Vatican no longer sees Diocese of Fairbanks as mission territory 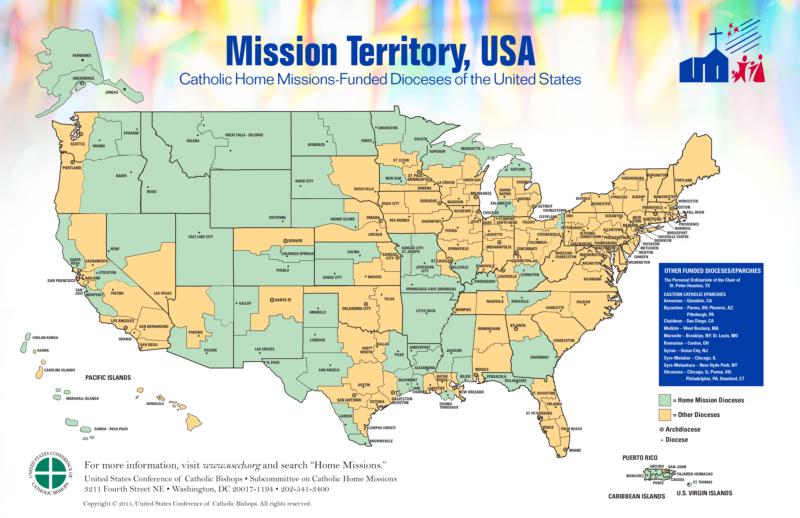 Mission territories are highlighted in green on this 2015 map of the United States and its island territories. The Diocese of Fairbanks, which will continue to receive support from other U.S. dioceses, no longer answers to the Vatican Congregation for the Evangelization of Peoples. (CNS photo/courtesy Catholic Home Missions, U.S. bishops’ Office of National Collections)

VATICAN CITY (CNS) — Pope Francis has decided to remove the Diocese of Fairbanks, Alaska, from the list of missionary dioceses around the world dependent on the Congregation for the Evangelization of Peoples.

Providing no explanation, the Vatican announced the change Nov. 11.

The Diocese of Fairbanks, the geographically largest U.S. diocese, was established in 1962. According to Vatican statistics, as of Dec. 31, 2017, the diocese had almost 12,500 Catholics, 46 parishes, 12 diocesan priests, five religious order priests and 27 permanent deacons.

PREVIOUS: Gospel is God’s gift, not a means to wage war, bishop says

NEXT: Music, art are a gateway to discover God’s greatness, pope says