Amid ‘supercharged’ politics, faithful urged to look to good news of Christmas 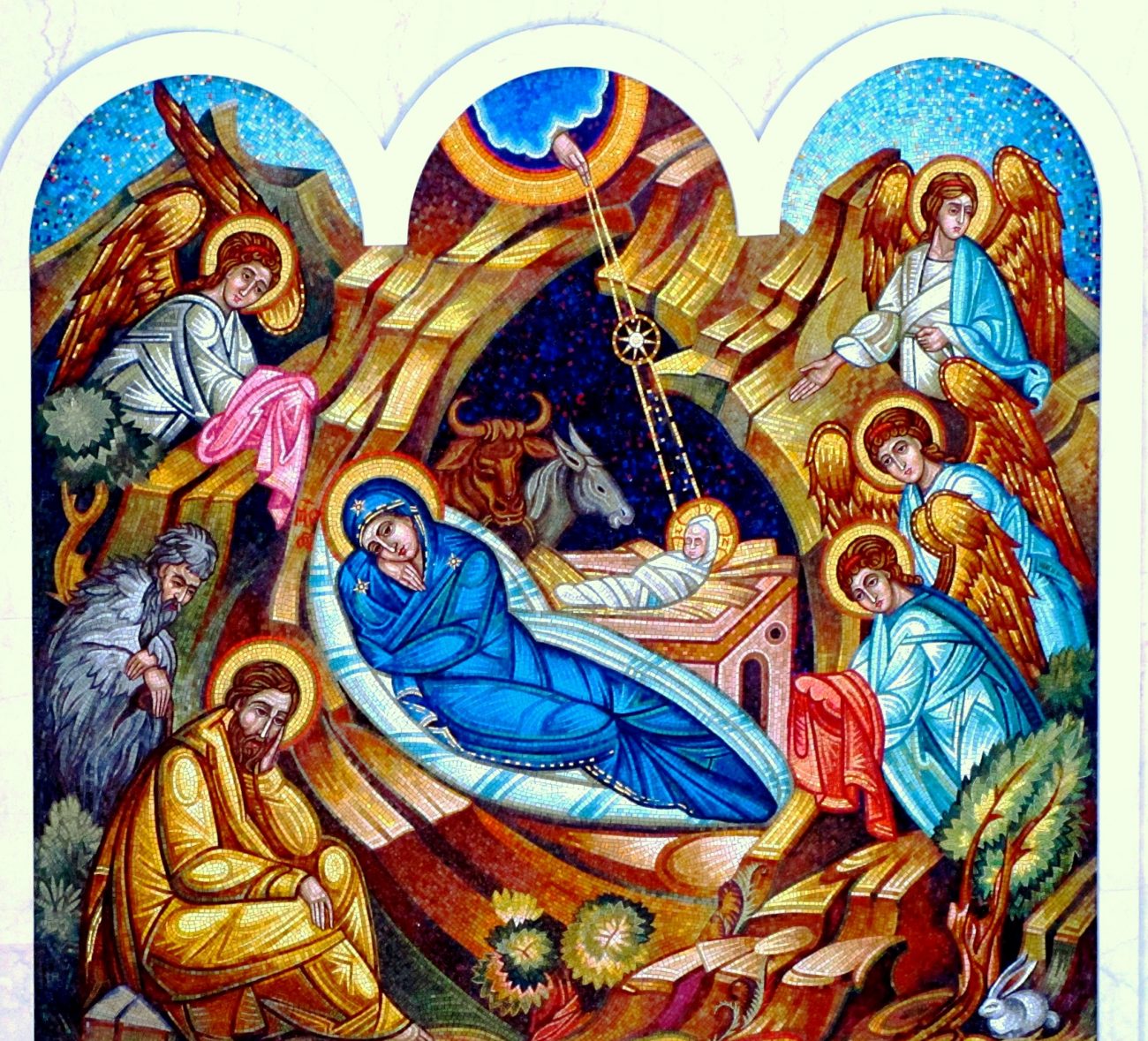 A Nativity mosaic triptych in the Ukrainian Catholic Cathedral of the Immaculate Conception in Philadelphia is seen in this undated photo. (CNS photo/courtesy Ukrainian Archeparchy of Philadelphia)

PHILADLEPHIA (CNS) — In a world and culture that makes believers weary and wary, the Ukrainian Catholic bishops of the United States in a Christmas pastoral message reminded all of the faithful that Jesus didn’t have it so easy himself, being born into a world that was not very welcoming or peaceful.

“These days we have a lot on our minds,” said the U.S. Ukrainian Catholic hierarchy. “The global political atmosphere is supercharged,” they added.

“There are indicators that depression, addictions and suicides are on the rise in the American population. Objective and subjective causes of anxiety abound: the absence of a moral compass, aggression in music and movies, immigration and refugee crises, poverty, the climate. Many among us are dislocated, bewildered and sad. Much in society is coming unglued. Things are not going that well in the church.

“There is much to mull over,” they added, “Even the good news of Christmas is filtered through the media and colored by conflicts and controversies.”

Yet “in the midst of all this, it is essential to remind ourselves what Christmas is really about,” the pastoral said. “The Nativity of the Lord begs to interrupt and distract us from our anxiety and alienation in the most gentle and vulnerable way. It could not be more humble, hidden or human.”

The bishops added, “The Son of God came into a world that was far from neat, peaceful or welcoming. Jesus was not born in a royal palace, as we sing in one of our beloved Christmas carols. He immediately met cold misery in a foul, infested cave. Herod’s bloody violence against children led Joseph and Mary to flee with the newborn Babe as refugees to a foreign land.

“The homeless Christ, Jesus the refugee, the helpless infant pursued by a tyrant is in full solidarity with our human suffering and loneliness — from day one! God is with us — you and me. He will never abandon us as we seek to live in holiness, dignity, and mutual love,” they said.

In a letter peppered with scriptural quotes and references, the bishops suggested that “this Christmas we all sit down and attentively read the Nativity narrative” in Luke 2:1-20 and Matthew 1:18-2:18. “Let us do so quietly, in our homes, with an icon and candle, with the starlit sky shining through the window, reading alone or with those dear to our heart,” they said.

“Let us reflect on the mystery of a God who becomes one of us, and share with others what we see and hear. When we share, our joy doubles. When we bring encouragement to those who might be sad, their sadness is cut in half.”

The bishops added quoting Luke 19:10, “The Lord could not be any closer to our human experience. He comes to us in a shepherd’s cave, inconspicuously, far from home … for all of us, for our salvation. ‘For the Son of Man has come to seek and to save that which was lost.'”

The full text of the Christmas pastoral can be found at http://ukrarcheparchy.us/the-way, the website of The Way, the newspaper of the Ukrainian Catholic Archeparchy of Philadelphia.