Catholic publications join in naming people of the year 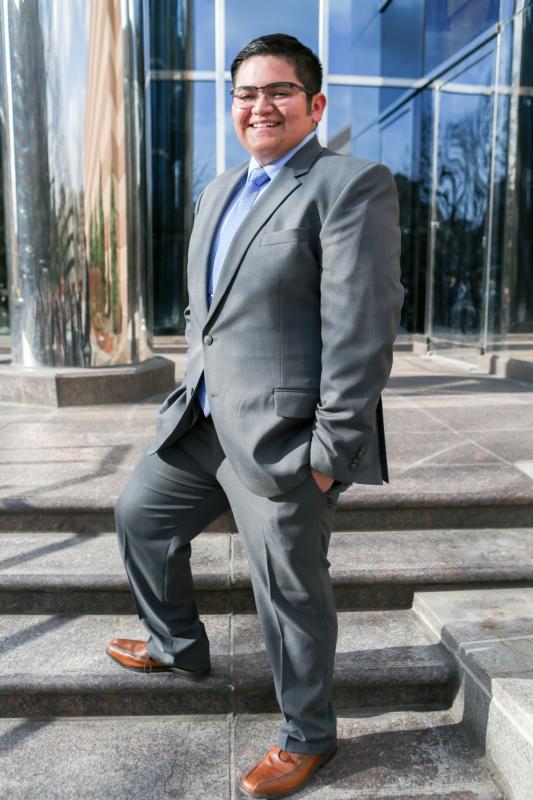 Kendrick Castillo, a Catholic, is pictured in an undated photo. The 18-year-old senior at the STEM School Highlands Ranch in Colorado lost his life May 7, 2019, trying to protect fellow students from a shooter. Castillo was named by Our Sunday Visitor as one of its eight Catholics of the Year for 2019. (CNS photo/Knights of Columbus)

WASHINGTON (CNS) — With the close of 2019, Catholic publications joined the trend in naming people of the year by identifying Catholics who made a particular impact over the past 12 months.

The eight people to make Our Sunday Visitor’s list were: Los Angeles Archbishop Jose H. Gomez, president of the U.S. Conference of Catholic Bishops; St. John Henry Newman, English theologian canonized in 2019; Asia Bibi, a Catholic woman from Pakistan whose blasphemy charge was overturned in 2019; Janice Benton, a founder of the National Catholic Partnership on Disability; Kendrick Castillo, a Colorado student who was killed in May after rushing toward a school shooter; Bob Lockwood, former president of Our Sunday Visitor; Franciscan Sister Stephanie Baliga, an athlete who uses her talent to raise funds for charity; and Supreme Court Justice Clarence Thomas.

In naming Pelosi as its focused honoree, National Catholic Reporter cited her “steady and thoughtful service to the nation at a time of extraordinary challenge and for exemplifying, in all its complexity, a public and, in this case, political role in which her Catholicism acts as a kind of moral bedrock.”

Our Sunday Visitor’s honorees were described as “clergy, religious and lay Catholics who have inspired others through the faithful witness of their lives.” The publication thanked them for their “service to the church and for being shining examples of how to follow the will of God.”

The eight chosen by the newsweekly included two who died this year: Castillo, the high school student who was posthumously named a Knight of Columbus at the organization’s Supreme Convention in Minneapolis, and Lockwood, who died in March after a longtime career as a Catholic communicator. Another honoree, St. John Henry Newman, died in 1890, but was canonized in October.

Archbishop Gomez was described by the publication as someone who “embodies the type of leadership” that Hispanic Catholics have said for decades that they can offer the “institutional church in many corners of Catholic life.”

Bibi, who was acquitted of blasphemy charges in May, was praised for her “untiring courage and faith over the years” that inspired human rights activists, politicians and the media. Benton, who retired this year as executive director of the National Catholic Partnership on Disability, was praised for her efforts to integrate her work into other church ministries such as catechesis, Catholic education, cultural diversity, divine worship, marriage and family Life, pro-life, social concerns, vocations and youth.

Justice Thomas was honored for his “unwavering defense of the unborn” in his 28 years on the Supreme Court and the publication highlighted a “scathing concurring opinion” he wrote in May “tracing the link between abortion and eugenics.”

Our Sunday Visitor also noted that many have been touched by Sister Baliga’s “infectious joy and her glowing faith” describing the sister who is a Franciscan of the Eucharist of Chicago. The 31-year-old woman religious who has long been a cross-country runner has created a running group for the Chicago Marathon which has raised more than $800,000 for the Mission of Our Lady of the Angels since 2011. The funds in turn, bring “Christ to the poorest of the poor,” the publication said.

National Catholic Reporter said it singled out Pelosi for standing up to President Donald Trump when “no one, not a Republican nor a Democrat, not a politician nor cultural critic, seemed up to the task of challenging him or exposing him for the morally bankrupt character he is.”

The newspaper said that because of Pelosi’s support for keeping abortion legal, “some Catholics will be distressed that we characterize Pelosi as exemplifying public service by a devout Roman Catholic. It also called out political leaders “who want the ‘pro-life’ label, while ignoring or exacerbating the plight of immigrants, the effects of poverty, the reality of climate change, increasing income disparity and other social issues.”

The paper said that on other issues such as climate change, universal health care, anti-poverty efforts, and gun control, Pelosi has stood behind policies supported by the nation’s bishops.

National Catholic Reporter said Pelosi was placed in the “brightest of spotlights” for standing up to President Trump, but it said she should also be applauded for “tirelessly advocating for the poor and migrants, for defending the Constitution and distinguishing between run-of-the-mill political issues and those that warrant impeachment, and for being willing to demonstrate publicly that faith can and should be an inspiring force in society, even when things get messy.”

An opinion piece in The Hill, a political news website, chose Pelosi as Political Person of the Year.

The Washington Free Beacon, a conservative political news website named Castillo as its Man of the Year for bravery in facing the school shooter at his Colorado school and helping disarm him before losing his own life.

This year, Time magazine chose Swedish teenage climate activist, Greta Thunberg, as its Person of the Year. The publication has honored a person or persons who made an impact each year since 1927, giving the honor to Pope John Paul II in 1994.

NEXT: Pope accepts resignation of Bishop Higgins from military archdiocese