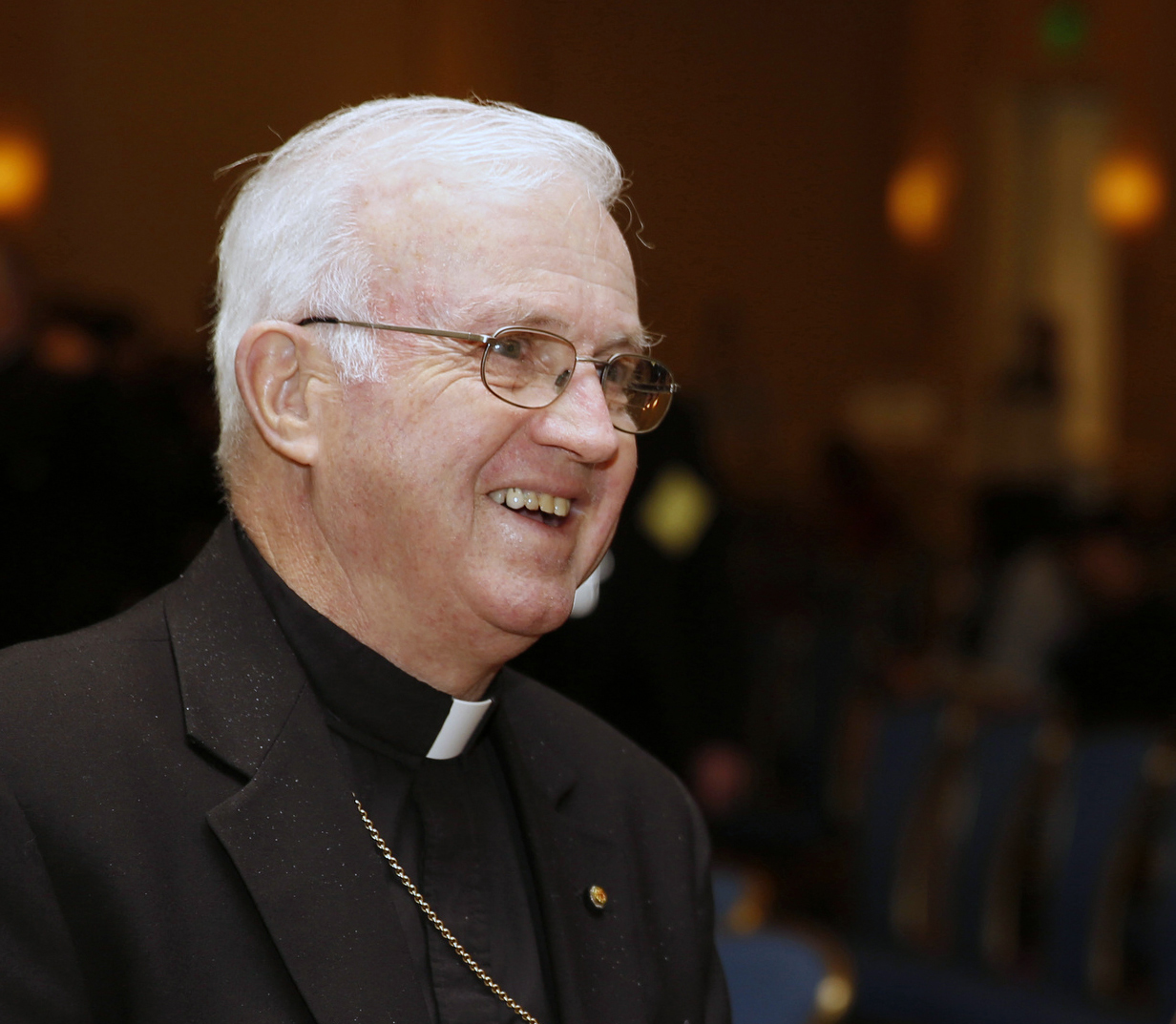 Pope Francis has accepted the resignation of Auxiliary Bishop Richard B. Higgins, the episcopal vicar for veterans affairs of the Archdiocese for the Military Services. Bishop Higgins is pictured in a Nov. 17, 2015, photo. (CNS photo/Bob Roller)

WASHINGTON (CNS) — Pope Francis has accepted the resignation of Auxiliary Bishop Richard B. Higgins, the episcopal vicar for veterans affairs of the Archdiocese for the Military Services.

The retirement of Bishop Higgins, who reached the normal retirement age of 75 last February, was announced Jan. 2 in Washington by Archbishop Christophe Pierre, the apostolic nuncio to the United States.

Bishop Higgins’ duties as vicar for veterans affairs included responsibility for the more than 200 chaplains serving at more than 150 VA hospitals in the United States, Puerto Rico and Guam.

Born Feb. 22, 1944, in Longford, Ireland, he studied at Rome’s Pontifical Lateran University and was ordained to the priesthood for the Diocese of Sacramento, California, March 9, 1968.

After serving in several parishes in the diocese, he joined the U.S. Air Force in September 1974 and served as a Catholic chaplain at bases in the United States, Iceland, Germany and in the Pacific. He reached the grade of colonel before his military retirement in October 2004, five months after he was ordained a bishop. St. John Paul II had named him an auxiliary for the archdiocese serving members of the U.S. military and their families.

At the time of his appointment, Bishop Higgins said he was going to have “to get real smart real quick” about the Army, Navy, Marines and Coast Guard. “I’m a blue-suiter,” he said, referring to the color of the Air Force uniform.

Commenting a month later on the photos that surfaced showing U.S. soldiers torturing and abusing Iraqi detainees and prisoners, Bishop Higgins said the abuses go against what the U.S. military stands for and the actions of the vast majority of the members of the U.S. armed forces. “The military is no place for Rambos. We have to weed them out,” he added.

At his episcopal ordination later in 2004, he said he was “grateful to our marvelous God who has a wonderful sense of humor,” adding that “he really knows how to mess with me.” He compared his emotions at the ordination Mass to the twists and turns he experienced on the Canyon Blaster, a 47-second roller-coaster ride in Las Vegas.

Bishop Higgins served as vicar for veteran affairs and as bishop protector for the 10,000 members of the Catholic War Veterans of America.

During a 2007 confirmation ceremony at the Army’s Fort Bragg in North Carolina. Bishop Higgins asked the assembly how many use their phones to talk to friends and families — and then asked those who raised their hands how many of those minutes are spent talking to the Lord.

In July 2007, when Cardinal Edwin F. O’Brien, then archbishop for the military services, was appointed archbishop of Baltimore, Bishop Higgins served as administrator of the military archdiocese until the January 2008 installation of Archbishop Timothy P. Broglio.

In a Veterans Day statement in 2007, Bishop Higgins lauded the example of two chaplains who died in action and whose sainthood causes are being pursued: Father Emil J. Kapaun, an Army chaplain who died in a Chinese prisoner-of-war camp during the Korean War, and Maryknoll Father Vincent R. Capodanno, a U.S. Navy chaplain who died in 1967 while serving with the Marines in Vietnam.

“These two servants of God exemplified the best characteristics of true Christian generosity and compassion for their brother soldiers,” Bishop Higgins said. “In giving their lives in the service of God and country, they lived the Gospel message of ‘laying down one’s life’ for one’s friends and fellow soldiers.”

The bishop attended a 2013 White House ceremony during which Father Kapaun was posthumously awarded the Medal of Honor, the United States’ highest military honor.

In 2011, Bishop Higgins distributed ashes for the last Ash Wednesday at the Walter Reed Army Medical Center in Washington. The medical center was combined with a naval hospital in the Maryland suburbs, with the Washington site undergoing a conversion for diplomatic, housing, retail and children’s medical needs.

At Walter Reed, he told Catholic News Service that Americans do not always appreciate the service of the military.

Bishop Higgins said only about 5 percent of Americans have ever spent time in a uniform, so the U.S. war in Afghanistan — which is still being fought — does not always make the top 10 list of concerns of the other 95 percent of Americans. “When our troops went to war,” he told CNS, “America went to the mall.”

PREVIOUS: Catholic publications join in naming people of the year

NEXT: ‘Violence in the name of God is blasphemy,’ USCCB president says