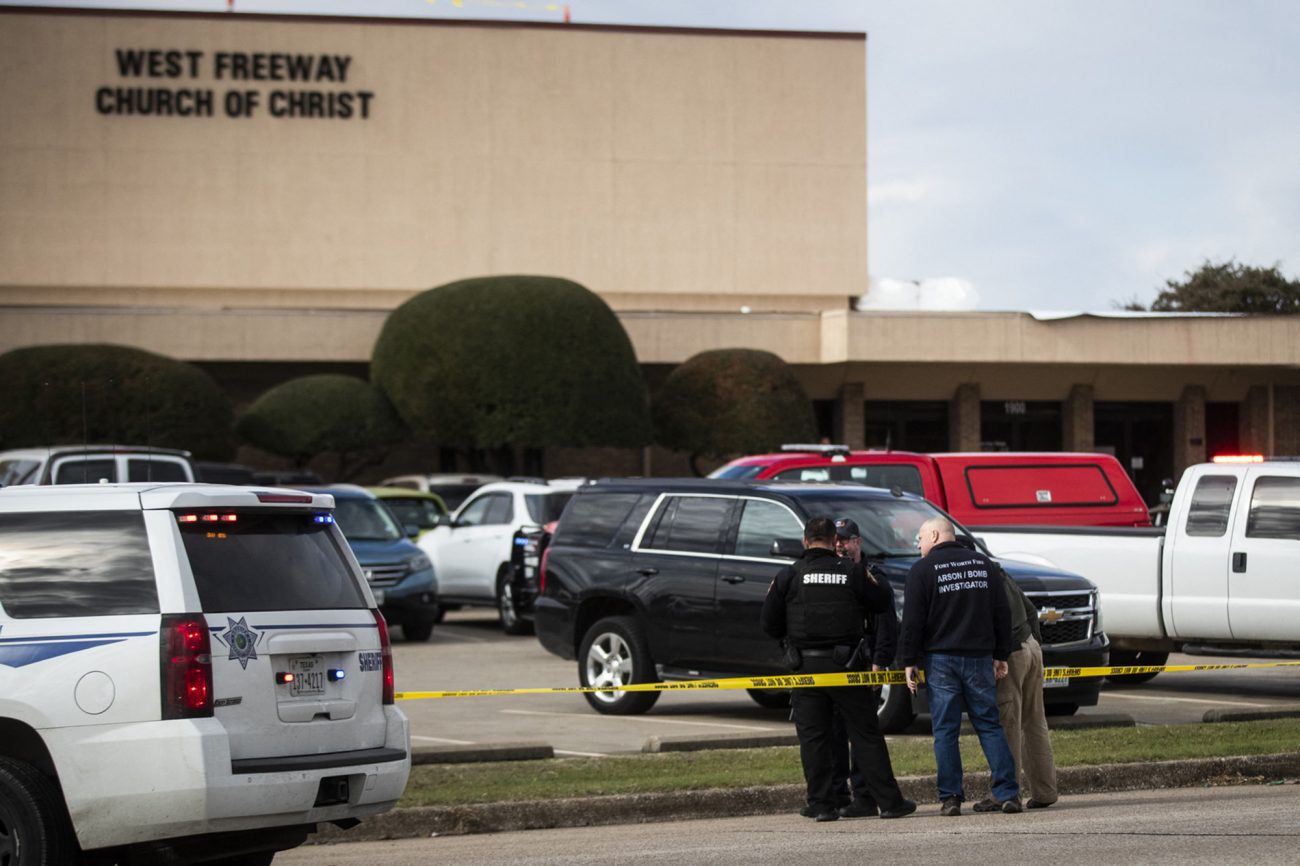 WASHINGTON (CNS) — Two Texas Catholic bishops offered words of condolence and prayers to the members and families of the victims of a church shooting in which two worshippers were killed.

Archbishop Gustavo Garcia-Siller of San Antonio and Bishop Edward J. Burns of Dallas said they prayed that sin and evil would not overtake society.

A gunman killed two people Dec. 29 during Sunday services at West Freeway Church of Christ in White Settlement, Texas, before members of the congregation fatally shot him, authorities said.

Police were called to the church about eight miles west of Fort Worth before 11 a.m. after two members of the church’s volunteer security team opened fire on the gunman, The Dallas Morning News reported.

“My heart goes out to the victims killed and wounded in the shooting this morning” at the church, Archbishop Garcia-Siller said in a statement Dec. 29. “My prayers are with all who were traumatized by this senseless tragedy.

“That this act of violence occurred in a house of worship unfortunately no longer shocks our senses. At this time of bitter division and polarization, we must unite in common purpose and commitment to save our society. We can do no less,” he said.

Bishop Burns offered “heartfelt prayers for those affected by the shootings” in a tweet posted late Dec. 29.

“As people of faith, we know that sin, evil, suffering, and death will not have the last word,” he added.

The names of the victims and the gunman had not been released as of the morning of Dec. 30. But the daughter of one of the victims told KXAS-TV that her father Anton “Tony” Wallace had died.

Tiffany Wallace said she ran to her father after he was shot.

“I was just holding him, telling him I loved him and that he was going to make it,” she said.

Two people were treated at the church for minor head injuries they received as they dived for cover during the shooting, according to Marcara Trusty, spokeswoman for MedStar ambulance service, the newspaper reported.

A recording of the live stream of the service showed a gunman approach a man standing in the back of the church, pull out a long-barrel gun and fire it, striking two worshippers. A member of the church’s security immediately returned one shot, downing the gunman.

The security team member was identified as Jack Wilson, a candidate for Hood County precinct commissioner. Wilson discussed his response in a posting on his campaign’s Facebook page.

“I just want to thank all who have sent their prayers and comments on the events of today. The events at West Freeway Church of Christ put me in a position that I would hope no one would have to be in, but evil exists and I had to take out an active shooter in church,” Wilson wrote in the post.

“I am very sad in the loss of two dear friends and brothers in CHRIST, but evil does exist in this world and I and other members are not going to allow evil to succeed,” he continued, describing himself as head of the church’s security team. “Please pray for all the members and their families in this time. Thank you for your prayers and understanding.”

The FBI said late Dec. 29 that the gunman had had been arrested previously in several communities, but they declined to offer more details about his background. Media reported that the man had roots in the area and that he may have been transient.