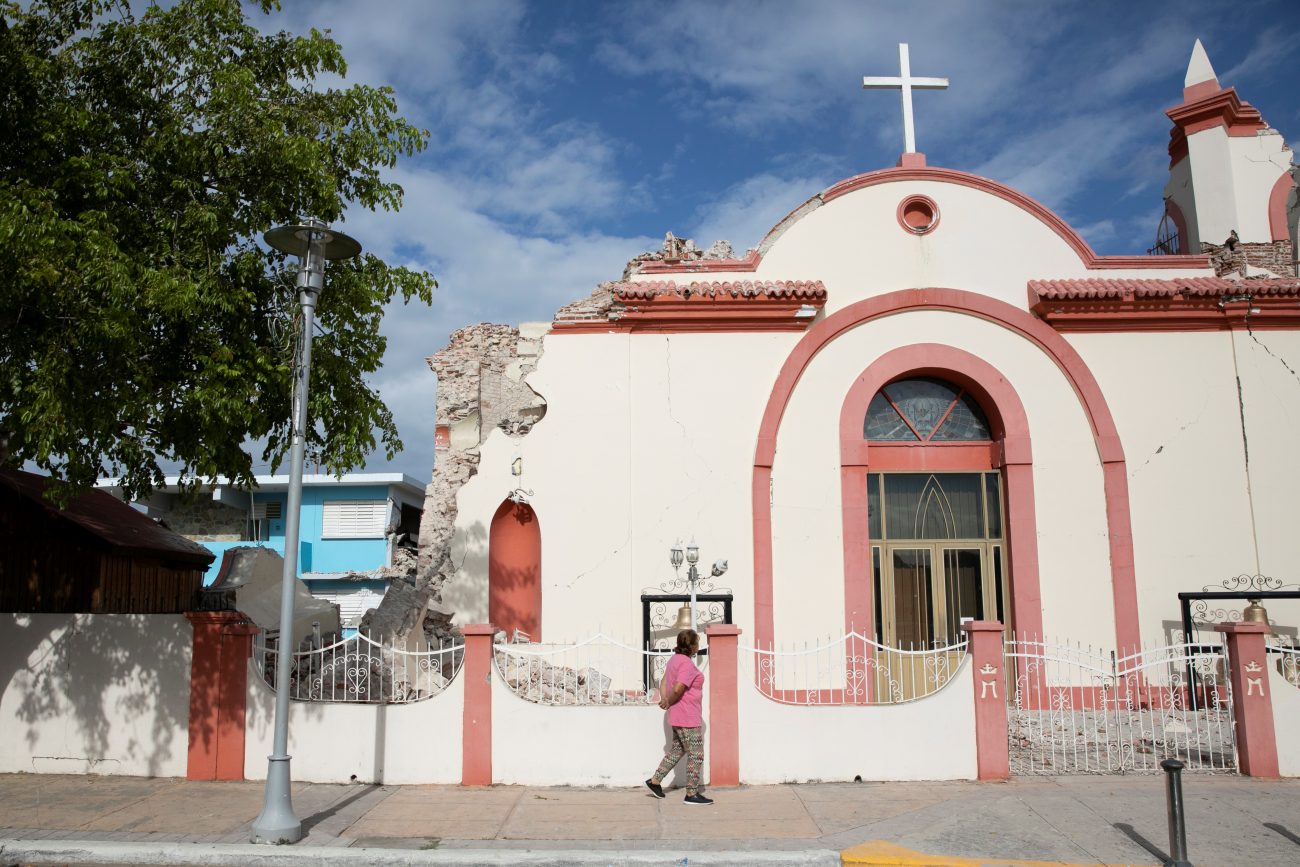 PONCE, Puerto Rico (CNS) — Jose Lebron-Sanabria, a Knight of Columbus and a general insurance agent for the fraternal organization, is coordinating assistance to Puerto Ricans in the aftermath of devastating earthquakes.

He led the Knights’ recovery efforts after Hurricane Maria decimated Puerto Rico in September 2017. Among other efforts this time, he is working with the Diocese of Ponce to bring food, water and nutrition drinks, like Glucerna and Ensure, to a religious monastery, home to 25 elderly nuns.

“I have a tool to offer my community and that is the Knights of Columbus,” Lebron-Sanabria said in a statement. The island is home to 5,240 Knights and 81 councils.

(Related: Local faithful with loved ones in Puerto Rico call for prayers)

The series of earthquakes, the highest being a magnitude 6.4, has leveled towns and parish churches on the southern coast of the island. Gov. Wanda Vazquez Garced has declared a state of emergency. Aftershocks continue to rock Puerto Rico.

The Knights of Columbus, based in New Haven, Connecticut, has established an online portal for donations for those affected by the quakes. Catholic Charities USA has established a Puerto Rico disaster relief fund that can accessed online.

In addition, the Archdiocese of New York is raising funds for Puerto Rico assistance. In a Jan. 10 letter, New York Cardinal Timothy M. Dolan asked priests of the archdiocese to raise funds to help the quake victims through a second collection at Mass.

In his letter, the cardinal said he was reluctant to ask for a second collection in the parishes, but, “given the unique relationship we share with Puerto Rico, I believe our people will respond generously if asked to show their support, as they have always done.”

He also noted that the Puerto Rico is still struggling to overcome the devastating effects of Hurricane Maria, making assistance even more critical.

Catholic Charities of the Archdiocese of New York, and the archdiocese itself, have already sent a combined $80,000 to Caritas Puerto Rico, which is helping lead the relief efforts.

In Puerto Rico, Jose Vazquez-Padilla, the Knights’ state deputy, and other Knights purchased 20 canopies to bring to the now homeless living outside of San Antonio Abad Church in Guanica. Not only were they providing immediate shelter, but more than 300 Knights cooked 1,000 hot meals Jan. 12 for those affected by the earthquakes in Guayanilla.

According to Father Segismundo Cintron, a Knight of Columbus from Don Juan Ponce de Leon Council 1719, 20,000 people from the town of Guanica were living and sleeping outdoors. Every structure in town has been deemed unsafe and uninhabitable in the aftermath of the earthquakes.

In Guayanilla, Immaculate Conception Church lost both of its bell towers and collapsed due to the seismic activity. The nearly 180-year-old church withstood a large earthquake in 1918, but now the only thing left is the parish courtyard, where Father Melvin Diaz Aponte has been celebrating Mass.

The priest, a Knight from Council 1719, told EFE News of his sadness witnessing the pain of the parishioners.

“We want to support them, help them and do what we have to do, as we all should,” he said.

He assured the congregation that they will rebuild, according to The New York Times.

Immaculate Conception is one of three churches destroyed by the earthquakes. Knights have brought the churches canopies so the parish priests will be able to continue Masses for their congregations.