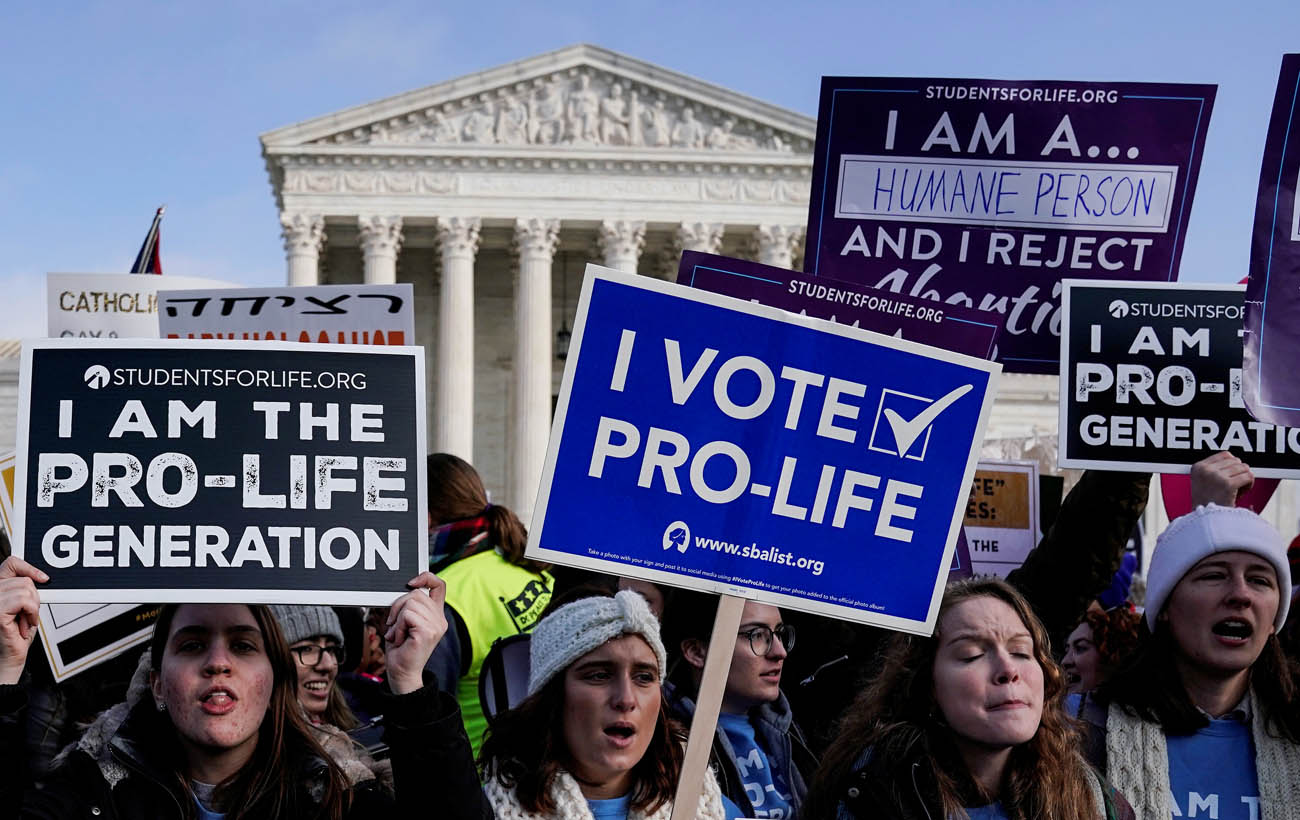 Pro-life supporters rally outside the U.S. Supreme Court during the 46th annual March for Life in Washington Jan. 18, 2019. The theme for the 2020 March for Life is “Life Empowered: Pro-Life Is Pro-Woman.” (CNS photo/Joshua Roberts, Reuters)

WASHINGTON (CNS) — The March for Life, the annual march in Washington to protest legalized abortion in the United States, is tying itself in 2020 to the women’s suffrage movement for the 100th anniversary of the 19th Amendment, which gave women the right to vote.

The theme of the march is “Life Empowers: Pro-Life Is Pro-Woman.” Jeanne Mancini, head of the March for Life, remarked how two noted suffragists of their day, Alice Paul and Susan B. Anthony, were themselves staunchly against abortion. A video made to support the upcoming march, to be held Jan. 24, said the women called abortion “the ultimate exploitation of women.”

An unnamed woman speaking in the video said 30 million female babies had been aborted since the twin 1973 Supreme Court rulings in Roe v. Wade and Doe v. Bolton that legalized abortion virtually on demand.

Mancini said speakers lined up for the pre-march gathering include Louisiana State Sen. Katrina Jackson, a pro-life Democrat who authored a bill in 2014 to require abortion doctors to have admitting privileges at nearby hospitals. It was ruled unconstitutional in 2017, but that ruling in June Medical Services v. Gee was reversed by the 5th U.S. Circuit Court of Appeals. The U.S. Supreme Court said in October it would take up the case, its first abortion-related case since the death of Antonin Scalia and the retirement of Anthony Kennedy.

Also on the speakers’ list is U.S. Rep. Christopher Smith, R-New Jersey, long a pro-life advocate, who has sponsored the Born-Alive Survivors Protection Act, which would bar the killing of any baby who survives an abortion. Two such survivors will speak as well, according to Mancini.

The 2020 march will be the 47th such march. “We march regardless,” Mancini said during a Dec. 3 news briefing in Washington about the march. In 2016, “we had ‘Blizzard-geddon,'” she added. An even stronger blizzard in 1982 that crippled the Washington region and its transportation network did not deter those hardy but few marchers who had already made it to the nation’s capital.

The 2019 march was “the first one we marched during a government shutdown,” Mancini added. She said she is working with the U.S. Park Service to assure that there would be no complications to conducting the march should the government be shut down again.

Mancini said more legislation on the abortion front is being advanced at the state level, and that the March for Life would be replicated elsewhere, including Virginia, Connecticut and Chicago.

Tom McClusky, president of March for Life Action, which is the sister organization of the March for Life Education and Defense Fund headed by Mancini, also spoke at the briefing. “If Roe v. Wade is overturned or weakened,” he said, “there will be even more action in the states.”

PREVIOUS: ‘Violence in the name of God is blasphemy,’ USCCB president says

NEXT: Fire drill at Mass? Oregon parish would rather be safe than sorry