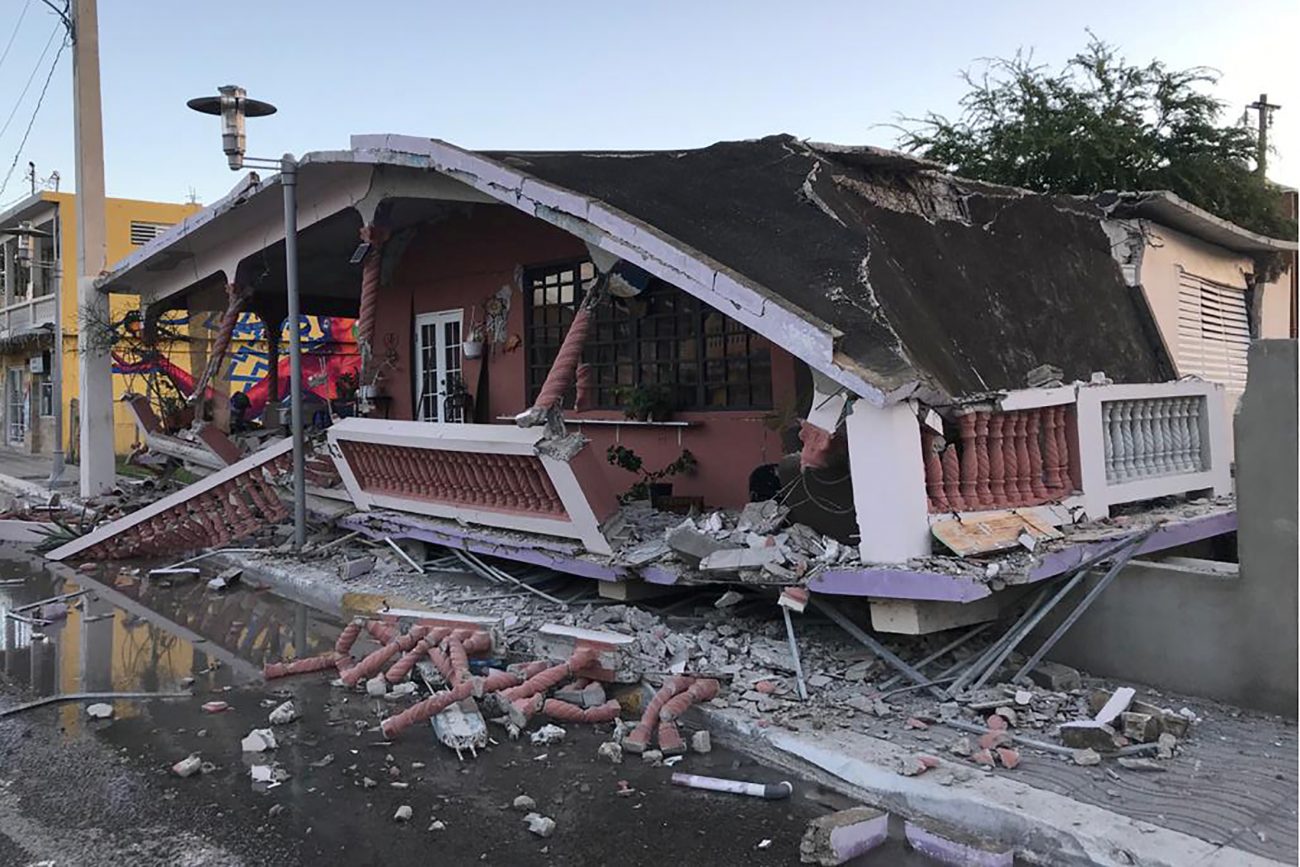 HOUSTON (CNS) — To an island still recovering from the devastation Hurricane Maria left behind in 2017, the repeated tremors, earthquakes and aftershocks since Dec. 28 have added another level of stress for Puerto Rico’s citizens, as well as its power plants and water plants.

Most of the quaking has been centered in the south and southwest parts of the island.

The towns of Yauco and Guanica especially have suffered immense damage to its buildings and roadways, and in between these towns is a small area that also has suffered much. It’s Santa Rita, where the Dominican Sisters of Fatima live in a historic convent, which has been hit hard.

Sister Ana Chevres said there had been so many small earthquakes and tremors that the sisters were prepared with their bags packed by the convent door just in case they had to leave their building in a hurry.

At 4:30 a.m. Jan. 7, a magnitude-6.4 earthquake hit the area, damaging nearly 600 buildings and killing at least one person in Ponce when a wall collapsed on him.

“It was super strong,” Sister Chevres told the Texas Catholic Herald, newspaper of the Archdiocese of Galveston-Houston.

She said the cement cracking, glass exploding and dust flying everywhere made it hard to see anything at the convent.

“Water pipes broke, so we were slipping trying to get out,” she said.

Getting the elderly sisters and those who are bedridden out was of the highest priority. They got them out of the building, setting up tents and beds in the patio area of the convent to accommodate the sick away from the buildings. Doctors arrived at the convent to help the sick and get them stable.

The next day, the sisters who are gravely ill and their caretakers were transported to a hospital in Ponce or other convents around the island. Only 12 sisters remained on the convent grounds sleeping in tents and cots supplied by the National Guard, which has been receiving supplies, other aid and donations as they arrive and distributing them to nearby towns, like Sabana Grande and Penuelas.

An engineer and an architect arrived to assess the damage in all the buildings on the convent’s campus. The garage had collapsed on one side. All three buildings, two on the main campus — one of which is 130 years old — and one across the street sustained considerable damage. Fortunately, the architect said all three houses can be repaired.

“He said the foundation is strong,” Sister Chevres said.

While studying in the United States, she felt God calling her, and at 15, she became a Dominican sister. After serving in different convents as a teacher, she felt the Holy Spirit calling her to help families and the poor in Puerto Rico.

With permission from her superiors, she began the first Puerto Rican congregation of sisters Nov. 3, 1949, with the mission “to bring Christ to the family and the family to Christ.” Starting with only a small chapel in Yauco, Madre Dominga was able to acquire the order’s current campus in Santa Rita in 1952.

Her life and service to Puerto Rico were well-known around the world. In 1984, she met St. John Paul II, who asked her to “pray for him.” That same year, St. Teresa of Kolkata, who had met Madre Dominga in Rome during a meeting of mother superiors, visited her at the convent in Santa Rita after hearing Madre Dominga, then 87, was ill. She died Jan. 16, 1993, at age 95. A cause for her canonization has been opened.

Today, the congregation has around 120 sisters who continue their mission. They run Casa Belen for women with addictions, founded the vocational school Institute for Services to the Individual, Family and Community, and help with social work at other convents on the island.

Because of their service and the need their community has for aid, many on the island immediately offered to donate to the sisters to help with anything they need, including rebuilding their home.

“The help we need is to get our house back up so we can all be together,” Sister Chevres said.

Torrellas is managing editor of the Texas Catholic Herald, newspaper of the Archdiocese of Galveston-Houston.