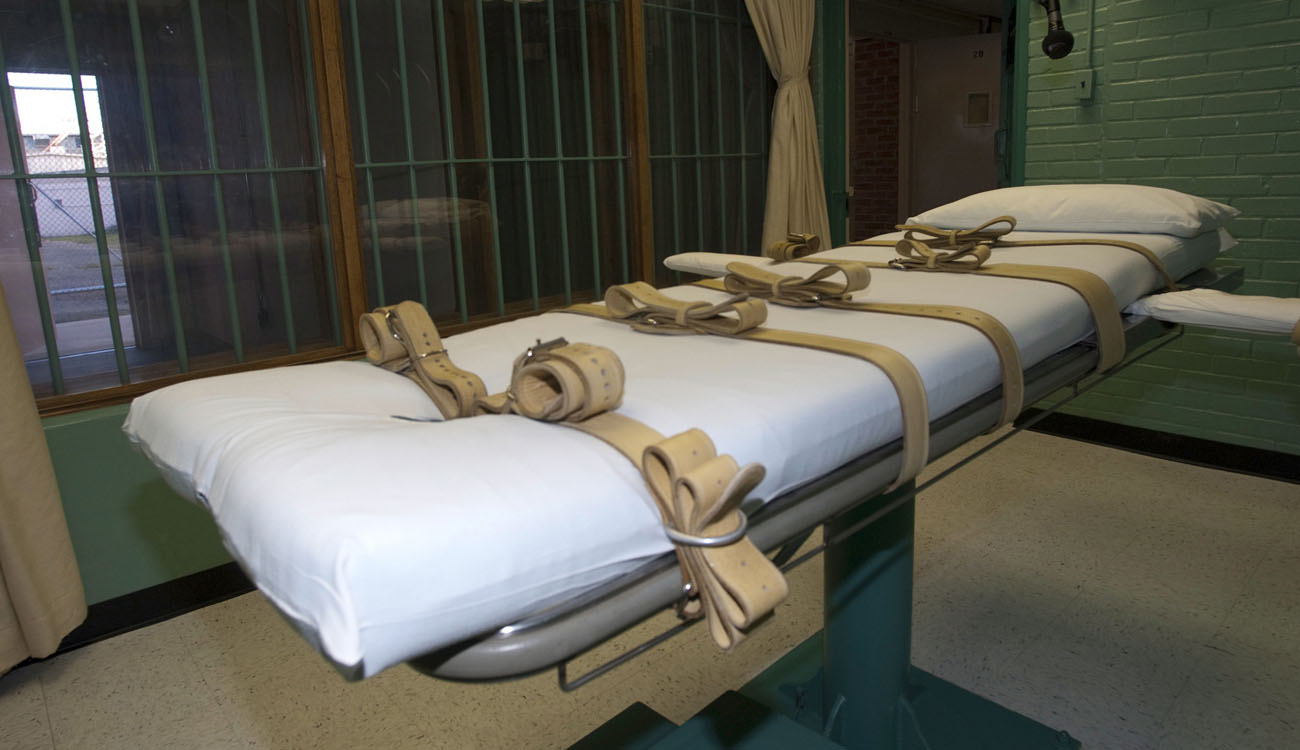 The death chamber table is seen in 2010 at the state penitentiary in Huntsville, Texas. In support of a Florida capital murder case, the U.S. bishops have urged the Supreme Court to resolve claims of “actual innocence” on merits, rather than dismiss them on procedural grounds. (CNS photo/courtesy Jenevieve Robbins, Texas Department of Criminal Justice handout via Reuters)

WASHINGTON (CNS) — In an amicus brief to a Florida capital murder case, the U.S. Conference of Catholic Bishops told the Supreme Court the claims of “actual innocence” of the Florida man sentenced to death for the crime “must be resolved on the merits and cannot be dismissed on any procedural grounds.”

In the case, “the central question raised by the petition is whether our society can permit the execution of a person without requiring a new trial when he has come forward with persuasive evidence of actual innocence,” said the brief, dated Jan. 17.

James Milton Dailey, was found guilty in 1987 of complicity in the murder of a 14-year-old girl. The verdict was rendered June 27; his first execution date was set for that Aug. 7 — 40 days after the conviction.

That Dailey has spent every day in prison wondering when his execution will be is in itself grounds against the Eighth Amendment’s provision against cruel and unusual punishment, said the 36-page brief, written by Owen Pell, counsel of record for White & Case in New York City. The most recent stay of execution was granted Oct. 23.

Dailey “was imprisoned over 30 years ago for a murder he has steadfastly denied committing. Indeed, it is undisputed that another man, Jack Pearcy, killed the victim and was duly convicted of the offense,” the brief said, while Dailey was “convicted on the basis of testimony of three jailhouse informants, who each had every incentive to lie.”

Evidence of innocence includes “a sworn affidavit by Pearcy wholly exonerating” Dailey, the brief said. “Viewed together, and in combination with the meager and suspect evidence that was presented against him at trial, the post-conviction evidence establishes the very real prospect that Mr. Dailey is innocent. Yet, the Florida Office of the Attorney General, the state lower courts and the Supreme Court of Florida have set aside such evidence.”

Pearcy was given a life sentence for the murder. Two fellow prisoners said Pearcy told them Dailey was not with him at the murder scene, although the two had been together earlier that evening. The USCCB brief said police showed newspaper clippings of the murder to 15 inmates in a bid to have some testify against Dailey.

“The evidence of Mr. Dailey’s actual innocence is not only credible; it is overwhelming,” the USCCB brief said; the U.S. bishops were jointed in the brief by the Florida Conference of Catholic Bishops, the public policy arm of the state’s bishops.

“The Catholic Church opposes the death penalty for it represents a violation of human dignity. It is fundamentally incompatible with the principle that human life is sacred and that redemption is always possible. The moral harm is all the more grievous, and utterly intolerable, when this irrevocable punishment is imposed upon an innocent person,” the brief said.

To buttress the moral argument against the death penalty in the Dailey case, the USCCB said, “It is the view of the Catholic Church that no social interest in procedural efficiency can ever justify the execution of a person who has a credible claim of innocence, no matter when, where, or how that claim arises.”

The brief cited Pope Francis’ declaration of Aug. 2, 2018, when he said: “The church teaches, in the light of the Gospel, that ‘the death penalty is inadmissible because it is an attack on the inviolability and dignity of the person.'” They also cited Pope Francis’ remarks against capital punishment in his 2015 address to a joint session of Congress during his U.S. visit; plus quotes from St. John Paul II, St. John XXIII and retired Pope Benedict XVI, as well as the bishops’ own 2005 pastoral letter “A Culture of Life and the Penalty of Death.”

“The court’s Eighth Amendment jurisprudence is likewise premised on a special regard for human dignity. This court has prohibited imposition of the death penalty except for the most egregious offenders committing the most egregious offenses,” the brief said. “A defendant who presents compelling evidence of actual innocence falls well outside the category of those eligible for death. Thus, credible claims of actual innocence must be resolved on the merits and cannot be dismissed on any procedural grounds.”

The brief took note of the Supreme Court’s plurality opinion in a 1958 case in which the court said, “The basic concept underlying the Eighth Amendment is nothing less than the dignity of man.” It also quoted from a 1993 high court case in which the justices said, “The central purpose of any system of criminal justice is to convict the guilty and free the innocent.”

“Before the court now is a case in which the guilty — Pearcy — has been convicted, serving a life term in prison for his heinous crime,” the USCCB brief said. “It remains for the court to insist that the criminal justice system perform the second part of its task: free the innocent after affording Mr. Dailey a new trial.”

PREVIOUS: After probe is announced, bishop says he wants his ‘good name cleared’