As violence escalates in Myanmar, bishop calls for dialogue 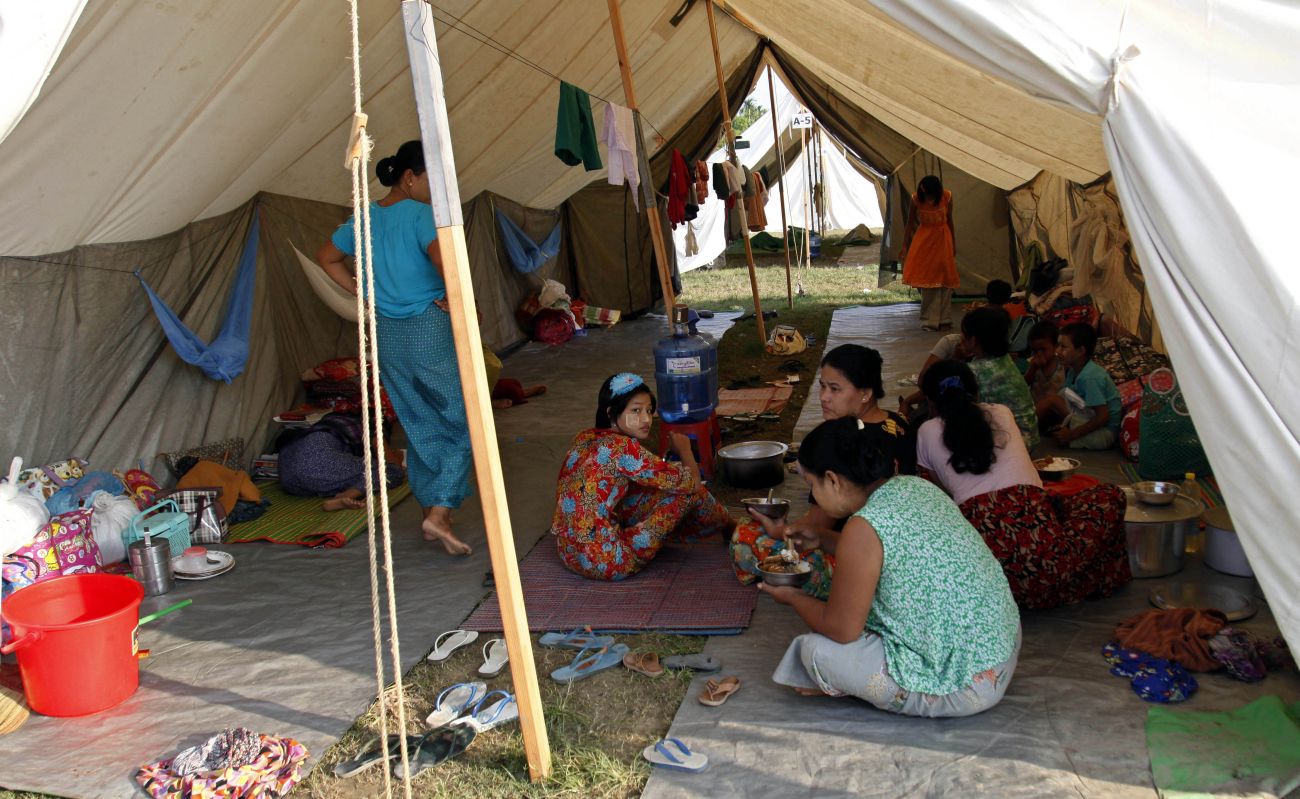 In this file photo, displaced Rakhine people who fled fighting eat their meal inside a temporary shelter in late October 2016 in Sittwe, Myanmar. Fighting has recently intensified in the country’s Rakhine state between the Myanmar military and Arakan army, an indigenous ethnic militia. (CNS photo/Nyunt Win, EPA)

His Pyay Diocese in western Myanmar covers troubled Rakhine, which has experienced the worst strife in decades, reported ucanews.org.

The 71-year-old prelate said the ongoing fighting has largely impacted civilian lives, with no end in sight.

“The conflict may be prolonged if one can’t keep extreme nationalism out of the picture,” he said.

“The elderly, young people and children are the victims of the war,” said Bishop Pyone Cho. He said he is concerned that more people may be displaced if fighting continues.

“There are no prospects for returning to the negotiating table as the concerned parties engage in more fighting,” Bishop Pyone Cho told ucanews.org.

The U.N. Office for the Coordination of Humanitarian Affairs reported Dec. 31 that clashes between the Myanmar military and the Arakan Army continue in Rakhine and parts of Chin state. More than 225 people were newly displaced in Sittwe township in Rakhine.

The Arakan Army is a largely Buddhist militia fighting for greater autonomy for indigenous ethnic Rakhine in the state. Rakhine also has a separate conflict that has seen more than 700,000 Muslim Rohingya flee to neighboring Bangladesh since August 2017 due to military offensives.

Bishop Pyone Cho said his diocese has collected clothes from parishioners to support internally displaced persons in Paletwa township in Chin state. The displaced are mostly ethnic Chin who belong to Catholic, Anglican and Baptist denominations.

The bishop said ongoing fighting and a lack of security have prevented him from carrying out pastoral visits and meeting the displaced in Chin.

According to diocesan records, Catholics, mostly ethnic Chin, account for 7,800 out of Rakhine’s total population of 3 million. Christians make up 1.4 percent of the state’s population, with Buddhists accounting for 63 percent, Muslims 34 percent and Hindus 0.5 percent, according to Myanmar’s 2014 census.

Cardinal Charles Maung Bo of Yangon has said Myanmar stands at the crossroads of history, facing many challenges.

“There are chronic wars, there is huge displacement, unsafe migration of thousands of our youth, climate change and the need for reconciliation among various people,” Cardinal Bo said in his Christmas message.

NEXT: Iraqis hope attacks, tensions by U.S., Iran will ease