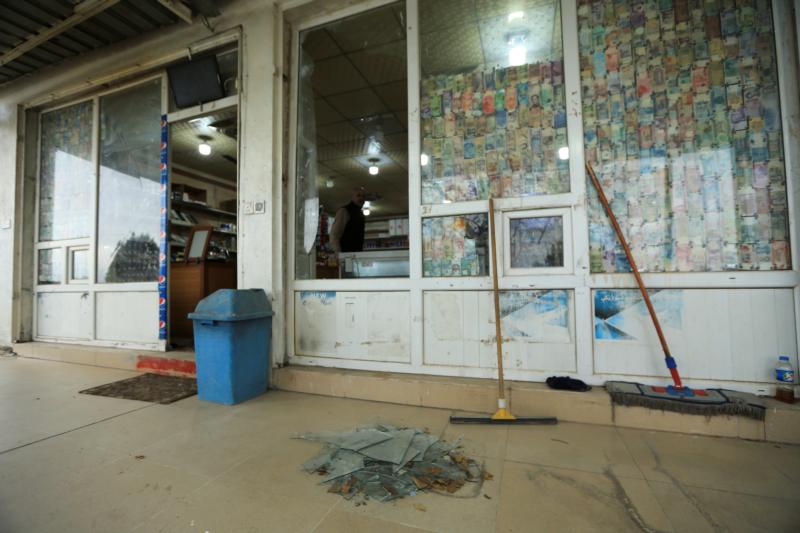 A man looks at a shattered glass window of a shop in the Iraqi province of Dahuk, Iraq, Jan. 8, 2020, after a missile launched by Iran against U.S.-led coalition forces. Iran attacked two bases in Iraq that house American troops with a barrage of missiles early Jan. 8 in retaliation for the U.S. killing an Iranian general Jan. 3. (CNS photo/Ari Jalal, Reuters)

AMMAN, Jordan (CNS) — Iraqis hope the violent attacks by the U.S. and Iran will ease and that moves to decrease tensions will take hold, said an Iraqi archbishop.

Chaldean Catholic Archbishop Yousif Thomas Mirkis of Kirkuk, Iraq, repeated the overarching concern of the majority of Iraqis, regardless of their religious affiliation: that foreign troops stop using their shattered homeland as a battlefield to settle scores.

On Jan. 8, Iran launched more than a dozen ballistic missiles at two Iraqi bases in what it said was retaliation for Washington’s targeted killing of Iran’s top militia commander, Maj. Gen. Qassem Soleimani, in Baghdad Jan. 3.

The missiles hit the al-Asad airbase, which houses U.S. troops, and American and coalition forces in the northern Iraqi town of Irbil, in areas not heavily populated.

“We haven’t heard anything about lives lost. Maybe it can stop here — the revenge,” Archbishop Mirkis told Catholic News Service by phone Jan. 8. “The revenge was in all the speech of yesterday. … Now, that it is done, let us go to negotiate.”

Iran called Soleimani’s killing an “act of war” and “state terrorism,” and vowed “hard revenge.” Soleimani is believed to have been responsible for hundreds of U.S. service member deaths in Iraq. He was also Iran’s main strategist in the Syrian conflict.

American officials said there were no initial reports of casualties, but the strikes’ impact was being assessed. Analysts expressed hope that the crisis can now be defused, with Tehran showing it has retaliated over Soleimani’s killing, while Washington may shrug off the limited nature of strikes. 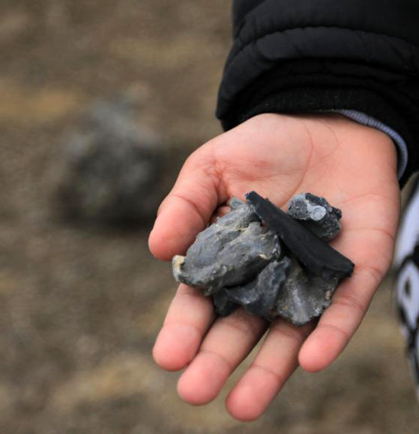 A man holds shrapnel from a missile launched by Iran on U.S.-led coalition forces in the Iraqi province of Dahuk Jan. 8, 2020. (CNS photo/Ari Jalal, Reuters)

“My anxiety was real,” Archbishop Mirkis said, referring to remarks he made earlier to CNS about the deep fears Iraqis share. They hate the fact that the United States and Iran are settling their differences on Iraqi soil and view this recent escalation between the two powers as very dangerous for their people.

Many fear that the assassination of Soleimani, known as the architect of Tehran’s proxy wars in the Middle East, could spark further sectarian divisions in Iraq between Sunni Muslims and Shiites.

“We are fed up with all kinds of troubles and war. We don’t want this anymore. Especially, the demonstrations in Baghdad are telling those who are with Iran or with America: ‘Let us live in peace,'” Archbishop Mirkis said, underscoring the demand by protesters to end Iranian influence in their country.

The archbishop and other Catholic leaders, included Iraqi Chaldean Catholic Patriarch Louis Sako, repeatedly have appealed for an immediate de-escalation of tensions and for countries to stop using Iraq as a battlefield.

Jordanian analyst Labib Kamhawi told CNS he sees both Iran and the U.S. as reluctant to give up their political influence and military control in Iraq.

“The whole battle is over Iraq. The Iranians have fueled the political crisis in Iraq and made the formation of a government an impossible task as retaliation (against) American support for all the demonstrations that took place against Iran’s influence inside Iraq,” he said of the recent popular protests against Iran that rocked Baghdad and the south of the country. More than 450 Iraqis have died in the demonstrations.

“The (Iranians) want the Americans out. The Americans want to stay in the way they want, not the way anybody else wants,” Kamhawi said of the 2014 invitation issued by Iraq to the U.S to send troops to battle Islamic State militants.

Analysts point out that Iran chose direct missile strikes from its own territory rather than using its proxy militia forces, such as Lebanon’s Shiite Hezbollah or Houthi rebels in Yemen.

But they wonder whether it will unleash such forces in asymmetric warfare against U.S. interests and allies in the region later on. They also said the ballistic missile strikes may cause great consternation for U.S. regional allies because despite Iran, being under sanctions, it has shown that it is capable to building weapons.

“We have enough of wars,” Archbishop Mirkis emphasized. “Since I am born, some 70 years ago, I have seen only wars, only rebellion, only revenge and without peace. These (actions) have completely destroyed our country.”

“We have nothing else to do, only pray,” he said.

In their monthly meeting in Lebanon Jan. 8, Maronite Catholic bishops said they were “extremely concerned” about the signs of escalating violence in the Middle East, “as a result of what happened recently in Iraq.”

The bishops asked God to enlighten the minds of officials in all countries in order to stop wars, killing and destruction. They also urged the international community “and the influential capitals to do their utmost to prevent further turmoil in a region that was … not stable.”

They specifically urges Lebanon’s politicians to commit to “fortifying” the state and to avoid plunging the country into regional conflicts.

The same day at the Vatican, Pope Francis used his general audience to address the current situation in Iraq, offering “a warm welcome to the Arab-speaking pilgrims, especially those from Iraq, Lebanon, Syria and the Middle East.”

“In the saddest moments of our lives, in the most distressing moments and of trial, we must not be afraid and be bold as Paul was, because God watches over us, he is always close to us. May the Lord bless you all and always protect you from the evil one,” he said.

PREVIOUS: As violence escalates in Myanmar, bishop calls for dialogue

NEXT: Amid threat of war, world must not give up hope, pope tells diplomats