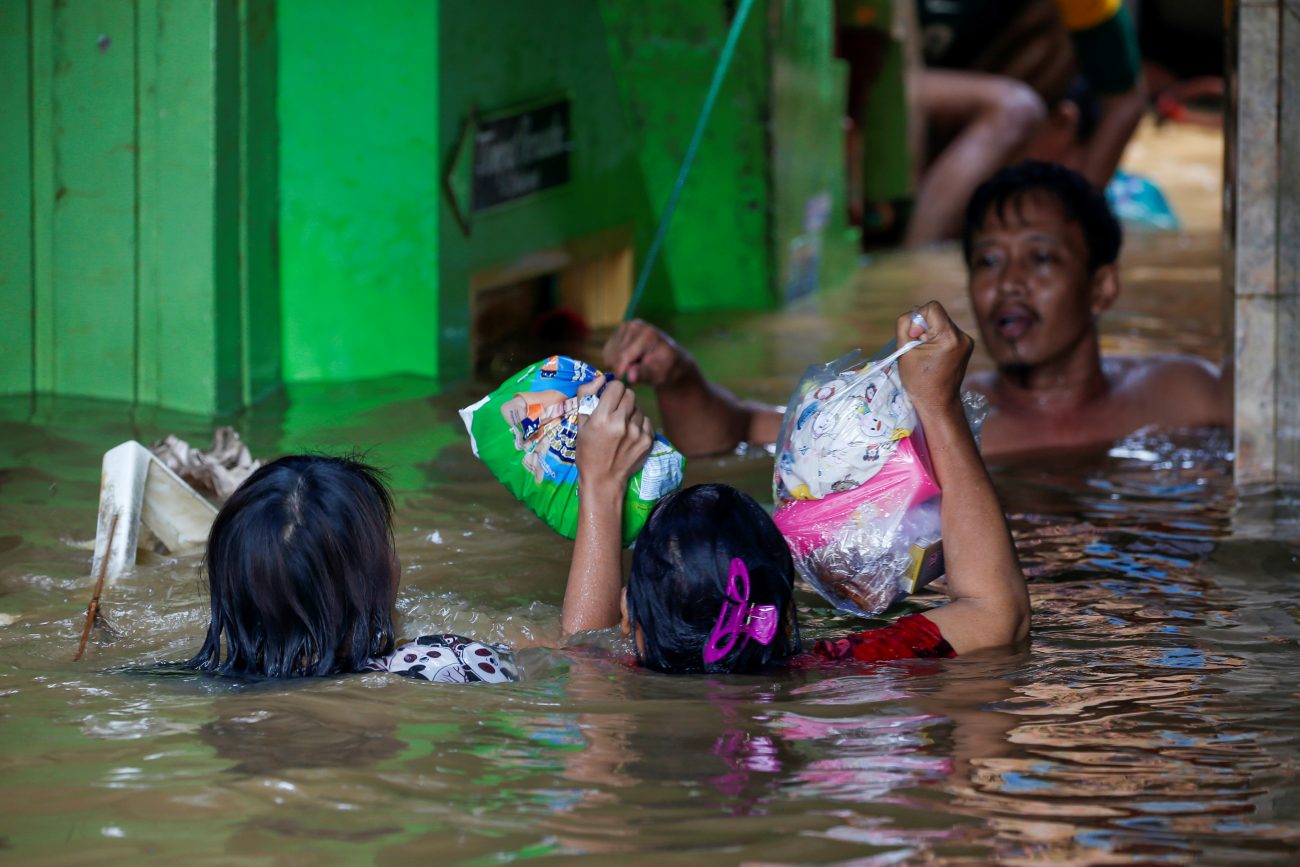 Women carry diapers as they cross a flooded area Jan. 2, 2020, after heavy rains in Jakarta, Indonesia.Caritas Indonesia (Karina) has joined forces with the Jakarta Archdiocese in distributing aid to people hard hit by floods that have killed dozens of people. (CNS photo/Willy Kurniawan, Reuters)

JAKARTA, Indonesia (CNS) — Caritas Indonesia (Karina) has joined the Jakarta Archdiocese in distributing aid to people hard hit by floods that have killed dozens of people in and around Indonesia’s capital.

Ucanews.org reported the floods are considered among the worst to have hit the Indonesian capital and its suburbs since records began. According to the National Disaster Management Agency, at least 60 people have died because of floods and landslides in Jakarta, West Java and Banten provinces, while more than 90,000 people remain displaced.

“Refugee service centers, public kitchens and health service centers have been established and are up and running in all these parishes,” she said. In addition, Karina is providing food, clothes, boats and medicine.

Jesuit Father Christoforus Kristiono Puspo, director of the Daya Dharma Institute, the humanitarian agency of the Jakarta Archdiocese, said the main priority was meeting the needs of victims in shelters. He said his group had 55 volunteers working with local people in affected areas.

The priest said his team is supplying food to the parishes running public kitchens and providing clothes and blankets. It is also providing uniforms and study tools for students returning to school after the Christmas and New Year holidays.

He said emergency aid was not only coming from Catholics but also from Buddhists, Confucians and Muslims. He also expressed fears that further rain that has been forecast could prolong people’s misery.

“More rain is expected in the coming weeks, so we have to be ready,” he said.

NEXT: Pope will celebrate Mass with bishops from 19 Mediterranean countries