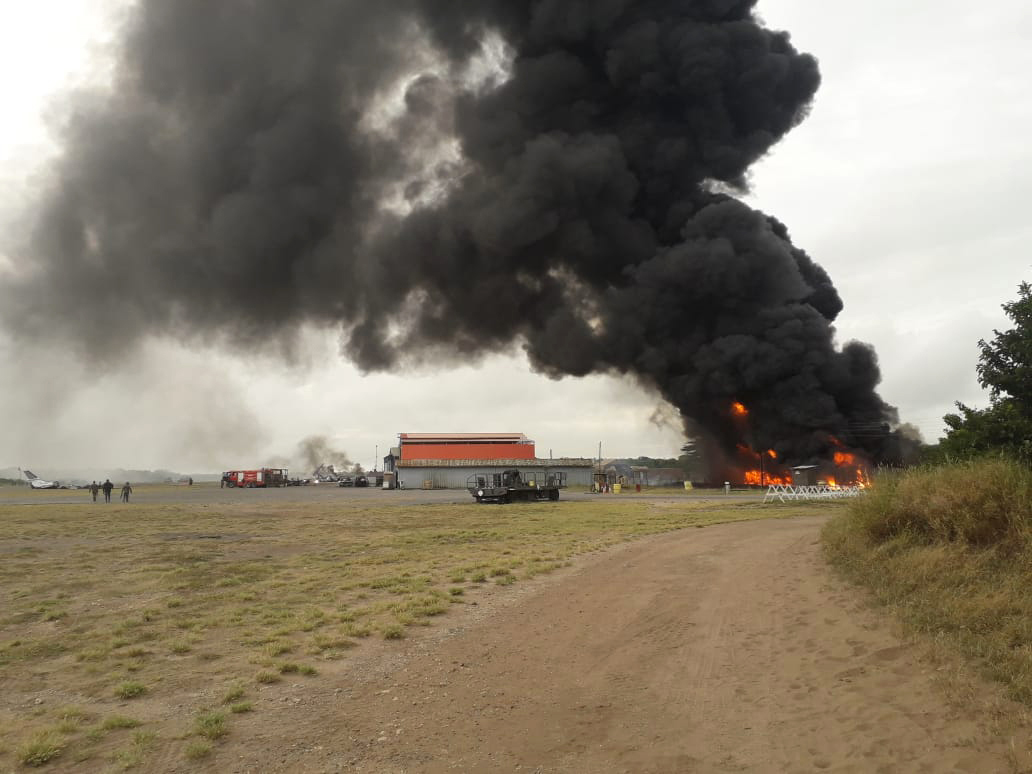 Smoke rises from a military base in Lamu County, Kenya, Jan. 5, 2020, after the Somali extremist group al-Shabab said it attacked the base. One American service member and two U.S. defense contractors were killed. (CNS photo/Xinhua News Agency, Latin America News Agency via Reuters)

The clerics feared the attack in Manda Bay in Lamu County — which occurred amid increasing tension in the Middle East — could be an act of revenge linked to the recent killing of the top Iranian military leader. It also could be retaliation for U.S. airstrikes targeting al-Shabab fighters after a truck bomb in Somalia’s capital, Mogadishu, killed at least 79 people.

“We are condemning the attack, which has disrupted peace and tranquility in the region,” Father Wilybard Lagho, vicar general of the Mombasa Archdiocese, told Catholic News Service. “I think the war on terror is redefining itself in the global scale. We are likely to see dormant terror cells reawakening.”

On Jan. 5, al-Shabab, the Somalia-based al-Qaida affiliate in East Africa, raided a military base in Manda Bay, killing one U.S service member and two Department of Defense contractors. Two other Americans were injured, said the U.S Africa Command.

U.S forces use the military base to provide training and offer counterterrorism support to East African countries.

Father Nicholas Mutua, justice and peace coordinator in the Garissa Diocese, which covers some parts Lamu County, said the church is extremely worried about its clergy in the area.

“They are hitting soft targets (which includes the churches). I think this is about revenge. It’s a time bomb, and the government must act fast to ensure the people are safe,” said Father Mutua, adding that church officials were constantly monitoring the developments.

PREVIOUS: Faith is about worshipping God, not oneself, pope says on Epiphany