Pope will celebrate Mass with bishops from 19 Mediterranean countries 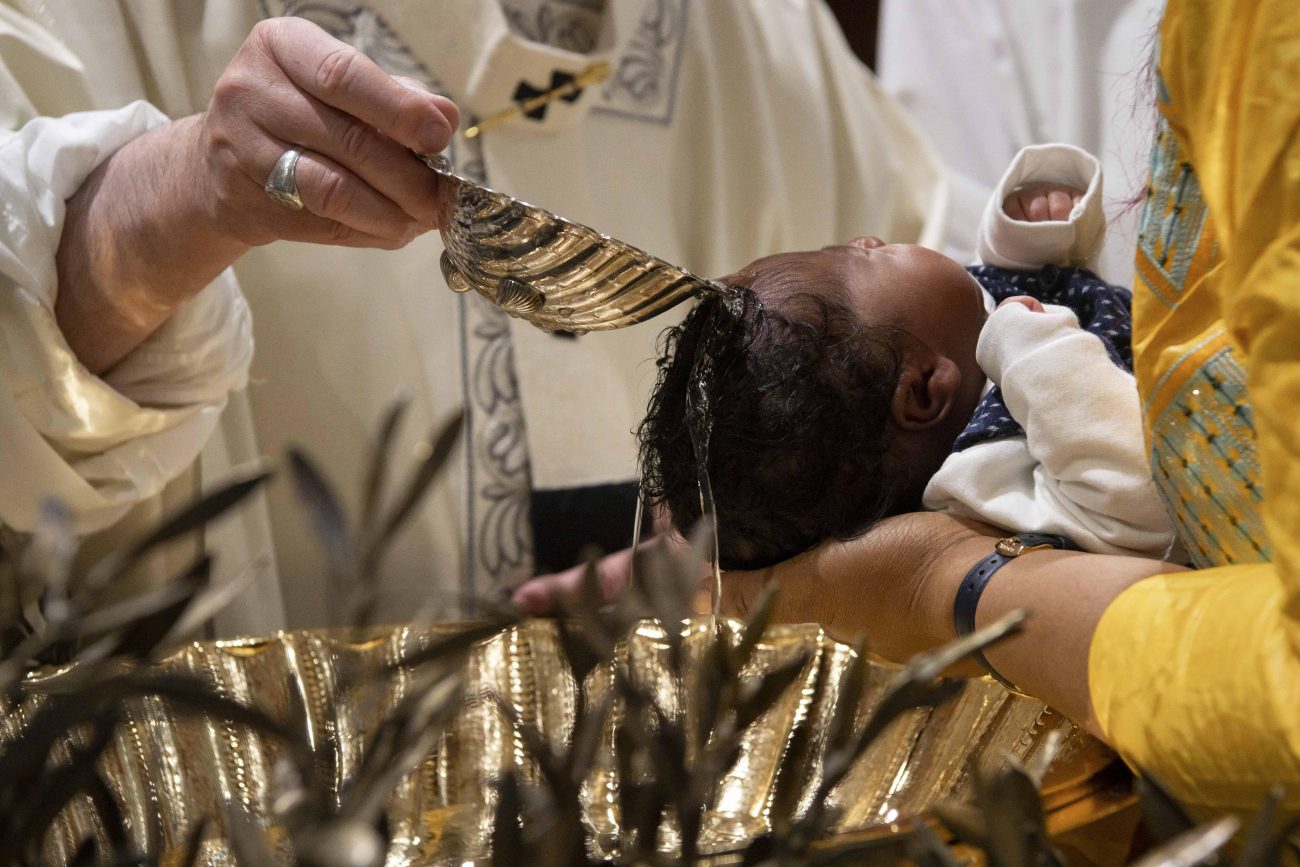 Pope Francis baptizes one of 27 babies during a Mass on the feast of the Baptism of the Lord in the Sistine Chapel at the Vatican Jan. 13, 2019. The Vatican has published Pope Francis’ liturgical schedule, which includes baptizing infants and celebrating Mass in Bari, Italy, with bishops from Mediterranean countries. (CNS photo/Vatican Media)

VATICAN CITY (CNS) — Pope Francis will travel to the southern Italian seaport city of Bari in late February to close a meeting of bishops from countries bordering the Mediterranean, the Vatican confirmed.

Publishing a list of the pope’s liturgies in January and February, the Vatican said he would celebrate Mass in Bari Feb. 23 at the end of the “encounter for reflection and spirituality, ‘Mediterranean, Frontier of Peace.”

Sponsored by the Italian bishops’ conference, the encounter Feb. 19-23 is expected to bring together more than 50 bishops from 19 Mediterranean nations in Europe, North Africa and the Middle East.

Migration obviously will be a major topic given the numbers of people trying to enter Europe either from Turkey or from North Africa. The bishops’ conference said the evangelization of young people, unemployment, cultural exchanges and peacemaking also are expected to be discussed.

Other events on the pope’s liturgical calendar, released Jan. 7, included:

— Mass and the baptism of infants in the Sistine Chapel Jan. 12, the feast of the Baptism of the Lord.

— An ecumenical evening prayer service Jan. 25 at Rome’s Basilica of St. Paul Outside the Walls for the close of the Week of Prayer for Christian Unity.

— Mass in St. Peter’s Basilica Jan. 26, the first celebration of the Sunday of the Word of God.

— Mass with members of women’s and men’s religious orders Feb. 1, the vigil of the feast of the Presentation of the Lord.

NEXT: ‘No end in sight to the horror’: Australian bishops respond to fires