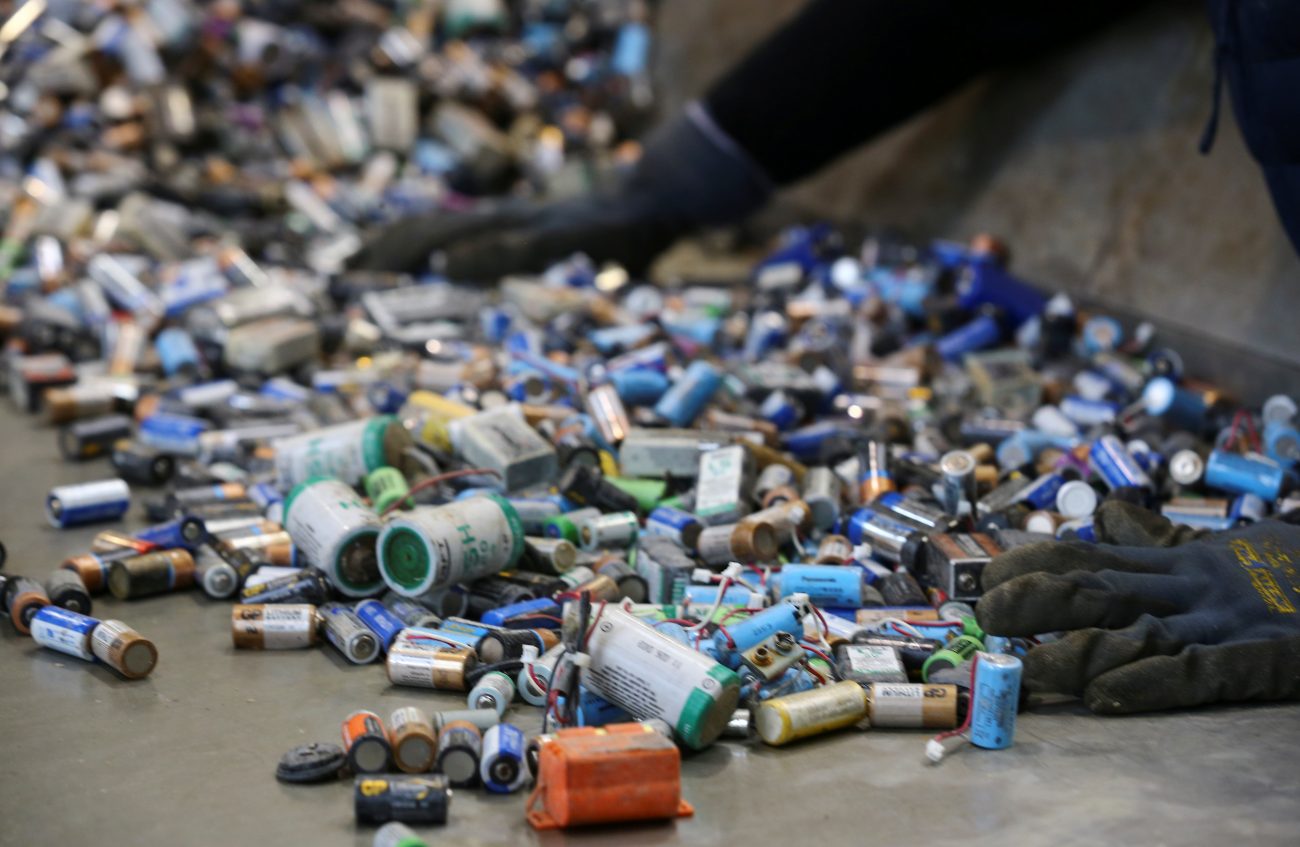 A recycler in Krefeld, Germany, sorts used nonrechargeable Lithium-ion batteries before recycling in this 2017 photo. Pope Francis announced in 2019 that the Catechism of the Catholic Church would be updated to include a definition of “ecological sin.” (CNS photo/Wolfgang Rattay, Reuters) See VATICAN-LETTER-ECOLOGICAL-SIN Jan. 2, 2020.

VATICAN CITY (CNS) — Pope Francis’ announcement that the Catechism of the Catholic Church would be updated to include a definition of “ecological sin” sent Catholic Twitter into a frenzy.

Reactions ranged from praise for how seriously the church was taking the obligation to care for creation to cynicism or even outrage over the church’s involvement in what many considered to be a highly politicized issue.

“This ‘create a sin’ is absurd,” one person tweeted.

Another Tweet argued that “harming people is a sin but not ‘harming the common home’ as if the environment were a being.”

If the wording of the catechism change “is vague or broad,” the tweet continued, it will do nothing “except foster politicized interpretations.”

Ecological sin was discussed at length during Synod of Bishops for the Amazon in October, and several members of the synod called on the church to deepen its theology in a way that would help people recognize such sins.

In their final document, synod members proposed that the church define ecological sin as “an act of commission or omission against God, against one’s neighbor, the community and the environment.”

Nearly three weeks after the synod, Pope Francis told members of the International Association of Penal Law that there were plans to include a definition of ecological sin in the Catechism of the Catholic Church.

The “Twitterverse” often reacts to news with sarcasm, and the mention of “ecological sin” was no exception. One tweeter surmised that a change in the catechism would mean considering “how many extra squares of toilet paper a Catholic can use before it becomes a sin.”

“Bless me, Father, for I have sinned. It has been two weeks since my last confession. I turned on the AC four nights, I used 9 pieces of single-use plastics, I forgot to compost, I gunned the engine twice, I ate imported fruit and neglected to recycle aluminum cans 6 times,” another Twitter user tweeted.

Theologian Celia Deane-Drummond, director of the U.K.-based Laudato Si’ Research Institute, told Catholic News Service in late November that ecological sins “are in one sense simple to understand, but in another sense complex, since they are in between the category of natural evil and moral evil.”

“Those natural disasters that happen, for example, with greater frequency due to climate change, can, at least in part, be attributed to human activity,” Deane-Drummond said.

While some argue that sins against creation in general cannot be equated with sins against other human beings, Deane-Drummond said ecological sins “join together human suffering and those of other creatures,” based theologically “on a doctrine of creation.”

“The story of Genesis portrays the fall of humanity as a breakdown of relationships between God, each other and the natural world. Everything, as Pope Francis says dozens of times, is interconnected,” she told Catholic News Service.

“It is therefore not surprising and completely in keeping with many centuries of Christian thought for ecological sins to be part and parcel of what it means to sin,” she added. “That is, both direct and indirect harms to other creatures and other people that are related to our human activities.”

Talking about “ecological sin” is not unprecedented, Deane-Drummond said, pointing to the Common Declaration on Environmental Ethics, a joint statement signed in 2002 by Ecumenical Patriarch Bartholomew of Constantinople and St. John Paul II.

The degradation of the environment and its natural resources, the statement said, is not an issue that is “simply economic and technological; it is moral and spiritual.”

“A solution at the economic and technological level can be found only if we undergo, in the most radical way, an inner change of heart, which can lead to a change in lifestyle and of unsustainable patterns of consumption and production. A genuine conversion in Christ will enable us to change the way we think and act,” the document stated.

“This idea has been around for some time,” Deane-Drummond told CNS. “What Pope Francis has done is to find a way to embed it more firmly in the church.”

Deane-Drummond told CNS that, in a practical sense, providing a definition in the catechism will help Catholics be more aware of detrimental practices such as overconsuming resources, lifestyles that promote a culture of waste, indifference to the suffering of people impacted by climate change and actions that lead to the extinction of species.

“By naming this as ecological sin, it makes our actions more visible,” she said. “The problem with the challenge we face is that such changes are both cumulative but also often invisible — it is hard to take moral responsibility for them as we don’t visibly ‘see’ what is happening.”