In ‘Draugen,’ gamers pick up clues, delve the mystery 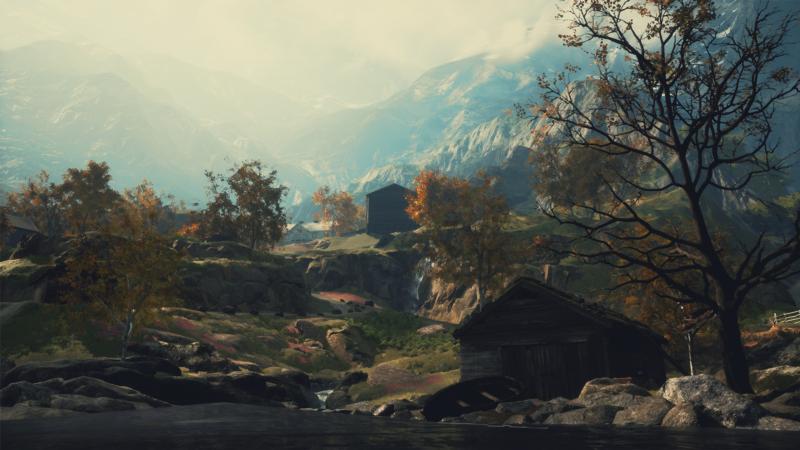 This is a scene from the video game "Draugen." The Catholic News Service classification is A-II -- adults and adolescents. The Entertainment Software Rating Board rating is T -- teens. (CNS photo/Red Thread)

NEW YORK (CNS) — Trauma and grief are among the challenging topics tackled in “Draugen,” by Norwegian game developer and publisher Red Thread.

This first-person adventure is a stunning and thought-provoking experience that’s not quickly forgotten. Depictions of death and suspenseful themes, however, make it best for older gamers.

Set in 1923 Norway, “Draugen” adopts the perspective of Edward (voice of Nicholas Boulton), an American naturalist, as he travels to the picturesque and isolated island of Graavik with his ward and assistant, Alice (voice of Skye Deva Bennett).

Although they have come to the island looking for Edward’s younger sister, Betty (voice of Jane Perry), they are quickly pulled into a deeper mystery when they realize the isle’s fishing village has been entirely abandoned.

By exploring the town and studying letters left behind by various residents, Edward and Alice unravel what happened in Graavik — and what fate befell Betty.

The first noteworthy game element is the soundtrack, composed by Simon Poole. Ethereal music is accompanied at times by slow, sorrowful Norwegian songs as gamers survey the beautiful backdrop of Graavik. Together, these elements draw the player deeper into Edward’s mindset and the tragic environment in which he finds himself.

Rushing through “Draugen” will cause players to miss important clues, so they should take their time learning about Edward, Alice, Betty and Graavik itself in order to see the full picture.

Banter between the somber Edward and the playful Alice is an engaging and crucial element of “Draugen.” Their friendship highlights their differences, as they discuss weighty matters about which they disagree.

As a scientist, Edward has come to reject the existence of God and holds that darkness is all that follows death, whereas Alice is a believer. Edward’s affection and respect for Alice inspire him, at times, to question his own lack of belief.

Edward misguidedly sees faith as nothing more than irrational superstition. Yet, as St. John Paul II wrote in “Fides et Ratio,” his 1998 encyclical letter exploring the relationship between faith and reason, these two aspects of the human experience are not exclusive of each other but complementary, “like two wings on which the human spirit rises to the contemplation of truth.”

There is, the pope observed, “no reason for competition of any kind between reason and faith: each contains the other, and each has its own scope for action.”

The game’s most significant flaw is its ending, which feels almost hurried. But that might have been the intention. As Edward has earlier advised Alice, “This isn’t Agatha Christie. There won’t be a convenient set of clues leading to a tidy conclusion.”

Playable on PlayStation 4, Xbox One and PC.

The game contains mild violence with some blood and occasional crass language. The Catholic News Service classification is A-II — adults and adolescents. The Entertainment Software Rating Board rating is T — teens.

NEXT: ‘Slay the Dragon’ takes up arms against gerrymandering