Archbishop Nelson Perez will ordain 13 men as transitional and permanent deacons in a Mass Saturday, June 13 at the Cathedral Basilica of SS. Peter and Paul. The 10 a.m. liturgy will be livestreamed on CatholicPhilly.com. Because of the unprecedented effects of the coronavirus pandemic, the ordinations were delayed this year. The Mass marks the first time both permanent and transitional deacons will be ordained at the same time in the archdiocese.

The following two candidates will be ordained transitional deacons for the Archdiocese of Philadelphia, with priestly ordination anticipated in 2021: 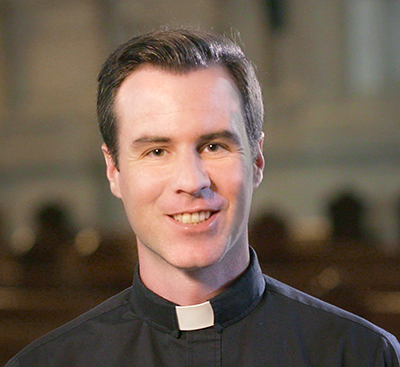 Kenneth L. Cavara, 39, is a member of St. Agnes Parish, West Chester. He is the son of Noreen and the late Kenneth Cavara. He graduated from West Chester University (Class of 2005) with a bachelor of arts degree in political science. After West Chester University, Kenneth taught English as a second language in Taiwan from 2006-2008. When he returned to the United States, Kenneth began a career in medical sales which relocated him to Hattiesburg, Miss. He entered St. Charles Borromeo Seminary in 2014. 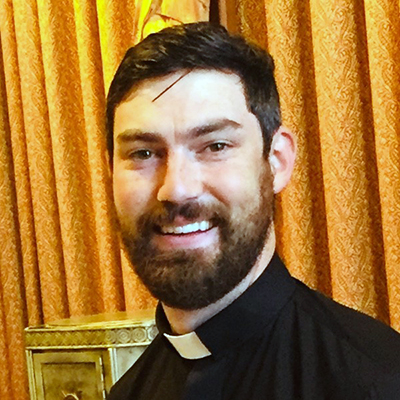 Mark A. Tobin, 33, is a member of Assumption B.V.M. Parish in West Grove. He is the son of Bill and Stephanie Tobin and the third of six siblings. After attending Avon Grove High School Mark enlisted in the Navy where he served for five years as a Special Warfare Combatant Crewman (SWCC) with two deployments to Iraq. After his service attended West Chester University and earned his bachelor’s degree in business marketing. Mark then entered St. Charles Borromeo Seminary where he completed his master’s degrees in philosophical studies and divinity (theology).

The following candidate will be ordained a transitional deacon for the Diocese of Mymensingh, Bangladesh: 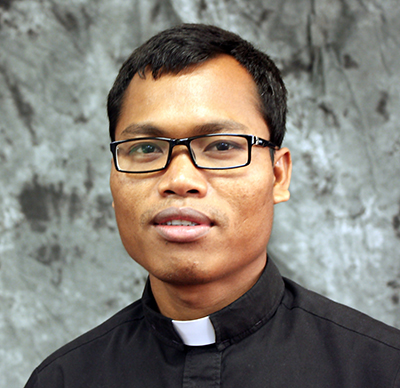 Prodip Philip Mrong, 30, is a member of Corpus Christi Church, Diocese of Mymensingh, Bangladesh. He is the oldest son of Proholad Chisim and Bely Mrong, and has two younger sisters living in Bangladesh. He enrolled in St. Paul Minor Seminary in 2002 then studied at St. Xavier Intermediate Seminary and St. Joseph Seminary where he earned a degree. He also attended Holy Spirit Major Seminary where he studied philosophy and one year of theology before completing his studies at St. Charles Borromeo Seminary.

The following candidate will be ordained a transitional deacon for the Congregation of the Mission (Vincentians): 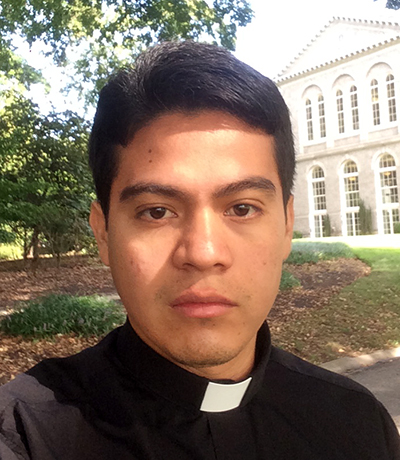 Erik R. Sanchez, C.M., 32, was born in born in Choluteca, Honduras, and as a boy enjoyed reading, playing soccer, hiking and hunting. He emigrated to the United States as a teenager to help his family and to build a better future. After arriving in Long Island, N.Y. in 2004, he joined the Congregation of the Mission, or Vincentians, in 2010 to serve the poor in the charism of St. Vincent de Paul. On May 1, 2020 he pronounced perpetual vows within the order to follow Christ, evangelizer of the poor.

The following candidates will be ordained permanent deacons for the Archdiocese of Philadelphia: 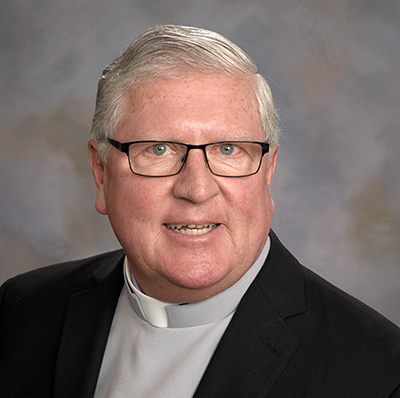 Gerald J. Cassidy is a member of SS. Simon and Jude Parish in West Chester. He lives with his wife Amy and has two children, Patrick and Amy Patricia. Jerry attended Cardinal O’Hara High School, class of 1976, and St. Joseph’s University where he graduated with a bachelor’s degree in business administration (1980). He is currently self-employed in Insurance Sales at Cassidy Agencies, Inc. 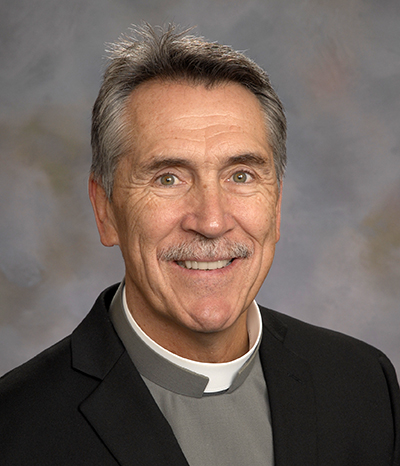 Henry (Hank) C. Fila is a member of St. Norbert Parish in Paoli. He resides in West Chester with his wife Barrie. They have two children, Brian and Kristen. Hank holds a bachelor’s degree in marketing and communications from King’s College, class of 1980. He is retired from Becket and Lee LIP where he was office administrator. 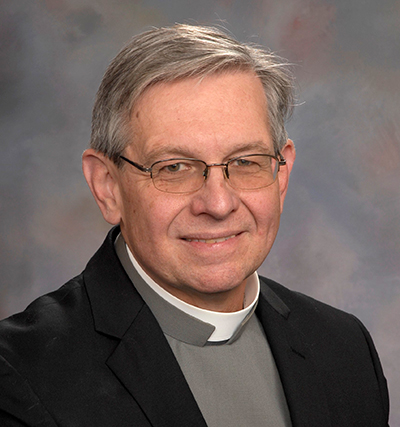 Franz N. Fruehwald is a member of Queen of Peace Parish in Ardsley. Franz and his wife Marian have four children: Josef, Paul, Catherine Mary Henry and Rebecca. Franz graduated from La Salle University with his master of business administration. Franz works in finance for Catholic Social Services. 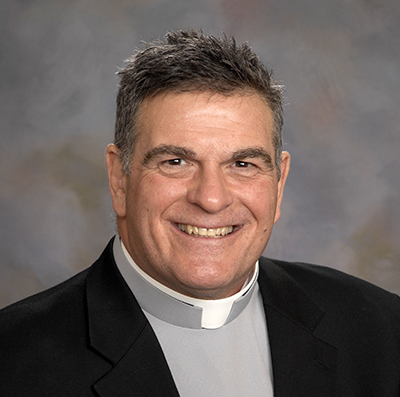 Matthew A. Horvath is a member of St. Philip Neri Parish in Pennsburg where he resides with his wife, Judy. Matt and Judy have four children, Ryan, Brittany, Taylor and Megan. Matt works for L & H Companies in metal fabrication. 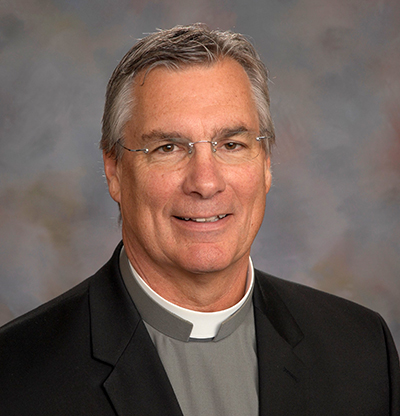 Gregg W. Hoyer is a member of Our Lady of the Sacred Heart Parish in Hilltown with his with Doreen. They have four children, Dennis, Reece, Elijah and Jeremiah, daughter-in-law Lauren and granddaughter Gianna. Gregg received his bachelor’s degree from Dickinson College. He is the vice president of sales and marketing at Reeb Millwork Corp. 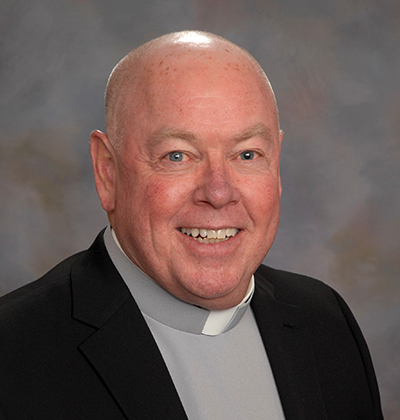 James V. Nash is a member of St. Teresa of Calcutta Parish in Limerick where he resides with his wife Kathleen. Jim and Kathleen have three children, Katherine, James III and Thomas. Jim is currently a regional manager at Industrial Appraisal Company. 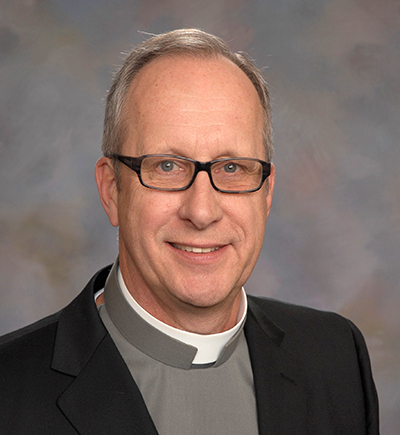 Mark D. Nowakowski is a member of St. Basil the Great Parish in Kimberton. He lives there with his wife Colleen and their five children, Riley, Ella, Audrey, Thomas and Andrew. He has three grown children, Michael (with his wife Jennifer and two sons, Reid and Graham), Brian (with his wife Karen) and Elaine Heintze (with her husband Roland). Mark holds a bachelor of science degree from Louisiana State University. He is employed in sales at CenTrak, Inc. 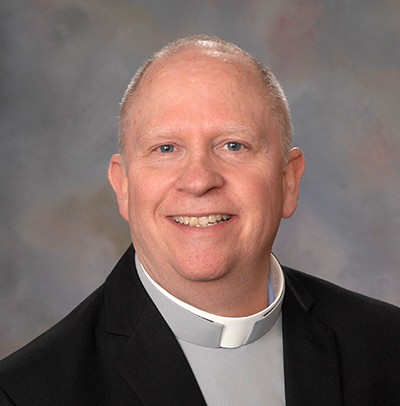 Paul F. Stoyell-Mulholland is a member of St. Norbert Parish in Paoli, and he resides in Broomall with his wife Barbara. They have four children, Brian Mulholland, Erin Lynch, Casey and Clare. From Cornell University he received both his bachelor’s and master’s degrees in industrial and labor relations. He works as a senior manager of labor relations at the Boeing Company. 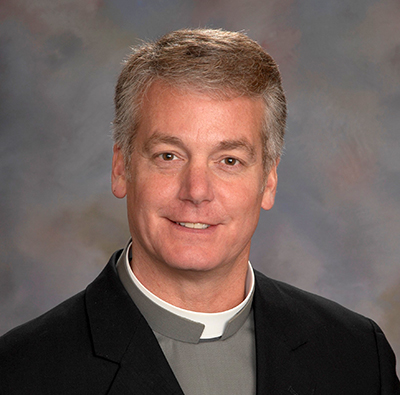 Thomas N. Verna, DMD, is a member of St. Mary Magdalen Parish in Media where he and his family have been members for 25 years. Tom resides in Villanova with his wife Nicky and four children, Max, Charlie, Sydney and Alice. Tom attended Temple University School of Dentistry where he graduated with his doctorate in dentistry. He recently received a master of theology degree from St. Charles Borromeo Seminary. Tom is a practicing dentist in Springfield, Delaware County.