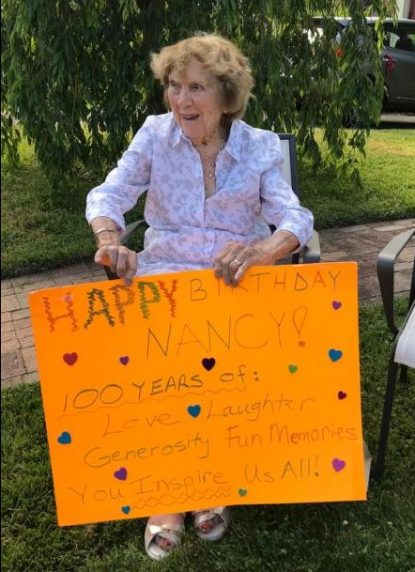 ARLINGTON, Va. (CNS) — When asked what it’s like to be 100 years old, Nancy Millard said, “I haven’t found out yet.” She had just reached that milestone June 4.

Her family affectionately calls her “Mugga,” which dates back to her first grandchild being unable to say grandma.

Right around 5 p.m. on her 100th birthday, her usually quiet neighborhood in Arlington was shaken up by loud sirens and flashing lights. A caravan of vehicles blaring sirens, tooting horns and shouting greetings snaked down the street for several blocks.

The parade of sorts was led by two Arlington County Police officers on motorcycles followed by countless police vehicles, Arlington County Fire Department engines, sheriffs’ vehicles and several private cars and trucks, one sporting an inflatable unicorn on its roof.

With racial tensions running high after the death of George Floyd at the hands of police in Minneapolis coupled with the months-long pandemic quarantine, neighbors first emerged from their homes with concerned looks at the hefty police presence.

Within minutes, signs from the cars saying, “Happy Birthday Nancy” and “100 years of fabulous,” quickly lightened the mood and became a welcome diversion. Neighbors whipped out cellphones to take photos and videos of the celebration. Many waved back to the first responders who appeared to enjoy the opportunity to engage with the community.

Millard lives just blocks from her parish church, St. Agnes. Until the coronavirus pandemic, she had been attending Mass. Now Communion is brought to her.

Surrounded by family, including her son Chip and her grandson Mark, Millard sat on a chair by the curb in front of her house holding a huge bouquet of flowers. She waved to the cars and seemed to marvel at the spectacle.

She said the parade was “unbelievable” and “wonderful.”

But she quickly quipped, “I’m wondering who’s gonna get the bill.”

Augherton is acting editor of the Arlington Catholic Herald, newspaper of the Diocese of Arlington. 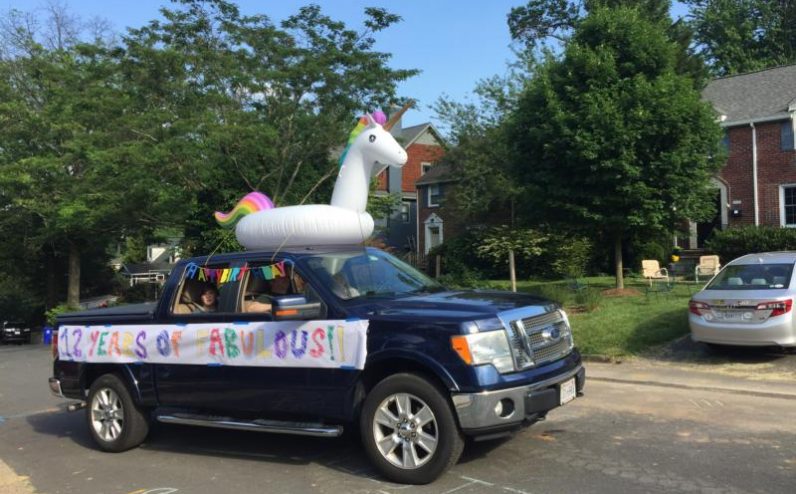