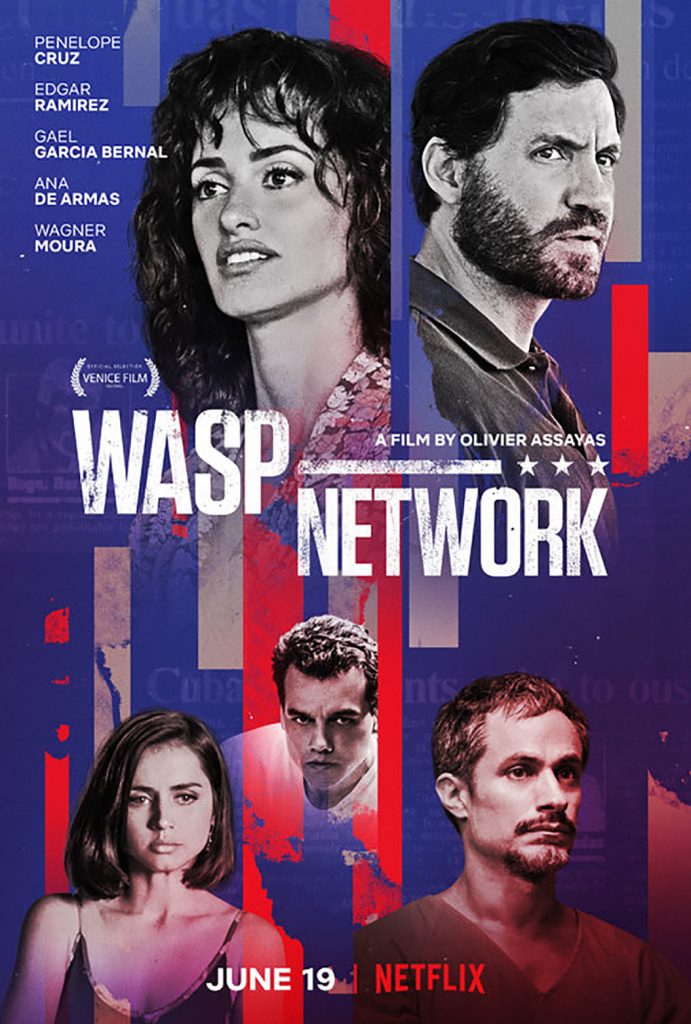 “Wasp Network,” streaming now on Netflix, recreates the world of Cuban dissidents and activists in 1990s Miami . The Catholic News Service classification is A-III — adults. Not rated by the Motion Picture Association. (CNS/Netflix)

NEW YORK (CNS) — The furtive world of Miami-based activists working either on behalf of or against the Castro regime in Cuba in the 1990s is lazily re-created in the undisciplined drama “Wasp Network” (Netflix).

The film evenhandedly indicts both repression and terrorism, and it showcases marital fidelity in the teeth of unusually challenging circumstances. But the moviemaking is weak.

Assayas would have done well to focus more determinedly on this aspect of the story. Instead, as Rene becomes entangled in the array of organizations opposing the Marxist government — some legitimate charities, others dedicated to drug smuggling or acts of violence — the proceedings become as murky as the milieu.

Rene works in partnership with another aviator who also fled the island, Juan Pablo Roque (Wagner Moura). Roque’s romance with, and marriage to, Ana Magarita Martinez (Ana de Armas) takes viewers down a bit of a rabbit hole.

The introduction of pro-Castro activist Gerardo Hernandez, aka Manuel Viramontez (Gael Garcia Bernal) sets up a plot twist but also adds to the ensemble of characters Assayas is juggling. By the time the Cuban Air Force shoots down a duo of private planes tracking refugees and El Salvadoran Raul Cruz Leon (Nolan Guerra Fernandez) begins bombing Havana hotels, the audience is apt to feel confused.

Olga proves a steadfast spouse despite Rene’s abandonment of her. And the narrative does nothing either to disguise or apologize for the excesses on both sides of the struggle.

But these positive values can’t paper over the listless storytelling or the lack of cohesion as events are retold. A tighter approach would have made it more apparent that this is a chapter of recent history deserving attention.

The film (in English and Spanish, with English subtitles) contains scenes of gunplay and explosions, semi-graphic marital lovemaking with upper female nudity, a narcotics theme, about a half-dozen mild oaths and occasional rough and crude language. The Catholic News Service classification is A-III — adults. Not rated by the Motion Picture Association.

NEXT: ‘Hamilton’ lives up to hype of highest-caliber musical theater