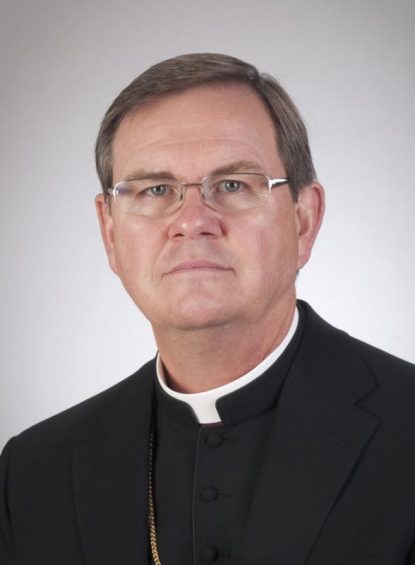 Bishop Timothy L. Doherty of Lafayette, Ind., is pictured in this undated photo. In a July 1 statement, the Diocese of Lafayette, Indiana, said Bishop Doherty has suspended Father Theodore Rothrock of St. Elizabeth Seton Catholic Church in Carmel from public ministry for referring to Black Lives Matters protesters as “maggots and parasites” in a Sunday bulletin article June 28.. (CNS photo/Courtesy Diocese of Lafayette)

WASHINGTON (CNS) — The bishop of the Diocese of Lafayette, Indiana, has suspended a priest from public ministry after the pastor referred to Black Lives Matters protesters as “maggots and parasites” in a Sunday bulletin.

Though the article the bishop refers to was on the website for St. Elizabeth Seton Catholic Church in Carmel, Indiana, it has since been removed and replaced with a “response and clarification” from the priest saying it was not his intention “to offend anyone, and I am sorry that my words have caused any hurt to anyone.”

The diocese’s statement said the bishop “expresses pastoral concern for the affected communities” and said that the suspension offers an opportunity for pastoral discernment “for the good of the diocese and for the good of Father Rothrock.” A local group had called for Father Rothrock’s removal and had planned to protest outside the church.

The Indianapolis Star daily newspaper reported on its website June 30 that Father Rothrock wrote in the bulletin that “the only lives that matter are their own and the only power they seek is their own,” referring to protesters and the recent unrest.

“They are wolves in wolves clothing, masked thieves and bandits, seeking only to devour the life of the poor and profit from the fear of others. They are maggots and parasites at best, feeding off the isolation of addiction and broken families, and offering to replace any current frustration and anxiety with more misery and greater resentment,” the newspaper said, quoting what he wrote in the bulletin.

Though the bishop said “various possibilities” for the priest’s continuation in public ministry are being considered, he would no longer serve as pastor at the church and announced the appointment of an administrator who will tend to the parish. 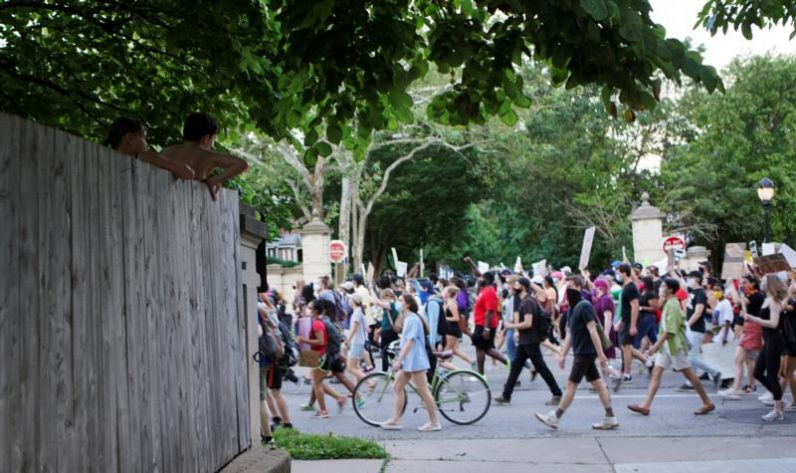