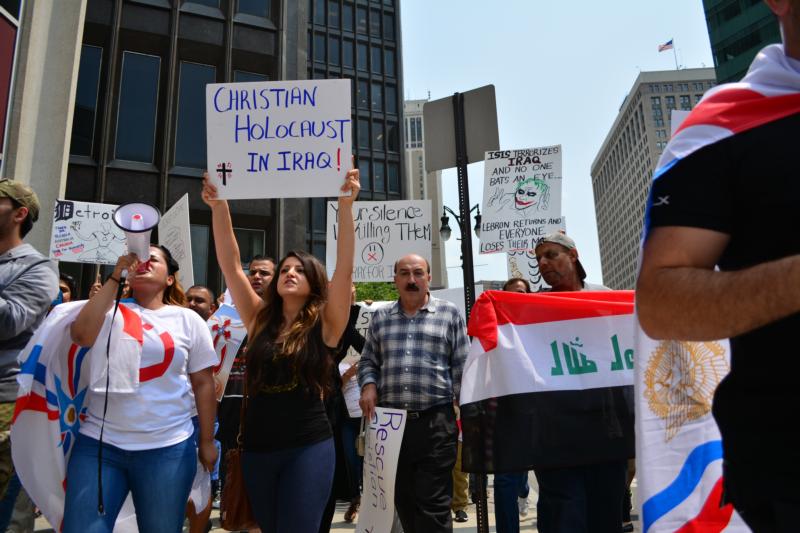 MANCHESTER, England (CNS) — The Catholic Church has failed to defend Christians effectively, partly because it historically accepted persecution as part of its “community story,” a Vatican official said.

Archbishop Paul Gallagher, the Vatican’s foreign minister, told an online forum in mid-July that efforts to counter persecution were now required because the entire fabric of human rights was at stake — even in the West — if religious freedom continued to be attacked.

He made his remarks on the first anniversary of the 176-page “Truro report,” the publication of which led to a commitment by the British government to address the global persecution of Christians specifically.

“I think that the Truro report was very timely,” he said from the Vatican via Zoom, the video-sharing platform. “It was a bit of a wake-up call.

“Speaking to some extent on behalf of the Catholic Church and the Holy See, I think in some ways perhaps we became too complacent in front of persecution, too used to it being a phenomenon in our community story, and thought therefore perhaps it was something you had to live with, something that we can’t do anything about. I think the Truro report was a very significant effort to do something about that,” he said.

“I think also we all know the denial of religious freedom is the beginning of the denial and erosion of so many other human rights; it is almost the litmus test of human rights,” said the Liverpool-born archbishop.

He said it was also important that Christians and other people of goodwill made “a renewed effort to underline the question of conscience in general, even outside the religious sphere,” because “we do see — even in the West, developed world — the progressive erosion of conscience and, therefore, also of human rights.”

“Never underestimate the power of prayer and the unity of the people of faith,” Archbishop Gallagher added. 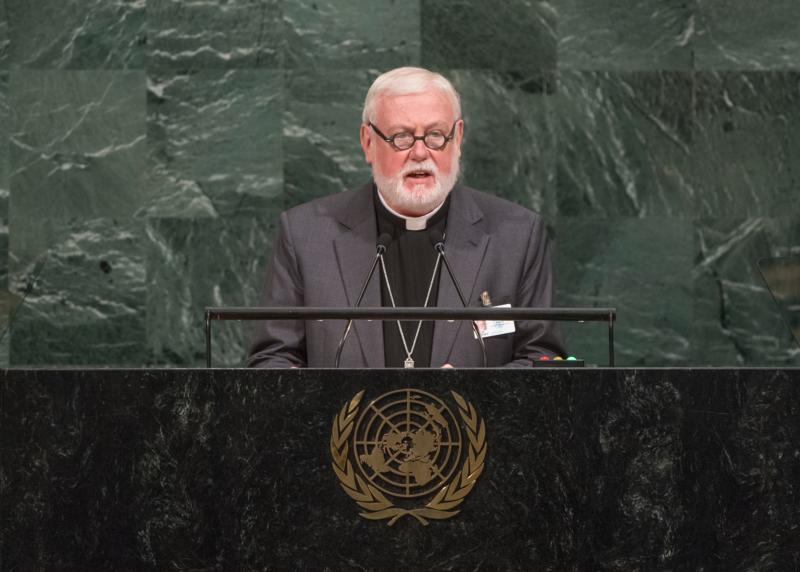 The Truro report was commissioned by Jeremy Hunt, a former British foreign secretary, and launched July 8, 2019.

It takes its name from Anglican Bishop Philip Mounstephen of Truro, England, who led the independent commission that worked on the report.

The report revealed a surprising scale of persecution of Christians globally, leading Hunt, an Anglican, to conclude that he was “not convinced that our efforts on behalf of Christians have always matched the scale of the problem.”

The report recommended that Britain seek a U.N. Security Council Resolution to require all of the nations of the Middle East and North Africa to protect Christians and to permit U.N. observers to monitor security measures.

It also included the suggestion that new linguistic terms — such as “Christophobia” — be sought to describe anti-Christian discrimination in the same way that Islamophobia and anti-Semitism are used to describe acts of violence toward Muslims and Jews. Catholic leaders have since voiced reservations about the merits of competing for victim status against other groups.

The report says the U.K. should establish independent national sanctions against countries where Christians are persecuted, and a fund should be established to help persecuted Christians and to care for those who have escaped persecution.

Hunt, who lost his Cabinet position after competing with Boris Johnson for the role of prime minister, joined the online forum and said he was grateful that Dominic Raab, his successor, was committed to fully implementing the recommendations of the report.

He said that while he was in office, it had become clear to him that “standing up for the rights of Christians had been somewhat of a blind spot in our foreign policy.”

Hunt told the forum that a variety of cultural and historic reason had “obscured some of the tragedies happening right in front of our eyes, the 250 million Christians persecuted every year for their faith, the terrible atrocities that we all know about,” adding: “I decided that we needed to do something about it.”

He said that Britain could not, however, “remove the scar” of persecution from the world alone and told more than 500 people who joined the forum that the country would have to form alliances with others committed to religious freedom.

Coverage of international religious freedom issues by Catholic News Service is made possible in part by Aid to the Church in Need-USA.