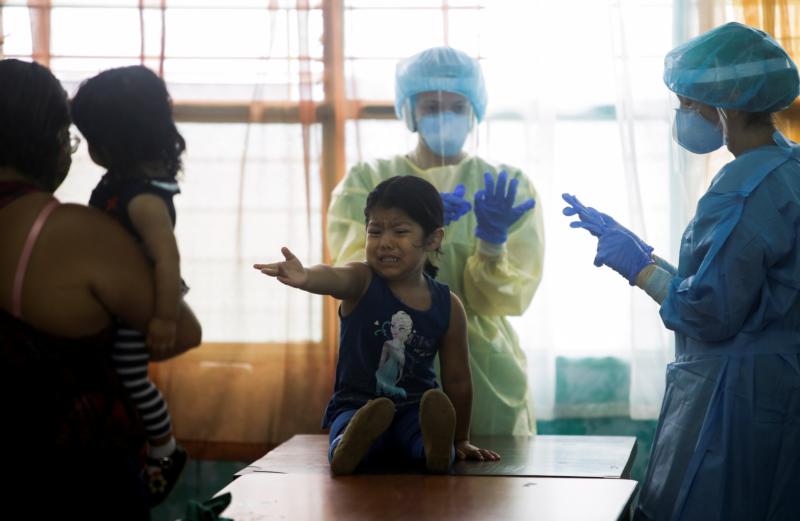 MEXICO CITY (CNS) — Central America’s bishops have urged their governments and people to join together to provide health care and protect lives as the COVID-19 pandemic heaps misery and economic consequences on one of the poorer parts of the hemisphere.

In a July 5 statement, the episcopal secretariat of Central America, known by its Spanish acronym as SEDAC, referenced Pope Francis’ admonishment, “We can only get out of this situation together as a whole humanity,” and added: “We’re all in the same boat. No one should be forgotten. We all must get involved. Governments and citizens must join together in a common effort in favor of health and people’s lives.”

“We all must comply with the health security measures to protect the lives of our brothers and sisters,” a reference to the calls for lifting quarantines and reopening churches, even as the pandemic continues claiming lives. The statement was signed by the secretariat’s president, Archbishop Jose Luis Escobar Alas, and its secretary-general, Cardinal Gregorio Rosa Chavez — both of San Salvador, El Salvador.

The COVID-19 pandemic has caused hardship in Central America, where poverty afflicts many and forced quarantines have denied millions a way to make ends meet. It’s also exposed shortcomings in underfunded and underequipped health systems, left unprepared by neglect and corruption.

“To the families affected by these tragedies” — the pandemic and tropical storm — “we express our closeness and solidarity,” the bishops said. “The church has worked to be present in order to help alleviate the pain and communicate hope.”

Pope Francis, the bishops continued, “has exhorted (us) to care for our common home. That’s to say, the environment in which we are developing our lives. Precisely, the pandemic that we are suffering has its roots in the ecological imbalance caused by the gravely irresponsible attitude of man.”

They also asked people to heed the pope’s call to reflect on his environmental encyclical, “Laudato Si’,” saying, “We are convinced that it is a priority to see the construction of a new model of development based in the dignity of each person and care of the environment.”

The pandemic has impacted each of the six Central American countries served by the secretariat differently, but often severely. In Costa Rica, which had been seen as a model in its initial pandemic response, community spread of the coronavirus has started, according to a July 3 statement from the Costa Rican bishops’ conference.

“We manifest the grave moral responsibility, derived from the faith, to care for our own health and the health of others … (and) faithfully observe the decrees and sanitary measures that the health authorities have told us from the start of the crisis,” the Costa Rican bishops said.

In Nicaragua, the Sandinista government had downplayed the seriousness of COVID-19 and even thwarted church-sponsored health initiatives.

“We express total solidarity with the Catholic Church in Nicaragua for its great concern and generous actions in favor of the health and the lives of the beloved Nicaraguan people,” the Central American bishops said.