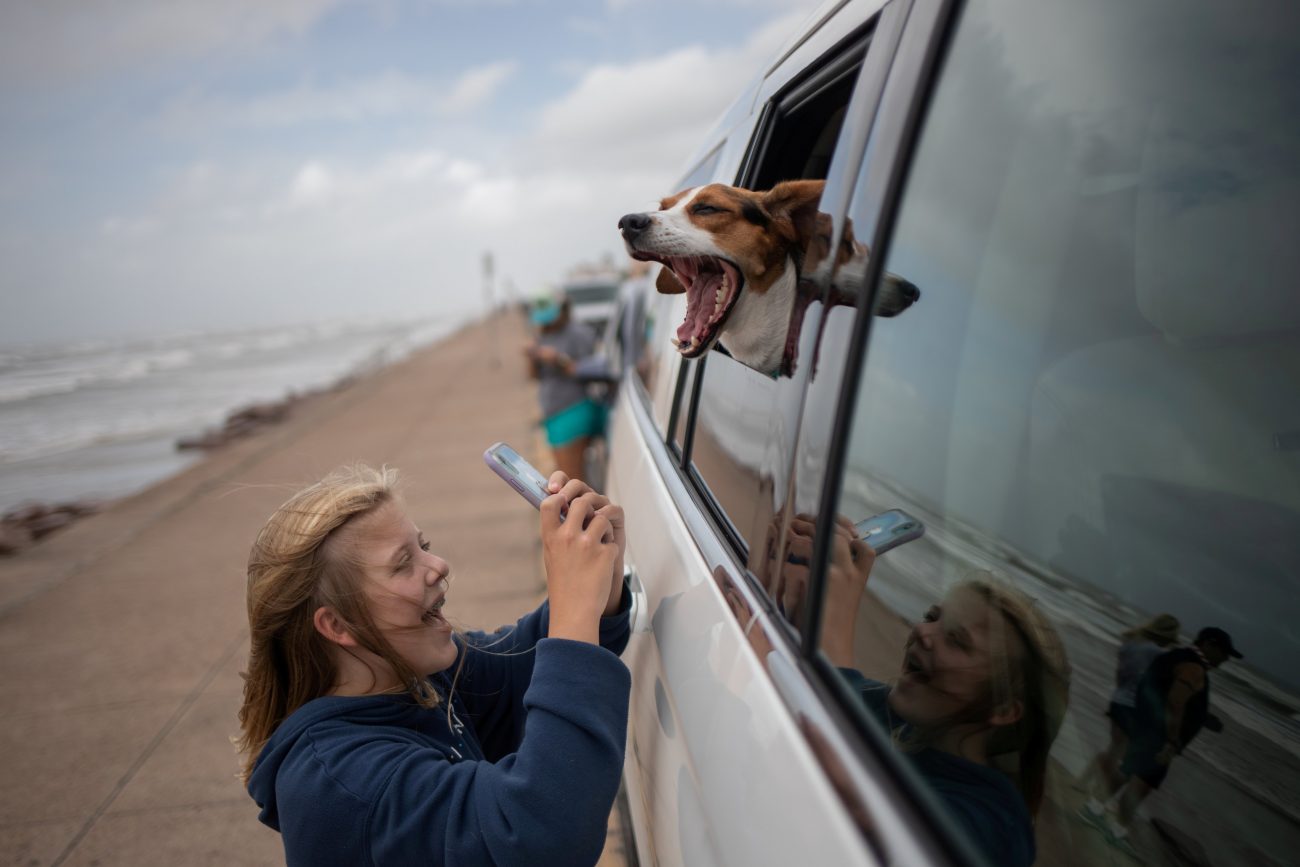 WASHINGTON (CNS) — Growing up in Louisiana, Bishop David L. Toups is no stranger to hurricanes. Yet he never expected that less than a week into his first assignment as bishop of the Diocese of Beaumont, Texas, he’d be preparing to face a major hurricane.

Hurricane Laura, by late Aug. 26, had intensified into a Category 4 hurricane and was expected to make a landfall capable of causing major destruction near the Texas and Louisiana border by Aug. 27.

Bishop Toups, ordained and installed as the sixth bishop of the Diocese of Beaumont Aug. 21, almost from the get-go, began closing parish offices due to the storm, helping others evacuate and making plans to help the community after the hurricane passed. And in between, he said he “hopped in my truck and blessed the Neches River with the Blessed Sacrament.”

Beaumont’s Neches River, which he blessed on Aug. 26, is considered one of several potential problem areas during storm surges.

“This not the beginning I anticipated,” Bishop Toups, 49, said with some humor in an Aug. 26 interview with Catholic News Service. “You start a new job and you think, OK let’s take our time, learn names. But, you know, God has prepared me for this, going all the way back growing up in south Louisiana, growing up with hurricanes.”

As a seminarian, he said he helped run a Red Cross shelter during Hurricane Andrew in Miami. And as rector of a seminary, he also helped others prepare for major storms. Plus, the Beaumont Diocese already had a “wonderful procedure of preparing parishes,” he said, having contractors on call to help after storms and a system to prepare major staging areas to help the community after the hurricane passes.

The bishop has prepared a makeshift “home” in his new office on the second floor of the diocese’s pastoral center, a “sturdy building” on high ground. A pair of rubber boots is at the foot of what looks to be an inflatable bed in a photo the diocese posted on its Facebook page. 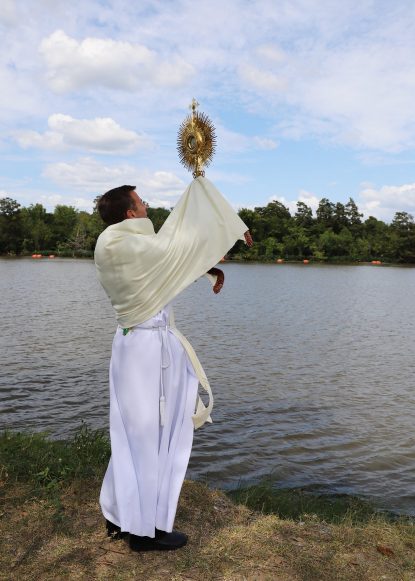 Bishop David L. Toups of the Diocese of Beaumont, Texas, prays along the Neches River with the Blessed Sacrament to intercede for all of those in the line of the two impending hurricanes affecting the Gulf Coast Aug. 24, 2020. (CNS photo/courtesy Karen Gilman, Diocese of Beaumont)

“Notice the boots at the end of my air mattress, I was hoping to wear leather boots before I wore rubber boots!” he said. “These boots will hopefully allow me to navigate between the pastoral center and the Cathedral Basilica.”

Even as he continues to prepare the diocese, checking in on priests and religious and lay staffers who’ve had to evacuate, he’s continued to pray the Divine Mercy Chaplet at 3 p.m. Central Time, which is livestreamed, along with daily Masses via Facebook.

“Let us remember especially in our prayers our first responders, essential workers, and all others who have not been able to evacuate the threatened areas,” the diocese said in the post. “Bishop Toups is also asking for prayers for our local and national media that remain in harm’s way in order to provide us with information.”

Of staying in Beaumont instead of evacuating, he explained on Facebook that it was done to “allow me to communicate more quickly with our parishes in the 9-county area and to give our faithful a sense of unity with each other knowing their shepherd is here and available. Knowing that I am here each day praying for them.” He said he wanted to offer hope and comfort to those who could not evacuate because of their essential work or because of health reasons.

“I want the people of God to know that I’m here offering Mass and praying before the Blessed Sacrament, that I’m with them in the midst of all of this and especially after the storm passes so that I can be out and about, just able to be present,” he said. “There’s not a whole lot I can do, but I can be with the people and I can lead them in prayer and that is what a bishop does.”

The diocese accepts donations so it can help at its website www.dioceseofbmt.org but the bishop said he also accepts prayers.

“Well, if they’re not able to be here (to help), they can pray,” he said. That’s what we do best, that’s who we are … I certainly know there will be much support poured out from brothers and sisters across the country. We are the body of Christ and when one member of the body hurts, we all hurt and we all help each other, and certainly we have experienced that as a national church before. When various areas are in the face of danger, we come to the other’s aid.”

He said he feels blessed to be there to help, especially because hurricanes are not unfamiliar to him.

“Thank God he sent a bishop to Beaumont that is familiar with it,” he said. “I mean, you know, really, it’s a blessing. I mean, if a poor guy was here from Ohio and on the first day, if he had been here, he wouldn’t know what was happening (during a hurricane). At least the Lord has prepared the way for my own heart to know what we’re facing.” 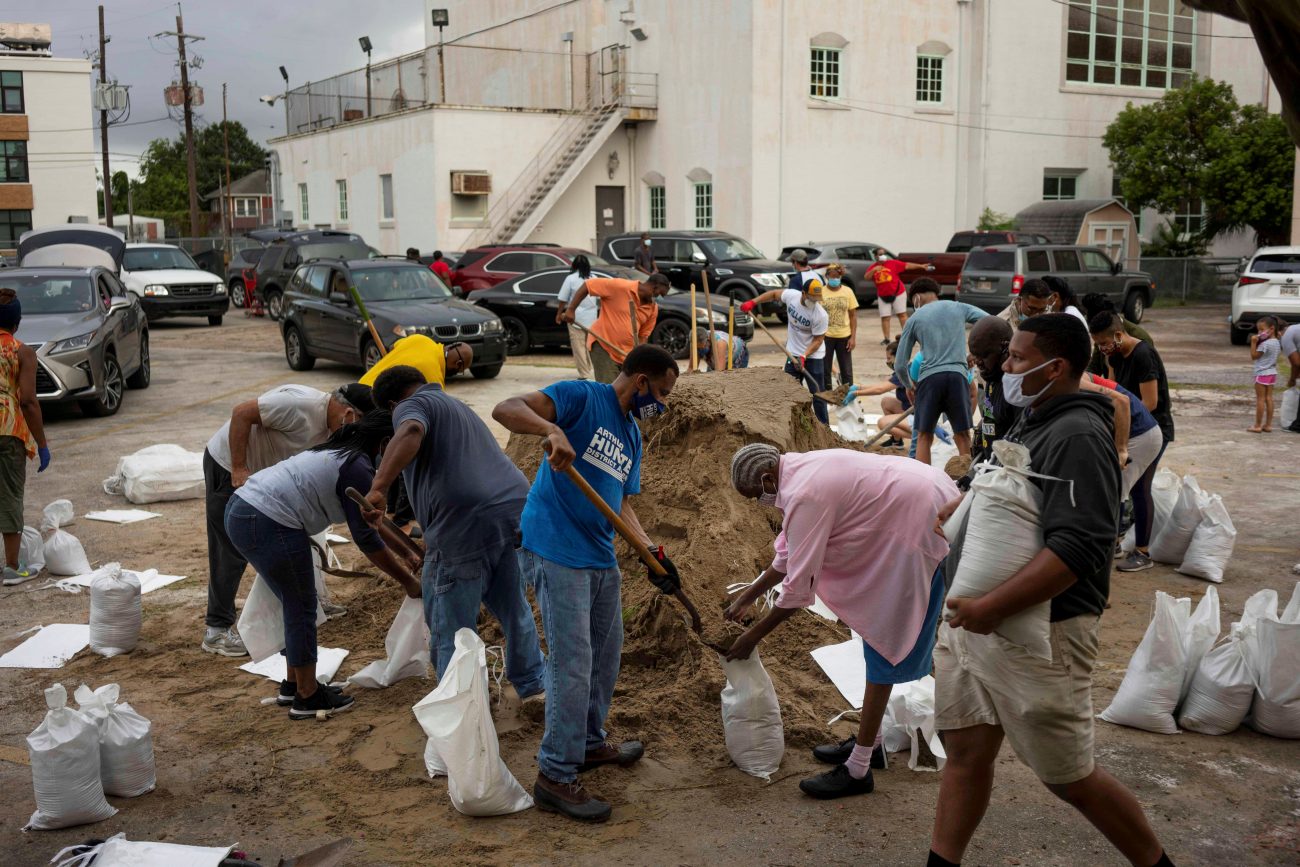