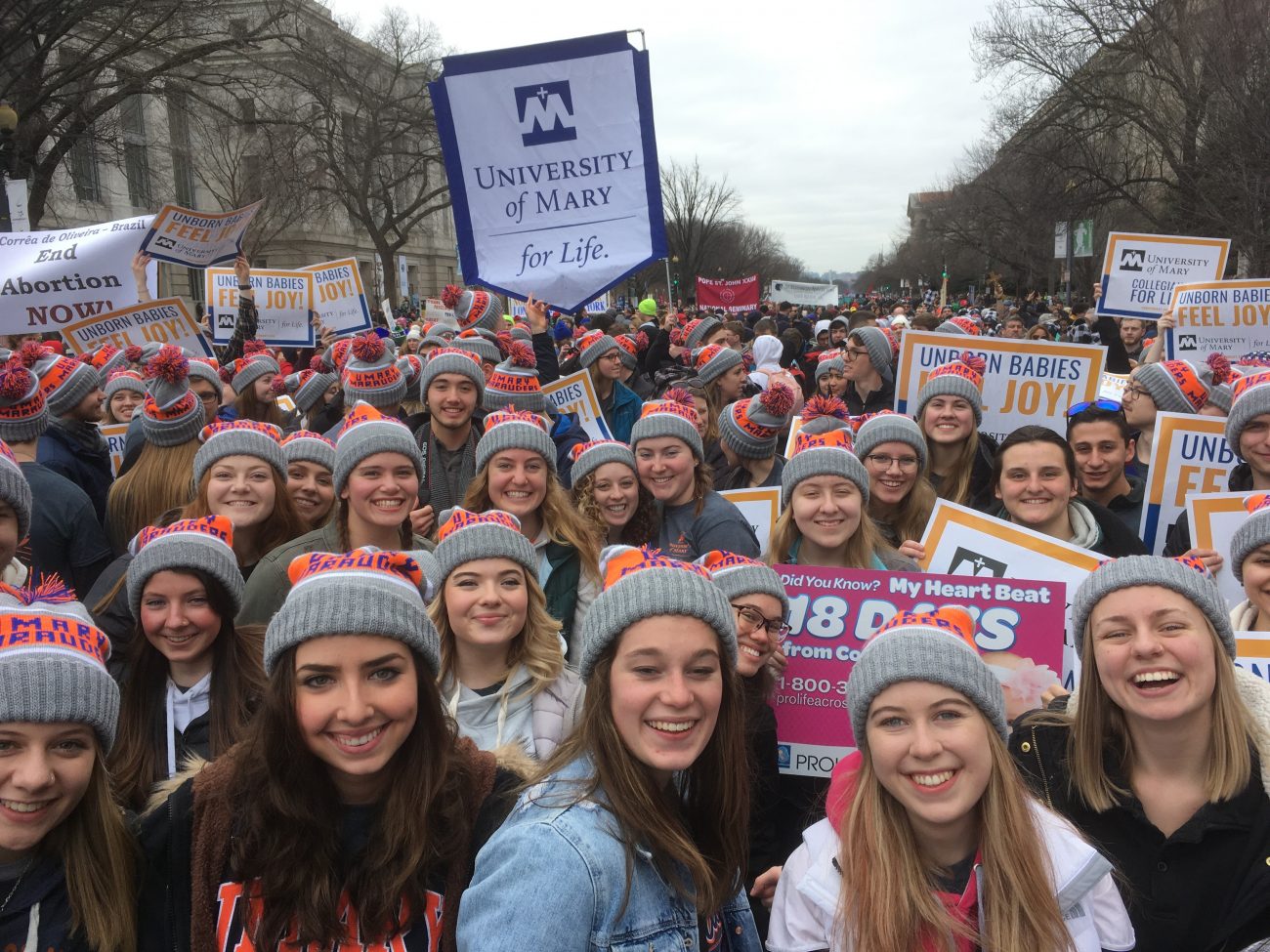 “Many Democratic leaders support abortion at any time, for any reason; this position is opposed by 79% of Americans,” said the letter, posted on the website of Democrats for Life. It was sent three days ahead of the start of the virtual Democratic National Convention Aug. 17-20.

Originally, scheduled to be held in downtown Milwaukee at the Wisconsin Center, all sessions were to take place virtually due to the pandemic.

“We respect the pro-life leanings of our constituents,” said the letter’s signers. Current and former elected Democrats from many states, they said they represent “millions of Americans.” “We are members of Congress, state legislators and local officials,” they added.

They said they are “united by three major concerns”:

— “We are concerned that many Democratic leaders support policies on abortion that are radically out of line with public opinion.”

— “We are concerned that, due to this wide disparity, the Democratic Party is alienating voters.”

In 389 out of 435 congressional districts, a majority of voters support a ban on abortion after 20 weeks, the letter said. “When Democratic leaders support late-term abortion, they push many voters into the arms of the Republican Party. Many people holding pro-life views are single-issue voters.”

— “Finally, we are concerned about the betrayal of Democratic Party values.”

The party’s “extreme position on “abortion rights violates our commitment to inclusivity and diversity,” the letter said, citing polling that shows one in three Democrats are pro-life. “We must respect and include these 21 million Democrats,” the letter said.

The letter’s signers urged the Platform Committee to this year reintroduce conscience language from the 2000 platform into the 2020 platform acknowledging “that Americans have differing and deeply held views on abortion.”

“We call upon the Democratic Party to avoid divisive policies, such as passing a law in Congress defining a right to abortion” by “codifying Roe v. Wade,” and introducing “taxpayer-funded abortion,” which means repealing the Hyde Amendment.

“Codifying Roe v. Wade” means Congress would pass a bill that would guarantee women in every state total access to abortion and would protect this access even if the U.S. Supreme Court were to overturn its 1973 Roe v. Wade decision legalizing abortion.

The federal Hyde Amendment — which has been in place as an amendment to the appropriations bill for the Department of Health and Human Services since 1976 — prohibits the use of federal tax funds to pay for abortion, with exceptions for cases of rape, incest and danger to the life of the woman. However, many states cover at least some abortions in their health plans for poor women.

“Like you, we are committed to the Democratic principles of equality, fairness and democracy. We have committed our careers to advance Democratic ideals and policies,” the letter’s signers said.

“Fundamentally,” they continued, “we believe that every single state and county in this country deserves Democratic governance. We should not cede large swathes of the United States to the Republican Party.

“In the U.S., pro-life Democrats have been a critical part of the coalition to expand voting rights, improve health care, and pass criminal justice reform. These accomplishments would not have been possible if the Democratic Party had in place a litmus test on abortion,” they added.

“We respectfully submit that the Platform Committee considers these suggestions and opens the hearings to hear the voice of innumerable elected pro-life Democrats across the United States of America,” they said.

Signers included Louisiana Gov. John Bel Edwards and two former governors, Bill Ritter of Colorado and Ben Nelson of Nebraska, who also is a former U.S. senator; 57 state legislators, including Sen. Katrina Jackson of Louisiana, who sponsored the bill overturned by the Supreme Court in June that required abortion providers to have admitting privileges at hospitals near the clinic where they did abortions; several U.S. senators and U.S. House members; elected county officials; and Democratic Party leaders around the country.

“Although he was once a moderate, the Catholic former vice president now describes abortion as ‘essential health care,’ caved in to the abortion industry on taxpayer funding and has been proudly endorsed by NARAL Pro-Choice America, an organization that advocates for the repeal of all regulations on abortion,” Day and Bisits wrote.

“Democrats weren’t always like this,” they said. The op-ed which was titled: “The Democrats Biden doesn’t want: We’re liberal and we’re pro-life. The party refuses even to ask for our votes.”

“I am pro-choice,” he responded. “And I believe that a woman ought to be able to make that decision.”

He said he understood if pro-life Democratic voters would not support him for his stance. “The best I can offer is that if we can’t agree on where to draw the line, the next best thing we can do is agree on who should draw the line,” he said. “And in my view, it’s the woman who’s faced with that decision in her own life.”

The Aug. 14 letter to the Platform Committee followed by about a month a similar letter to the committee supporting the party on its immigration and other human rights stands but calling for change in “the explicit support in your platform for abortion extremism.”

“Some of us are registered Democrats and some of us are not, but we appreciate the Democratic Party’s stated commitment to human rights, equality and fairness,” they wrote July 24. “Accordingly, we urge the Democratic Party to embrace policies that protect both women and children: legal protection for preborn children, improved prenatal care for women in need, especially women of color, alternatives to abortion, and a comprehensive culture of life free from violence, poverty and racism.”

“We call upon you to recognize the inviolable human dignity of the child, before and after birth,” they said. “We urge you to reject a litmus test on pro-life people of faith seeking office in the Democratic Party. Crucially, we urge you to end the explicit support in your platform for abortion extremism, such as taxpayer-funded abortion in America and overseas, opposed by 60% and 76% of voters.”