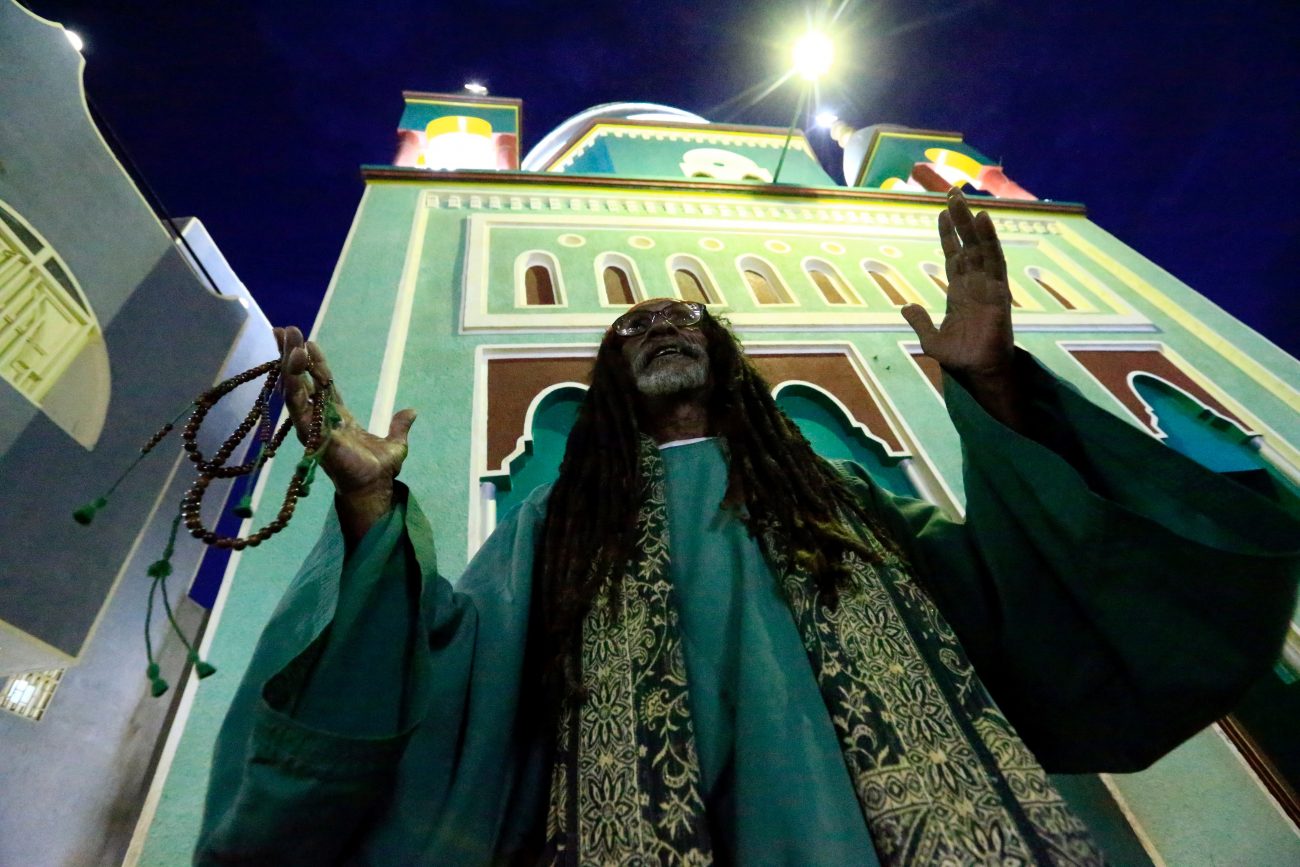 A Muslim man is pictured in a file photo praying outside a mosque in Khartoum, Sudan. Sudanese bishops are welcoming a new declaration signed in early September that separates religion and state. (CNS photo/Mohamed Nureldin Abdallah, Reuters)

The official, Father Peter Suleiman, welcomed Sudan’s decision to separate religion and state. In early September, Prime Minister Abdalla Hamdok and Abdel al-Hilu, leader of the Sudan People’s Liberation Movement-North rebel group, signed a declaration that says: “The state shall not establish an official religion. No citizen shall be discriminated against based on their religion.”

For 30 years, under the rule of former Sudanese President Omar al-Bashir, authorities in Sudan harshly enforced Shariah, or Islamic law, as the law of the land. About 6% of the nation’s population is estimated to be Christian.

Al-Bashir was ousted in 2019, and in early September this year, the U.S. Commission on International Religious Freedom issued a statement noting progress the transitional government had made on ensuring religious freedom. The commission noted the interim constitution said that “every citizen has the right to freedom of religion or belief.” The commission also noted the repeal of the “repressive public order law” the former regime used to “punish individuals, particularly women, who did not conform to its strict interpretation of Sunni Islam. Both Muslims and non-Muslims suffered the consequences of this brutal law.”

However, the commission noted that “additional legal reforms are required to fully disentangle al-Bashir regime’s repressive laws and policies.” For instance, it noted that while flogging for blasphemy was eliminated, the blasphemy law remains, and “the apostasy law was replaced by a provision prohibiting the labeling of any group of individuals as ‘infidels.'”

“The claims of churches whose property the former regime destroyed or confiscated must also be addressed,” the statement said.

Bishop Yunan Andali of El Obeid, Sudan, said although most people were cautious, it was important that the declaration eliminating an official religion had been signed. “We are all very happy.”

It was not immediately clear if students in schools, currently closed due to the coronavirus pandemic, would still be required to learn about Islam.