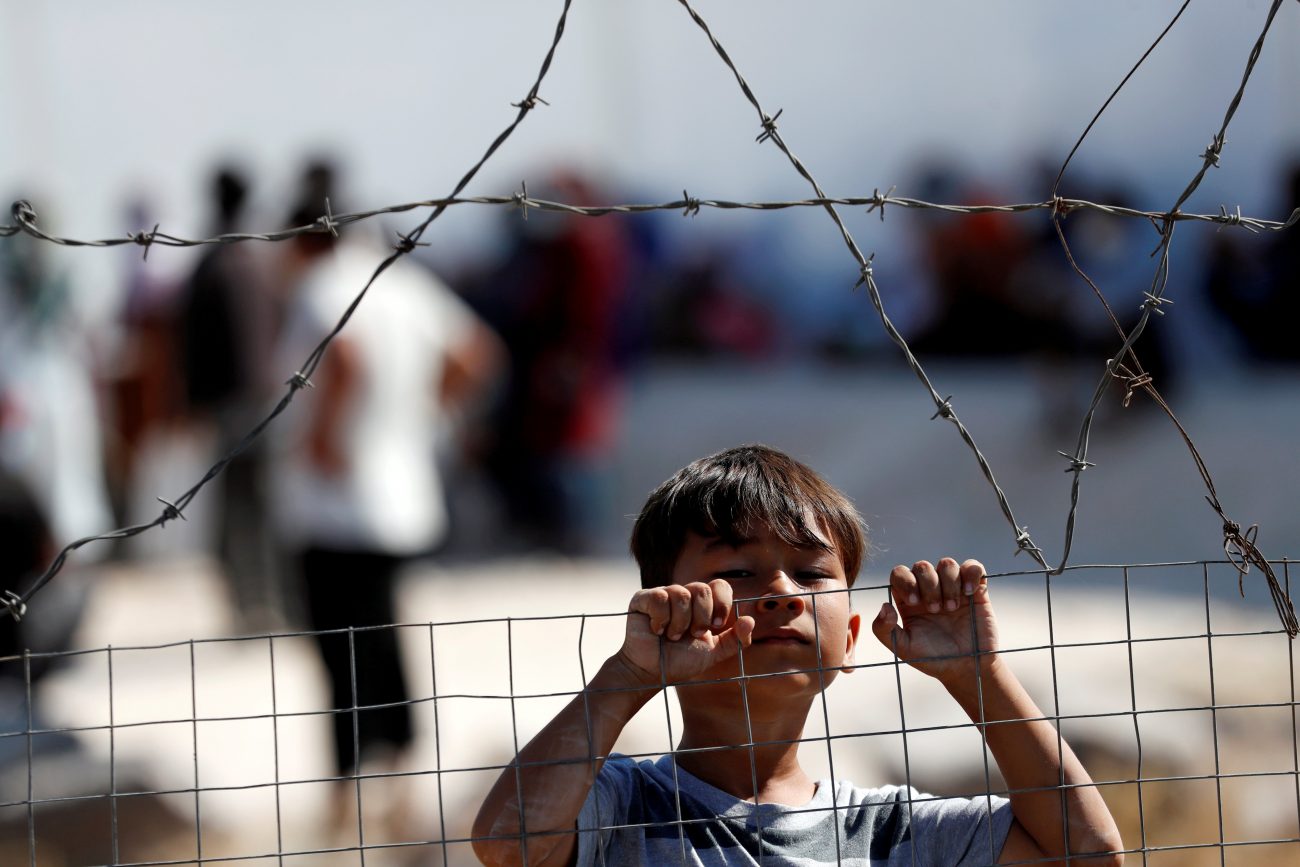 A displaced child from the Moria refugee camp looks over a fence inside a new temporary camp on the Greek island of Lesbos Sept. 23, 2020. The Moria camp, which was mostly destroyed in fires Sept. 9, was home to at least 12,000 people, six times its maximum capacity of just over 2,000 asylum-seekers. (CNS photo/Yara Nardi, Reuters)

VATICAN CITY (CNS) — The European network of Caritas agencies has criticized the European Commission’s plan on asylum and migration, saying the proposal “falls short of expectations.”

According to Caritas Europa, the new pact “seems to strengthen asylum and return procedures along EU border states, most likely at the cost of asylum and human rights safeguards, jeopardizing the principle of ‘non-refoulement,'” that is, the principle of not forcing refugees or asylum-seekers to return to a country where they are likely to be persecuted.

“The pact’s top priorities seem to be deterrence, preventing migration to the EU, and intensifying cooperation with countries of origin and transit about irregular movements and return,” Caritas Europa said Sept. 23 in a statement reported by Vatican News.

The EU Pact on Asylum and Migration was presented by the European Commission at the European Union headquarters in Brussels Sept. 23. The plan’s stated aim is to “build a system that manages and normalizes migration for the long term, and which is fully grounded in European values and international law.”

Migration and related issues affect different member states in different ways, the plan said, and “a new, durable European framework is needed to manage the interdependence between member states’ policies and decisions and to offer a proper response to the opportunities and challenges in normal times.”

However, Caritas Europa said the proposal “falls short of expectations for shifting the EU’s direction toward more balanced and humane migration policies.”

Caritas said it had hoped the tragedy at the Moria camp in Lesbos, Greece, Sept. 9, when thousands of refugees were left stranded after the camp burned down, would inspire the EU to change the policies that keep migrants at temporary border stations.

But, it said, it seemed the tragedy did not lead the European Union to “radically change its course or to propose policies that would definitively prevent the creation of future, undignified migrant camps.”

“It remains to be seen if deeply needed intra-EU solidarity will effectively be reinforced to allow a fair share of asylum seekers among EU states through a stable relocation mechanism,” it said.

According to Vatican News, Maria Nyman, secretary-general of Caritas Europa, called for “a fair, predictable and sustainable responsibility-sharing mechanism among EU member states,” noting that “without an equitable system to distribute asylum-seekers throughout Europe, which takes into account the family and personal ties of the people being relocated, the new pact is doomed to fail.”