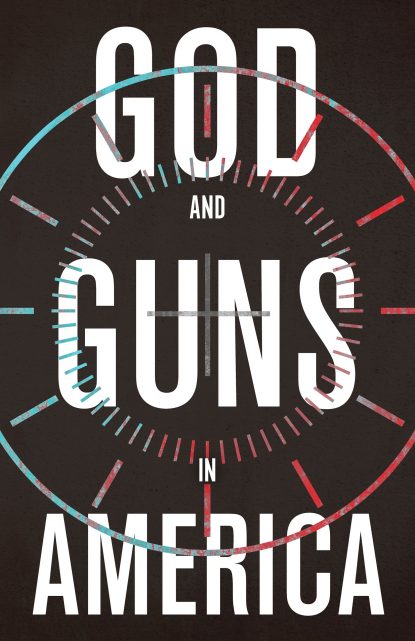 This is the cover of the book “God and Guns in America” by Michael W. Austin. The book is reviewed by Timothy Walch. (CNS)

“Blessed are the peacemakers,” Christ says in the Sermon on the Mount, “for they shall be called the children of God.” It’s one of the most familiar passages in the Bible and one at the very core of the Christian message.

So how do we reconcile this message of pacifism with the widespread interest in firearms among Christian conservatives? That’s the challenge addressed in “Gods and Guns in America” by Michael W. Austin, a professor of philosophy at Eastern Kentucky University.

It’s useful to think of this book as a legal brief on civic engagement. Austin begins, as you might expect, with the history of guns in America and then moves on to the emotional, theological and social dimensions of the issue.

He further dissects the appeal of gun ownership and the use of deadly force for self-defense.

Most importantly, Austin doesn’t shy away from the controversial claim of some Christians that they have something of a sacred duty to use guns to protect themselves and others in their community.

“For many,” Austin writes, “God and guns are like hot dogs and apple pie. They are part of what is means to be an American and even an American Christian.”

Having acknowledged this position is common, Austin challenges its validity. “The problem is that this combination of faith and firearms is often accepted for dubious reasons and can lead to disastrous consequences.”

To be sure, Austin acknowledges there are legitimate and orderly uses for firearms. But outside of hunting and sport shooting, almost every other use of firearms can be labeled a tragedy.

So, what response should a Christian take in response to both the rights of citizens to own guns and the epidemic of gun violence in this country? Austin proposes both legal and moral action.

In brief, succinct passages, he lays out his plan for civic action. First, he proposes universal background checks for all gun purchases. Second, he sets a goal to expand the conditions governing who can purchase firearms. Third, he lays out the case for a federal “red flag” law to remove guns from citizens in mental distress. Fourth, he calls for the repeal of “stand-your-ground” laws. Fifth is the establishment of a mandatory federal gun safety course.

Austin’s proposal to ban the sale of assault weapons and high-capacity magazines will be controversial. He also suggests it would be prudent to require liability insurance for gun owners and users.

Are these proposals practical or possible in today’s acrimonious political environment? Austin is uncertain.

“While violence may be with us to the end and weapons will take on more lethal forms, Christians should not accept the status quo,” he concludes his book. “Instead we should let the vision of beating swords into plowshares captures our hearts and minds now.” Can I get an amen?

Walch is a historian of American Catholicism and the author of “Parish School” (2016).

NEXT: ‘Crusader Kings III’ is a game where war isn’t taken lightly