Catholics say for civility to prevail, the common good must be served 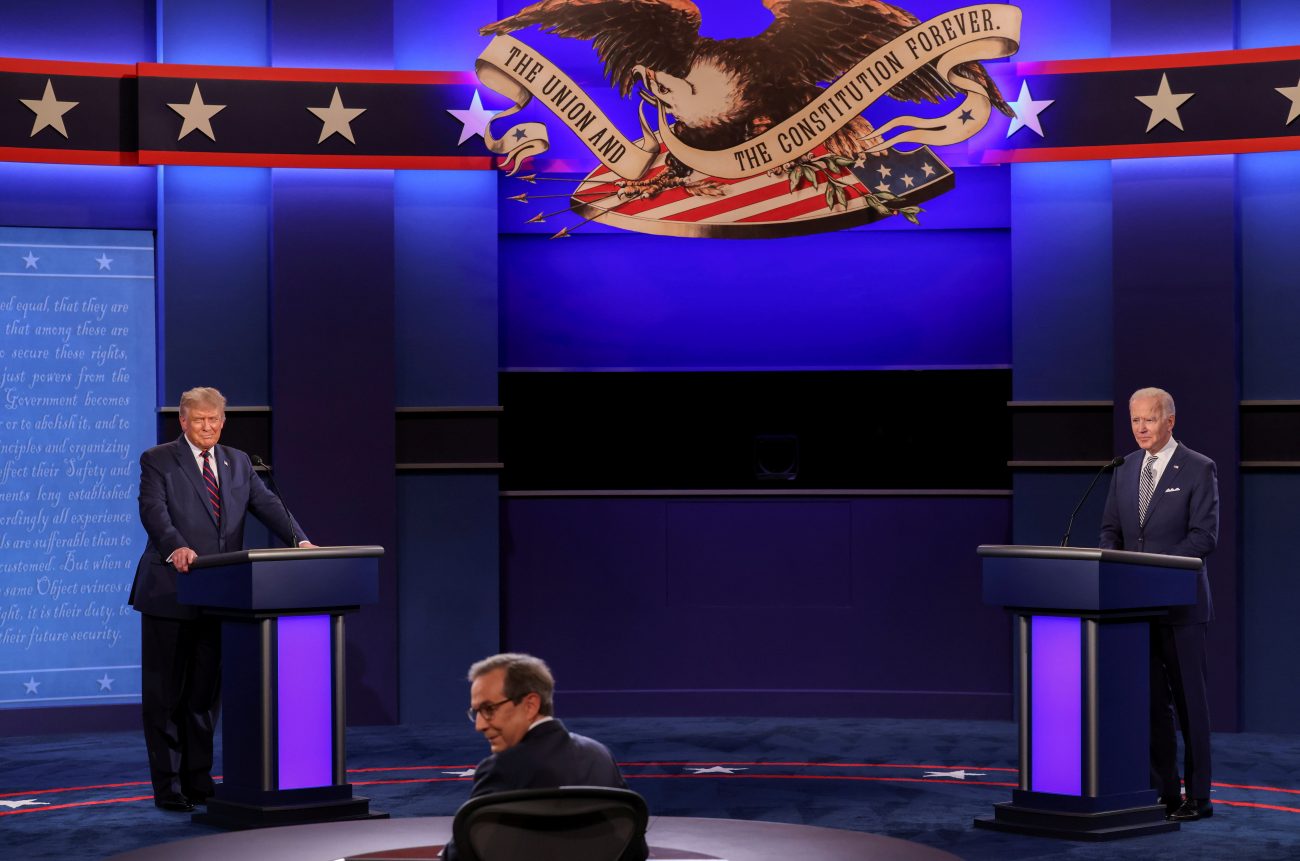 (CNS) — The incivility that was front and center during the first presidential debate sent Catholics across the country searching for answers about what they can do to calm the seas when people disagree.

While they said they have promoted finding common ground and the need for Catholics particularly to hear the call to civil discourse espoused by church leaders for years, they expressed concern that incivility is increasing nationwide, causing a chasm that will take years to bridge.

“Incivility has infected our country and I think the world is appalled at what’s going on in the United States,” said Benedictine Sister Teresa Ann Wolf, director of the Glacial Lakes Multicultural Center in Watertown, South Dakota.

“When we forget that we’re brothers and sisters in the human family, that we’re all children of God, when we forget everybody is worthy of respect and dignity,” she said, “that’s when we open ourselves to the dark side of human impulses.”

Sister Teresa Ann has heard the insults and denigrating comments directed at the immigrants who turn to the ecumenical center for assistance and support. She said she is concerned the action of some political leaders has “given people permission to act on their worst impulses.”

“Then we become more and more uncivil and insulting to others,” she said.

Mary Rose Redlin, a center volunteer, has witnessed the insults and in-your-face comments emerge in recent years in Watertown and surrounding areas in eastern South Dakota. She said people have cut her off when she attempts to bring a new perspective to their attention.

“They don’t want to have a conversation,” she said.

That worries Redlin, who said she feels the bonds of a strong democracy upon which the country is built are fraying. In response, she has turned to prayer, seeking ways to help restore at least a respect for differences.

Civility is a product of dialogue and conversation, said Susie Tierney, executive director of JustFaith Ministries.

She said dialogue promotes the common good, something which seems to be receiving less attention in U.S. society as people focus on their own wants and needs with undue concern for those of others.

Similar concerns are held by observers such as Vincent Miller, professor of religious studies at the University of Dayton in Ohio.

Miller told Catholic News Service that he feared U.S. society is losing respect for a “fragile web of social norms and practices that existed by common agreement.” He pointed to the Sept. 29 presidential debate between President Donald Trump, the Republican incumbent, and Democratic challenger Joe Biden in which agreed upon rules were routinely disregarded.

“This is happening across the board in many dimensions,” Miller said. “That is deeply troubling. … That has enormous consequences for politics and society.”

He also expressed concern that “the damage (from incivility) is deep and it will take a lot of time and a lot of work to repair it.”

Pope Francis has long recognized the ruptures along ideological lines that are occurring, threatening the unity of the society as well as the church.

Throughout his papacy, the pope’s talks during weekly general audiences at the Vatican, and his teaching documents have invited people to reach out to others even when it is difficult to do so.

Miguel Diaz, a professor in the Department of Theology at Loyola University Chicago and former U.S. ambassador to the Holy See, said Pope Francis hopes that people “encounter” each other. He suggested that people heed the pope’s call and open their minds and hearts as a step toward recognizing the dignity of others.

“Civility requires a certain degree of humility. When that’s missing, it’s difficult to engage with a conversation with another human being,” Diaz said.

“To practice civility, the first thing is we must have in mind (are) some rules of engagement. Those rules require us to listen to and listen for things. It requires good listening skills,” he continued.

“Beyond the listening, it requires an attentiveness to the word and what words do. In the best of cases, words should be used to create and construct and not to constantly put down another human being. Words are given precisely to create a bridge rather than to separate us from one another,” Diaz said.

The Catholic community itself has been afflicted with shouting diatribes among its members as well. The call to recognize each other as sisters and brothers as Sister Teresa Ann described has been ignored at times even by Catholics holding differing views of what they believe the church should be emphasizing to bring people closer to God.

The Diocese of Camden, New Jersey, is among those working to address such differences. During the current election cycle it has implemented the “Civilize It” program being promoted by the U.S. Conference of Catholic Bishops for the 2020 election.

Matt Davis, diocesan director of Life and Justice Ministries, told CNS that his office has utilized the program at listening sessions and discussions that explore the importance of respect for others, as called for in church teaching.

Developed in 2016 in the Archdiocese Cincinnati to help parishioners understand the importance of civility as a virtue, the “Civilize It” campaign has been adopted with a few tweaks by the U.S. Conference of Catholic Bishops for the 2020 election. The program stresses that respectful dialogue — rather than name-calling and nasty barbs — can occur among people with differing political views.

One such session in the diocese was held two hours before the first presidential debate. Davis said people left to watch the debate thinking they “must be role models ourselves, to be witnesses” to civility. “And when you’re attacked to rise above it,” he said.

Miller at the University of Dayton said such efforts can help people understand that society must preserve the norms that have united the nation since its founding.

“And we can use the means at our disposal to serve the common good as best we can.”