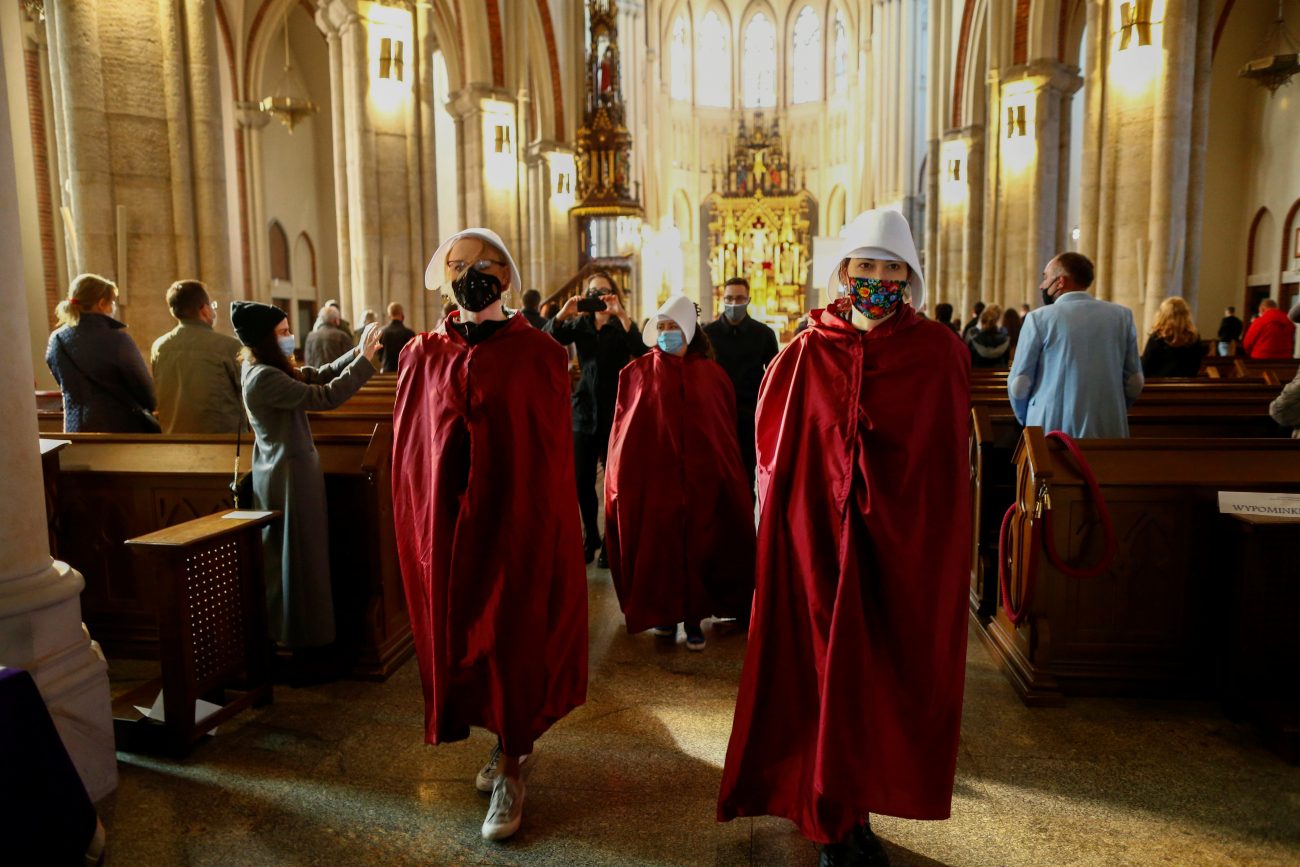 WARSAW, Poland (CNS) — Poland’s bishops’ conference decried attacks on churches by demonstrators protesting a near-total ban on abortions by the country’s Constitutional Court and urged restraint from violence and dialogue.

Archbishop Stanislaw Gadecki of Poznan, conference president, acknowledged that the court’s Oct. 22 decision “has caused unusually emotional reactions,” but said that “the vulgarities, abusive daubings, service disruptions and profanations seen in recent days are not a proper form of action in a democratic state, however much they may help certain people relieve their emotions.”

Demonstrators entered churches during Masses Oct. 25 in Warsaw, Krakow, Poznan and other cities to protest the Constitutional Court’s ruling that found a clause in Poland’s 1993 abortion law allowing pregnancy terminations in cases of “severe and irreparable fetal damage” was unconstitutional.

Archbishop Gadecki said the church’s “unchanging and publicly known” position on the right to life had been set out in St. John Paul II’s 1995 encyclical “Evangelium Vitae” (“The Gospel of Life”) and reaffirmed in Pope Francis’ recent encyclical “Fratelli Tutti, on Fraternity and Social Friendship.”

He appealed for dialogue “on how to protect the right to life and women’s rights.”

“The church cannot stop defending life or give up proclaiming the need to protect every human being from conception to natural death. On this question, we can accept no compromise,” he said.

The archbishop also urged the public to “express their views in a socially acceptable way, respecting every person’s dignity,” and called on “politicians and journalists not to escalate the tensions and show responsibility for social peace.”

Protesters waved signs outside churches and offices of the governing Law and Justice party and spray-painted walls during the demonstrations.

Meanwhile, Bishop Wieslaw Smigiel of Torun, who heads the Polish church’s Family Council, told the KAI agency Oct. 26 that the court’s judgment “presented church and state with an even greater task” of providing “concrete help for families with handicapped children.”

NEXT: Pope calls for Poland to protect life amid protests over abortion law