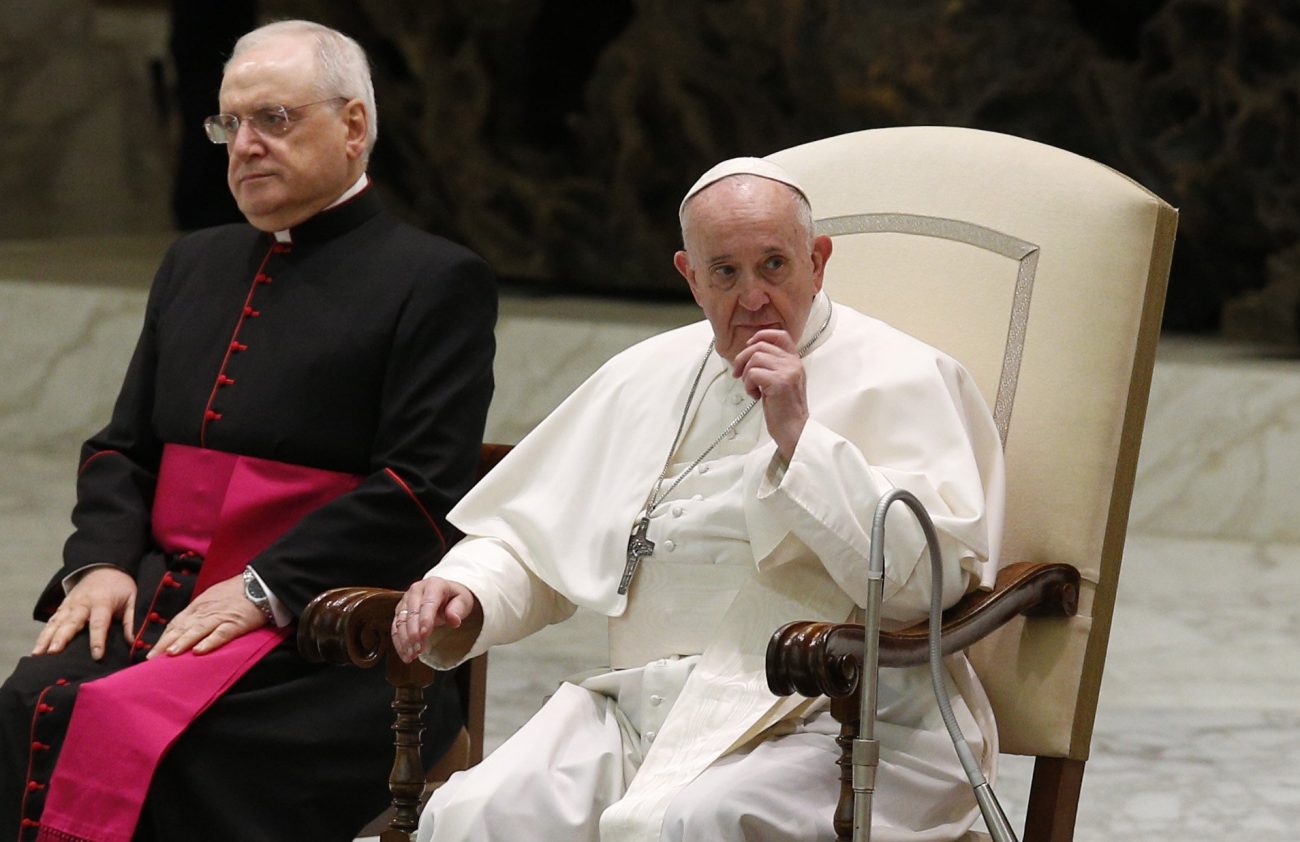 VATICAN CITY (CNS) — As protests against a near-total ban on abortions gripped Poland, Pope Francis urged the people of the country to defend life.

Addressing Polish pilgrims during his weekly general audience Oct. 28, the pope invoked the memory of St. John Paul II, who “always urged a privileged love for the least and the defenseless and for the protection of every human being, from conception to natural death.”

The pope prayed, through the intercession of Mary and of St. John Paul, that God would “arouse in everyone’s hearts respect for the life of our brothers and sisters, especially of the most fragile and defenseless, and would give strength to those who welcome and take care of them, even when it requires a heroic love.”

The decision provoked outrage from some women’s rights groups in the country against the governing Law and Justice party, as well as against the Catholic Church.

Demonstrators entered churches during Masses Oct. 25 in Warsaw, Krakow, Poznan and other cities to protest the court’s ruling, drawing criticism from the Polish bishops’ conference.

Acknowledging that the ruling “has caused unusually emotional reactions,” Archbishop Stanislaw Gadecki of Poznan, conference president, said in a statement Oct. 25 that “the vulgarities, abusive daubings, service disruptions and profanations seen in recent days are not a proper form of action in a democratic state, however much they may help certain people relieve their emotions.”

While appealing for dialogue “on how to protect the right to life and women’s rights,” Archbishop Gadecki said that the church’s stance on abortion is “unchanging and publicly known.”

“The church cannot stop defending life or give up proclaiming the need to protect every human being from conception to natural death,” he said. “On this question, we can accept no compromise.”