Pope to celebrate private Mass for All Souls at Vatican cemetery 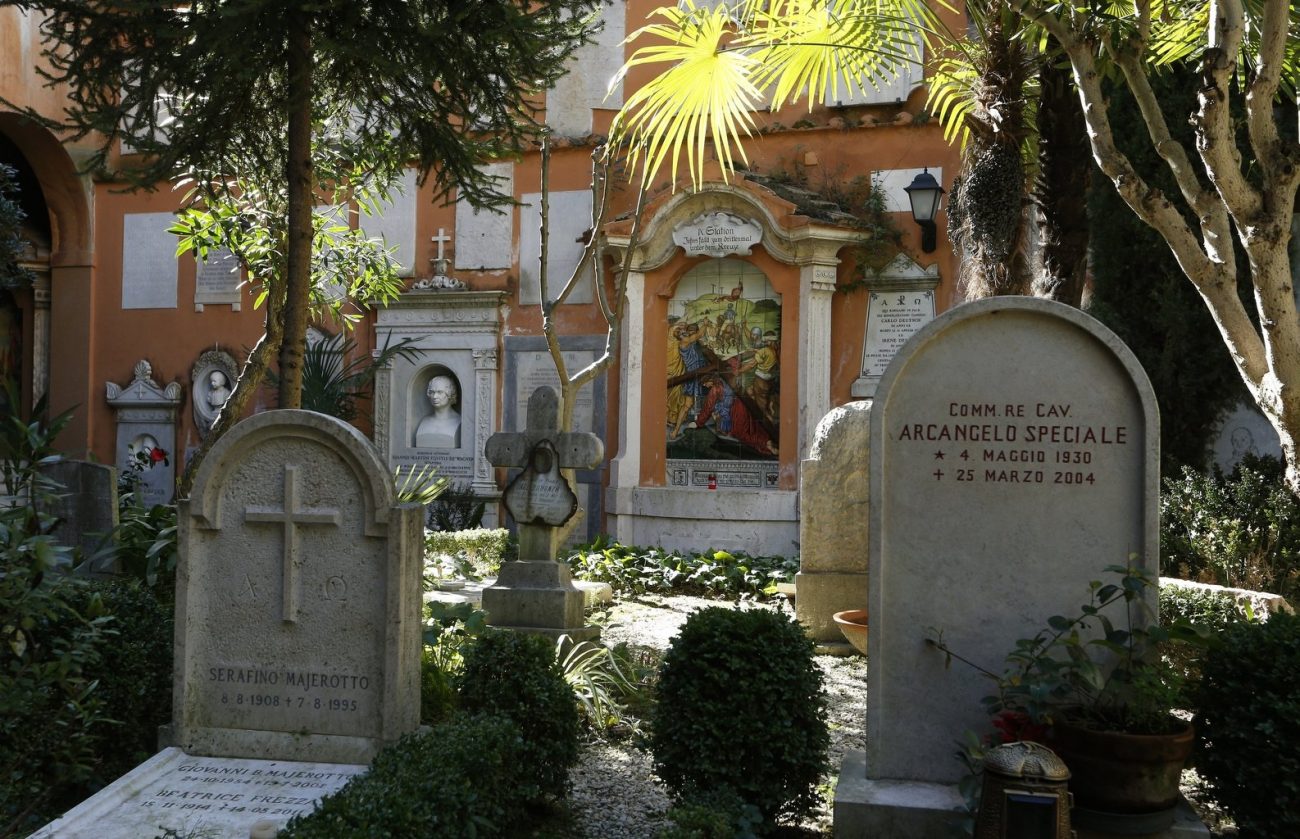 The Teutonic cemetery is pictured at the Vatican in this March 6, 2015, file photo. The Vatican announced that Pope Francis will celebrate a private Mass in the cemetery on All Souls Day, Nov. 2. (CNS photo/Paul Haring)

VATICAN CITY (CNS) — Due to restrictions to curb the spread of COVID-19, Pope Francis will celebrate the feast of All Souls with a “strictly private” Mass at a Vatican cemetery.

Unlike past years when the pope would mark the feast with an outdoor Mass at a cemetery in Rome, the Nov. 2 Mass will take place “without the participation of the faithful” at the Vatican’s Teutonic Cemetery, the Vatican said in a statement released Oct. 28.

Known as the “Camposanto of the Teutons and the Flemish,” the Teutonic Cemetery is near St. Peter’s Basilica and is on the site that was once part of the Circus of Nero, where early Christians were martyred. According to tradition, the cemetery chapel of Our Lady of Sorrows marks the spot where St. Peter was killed.

After the Mass, the pope “will stop to pray in the cemetery and will then go to the Vatican grottoes for the remembrance of the deceased pontiffs,” the statement said.

The Vatican also announced that the pope’s annual memorial Mass for cardinals and bishops who died in the past year will be celebrated Nov. 5.

“Like other liturgical celebrations in the coming months,” the statement said, the pope will celebrate the liturgy at the Altar of the Chair in St. Peter’s Basilica with “a very limited” number of faithful “in compliance with the protective measures provided and subject to changes due to the current health situation.”

However, it is foreseen that both celebrations will be limited to a small group of faithful.

Diplomats accredited to the Vatican, who usually attend the Christmas Mass, were told in late October it would not be possible this year.