Vatican gathers ambassadors to hear what is happening in Syria 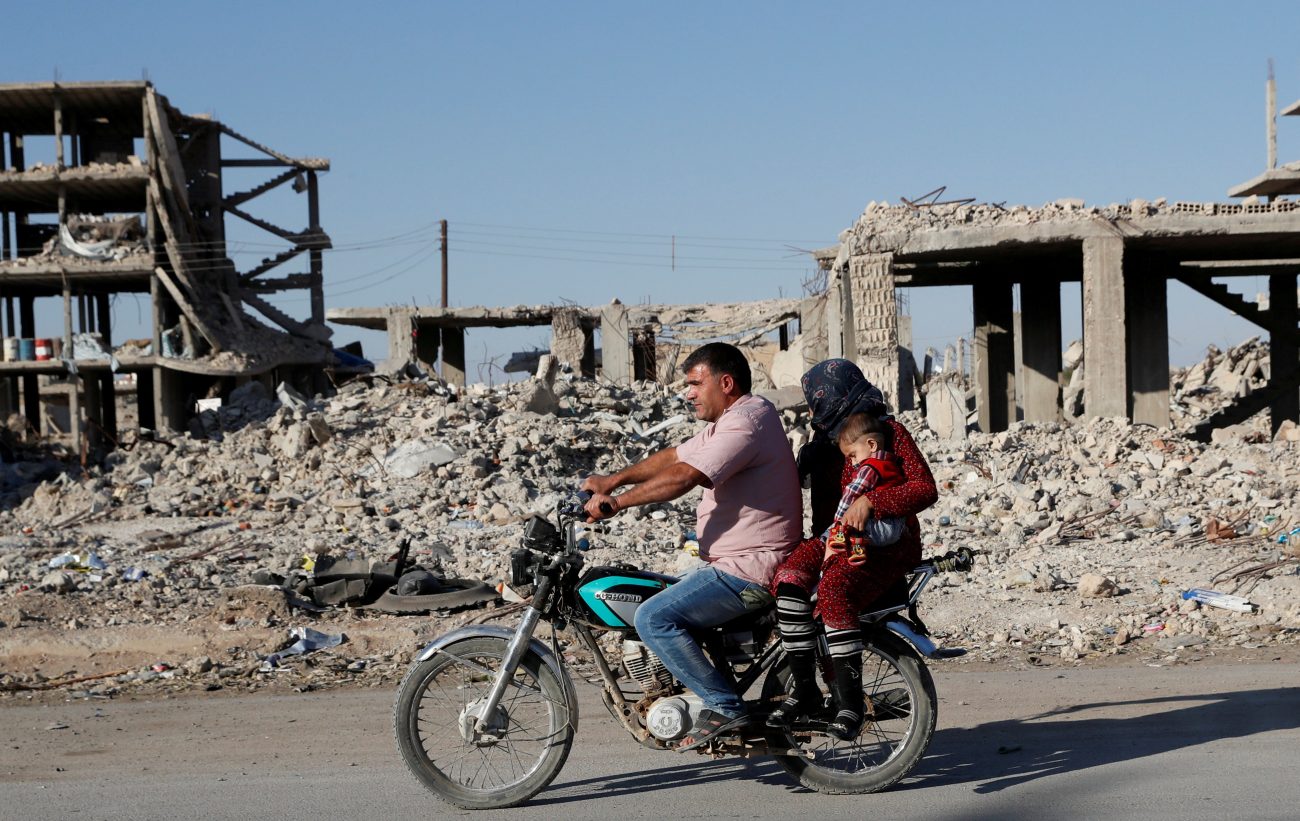 Motorists are pictured in a file photo riding a motorcycle past ruins of buildings destroyed during fighting in Kobani, Syria. Ambassadors to the Vatican from around the world were called together Oct. 15, 2020, to hear from Cardinal Mario Zenari, apostolic nuncio to Syria, about the humanitarian disaster there. (CNS photo/Erik De Castro, Reuters)

VATICAN CITY (CNS) — As the world’s attention is focused on the COVID-19 pandemic and its dire economic consequences, the Vatican urged nations not to forget the people of Syria, who are still living in a situation of violence and extreme need.

In an extraordinary move, the Vatican invited diplomats accredited to the Holy See from around the world to meet Oct. 15 with Cardinal Mario Zenari, the nuncio to Syria.

“The appointment was an opportunity to rekindle attention toward the situation in Syria, which has been prostrated by almost 10 years of violence,” the Vatican said in a statement issued hours after the event ended. The Vatican did not say how many ambassadors attended the meeting. 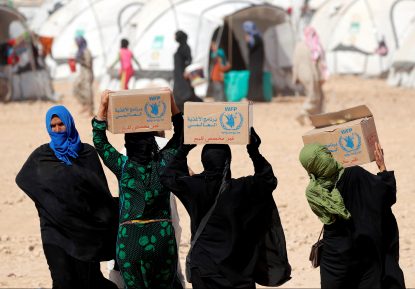 People displaced by fighting between the Syrian Democratic Forces and Islamic State militants are pictured in a file photo carrying boxes of food aid given by the World Food Program at a camp in Ain Issa, Syria. (CNS photo/Erik De Castro, Reuters)

Cardinal Zenari told the ambassadors that while the war and suffering in Syria had all but disappeared from the “media’s radar,” the humanitarian disaster continues.

After the destruction of rocket fire, he said, the nation now faces the threat of the “bomb of poverty,” according to the Vatican statement. The nuncio said some 80% of the population is living in poverty and an estimated 11 million Syrians require humanitarian assistance.

Syria is an “expanse of ghost villages” strewn with rubble, he said, and “many Syrians have lost hope.”

Cardinal Zenari also mentioned the international sanctions imposed on Syria in an attempt to force the regime to pursue peace and democratic reforms.

Innocent civilians are suffering the effects of the sanctions, he said.

According to the Vatican, Cardinal Zenari also responded to questions from the ambassadors present, including questions about: relations between religious communities in Syria; the need for economic recovery at various levels for the reconstruction of the country; the consequences of the conflict on the presence of Christians in the region; the educational emergency; the situation of women; and the need for additional financial resources for the “Open Hospitals” project, involving three Catholic hospitals in Damascus and Aleppo that offer services free to all who are sick regardless of ethnic origin or religious belief.

Cardinal Pietro Parolin, Vatican secretary of state, opening the meeting, expressed his hope that the world will not grow accustomed to the “litany of horrors that every day comes to us from that tormented nation,” the Vatican said.

At the end of the meeting, the statement said, Cardinal Parolin “reiterated the importance of seeking new solutions and of not abandoning Syria under a blanket of silence and indifference.” 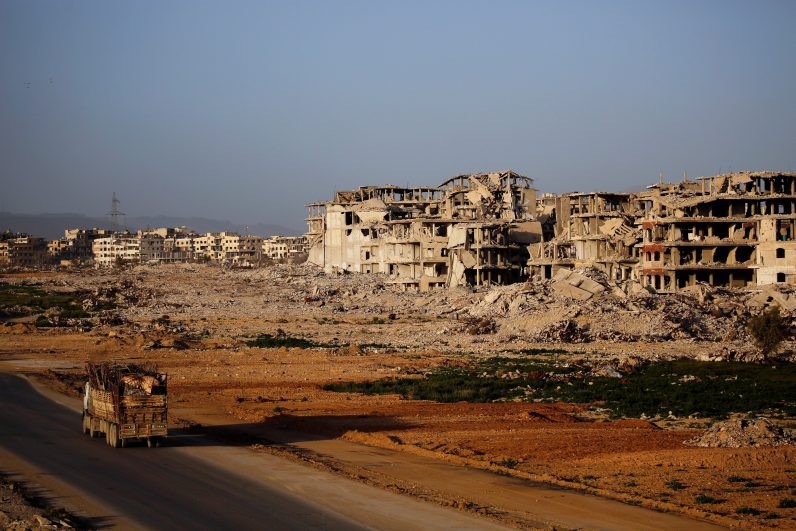 A file photo shows buildings destroyed by fighting in Ein Terma, Syria. Ambassadors to the Vatican from around the world were called together Oct. 15, 2020, to hear from Cardinal Mario Zenari, apostolic nuncio to Syria, about the humanitarian disaster there. (CNS photo/Omar Sanadiki, Reuters)