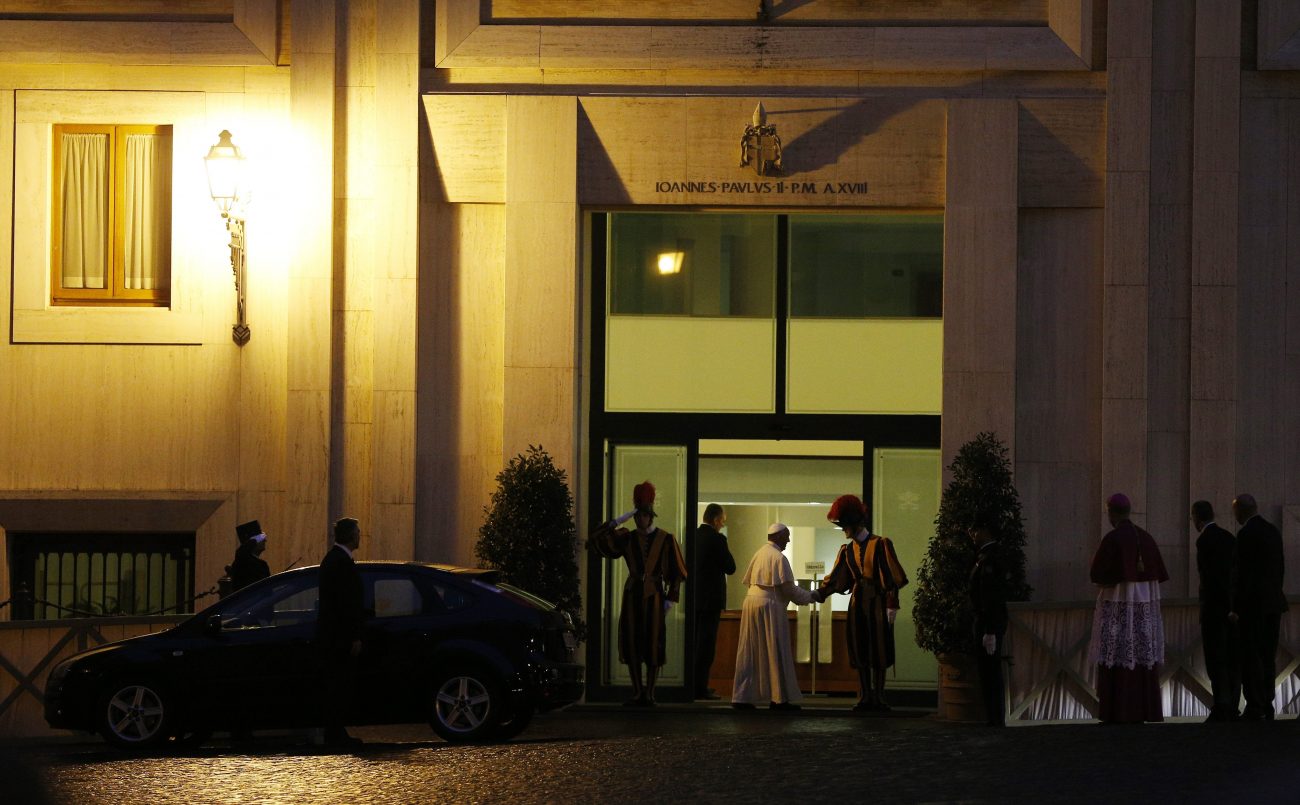 VATICAN CITY (CNS) — A resident at the Domus Sanctae Marthae, the residence where Pope Francis lives, tested positive for COVID-19, the Vatican announced.

In a statement Oct. 17, Vatican spokesman Matteo Bruni said the person, who is asymptomatic, was placed in isolation, as well as “those who came into contact with him,” and has temporarily left the residence.

“The regulations issued by the Holy See and the Governorate of Vatican City State continue to be observed and the health of all residents of the Domus is constantly monitored,” Bruni said.

The news came several days after the Swiss Guard announced that an additional seven men tested positive for COVID-19, bringing the current number of cases among the 113 guardsmen to 11.

Three other citizens or residents of Vatican City State had been found to be positive with mild symptoms over the past few weeks. However, Bruni said that they have since recovered from the virus.

Authorities in Italy have been on high alert due to a spike in infections, prompting fears of a second wave of the pandemic.

The Italian Health Ministry said that 11,705 new positive cases of coronavirus were recorded Oct. 18. The ministry also reported that 69 patients died, bringing the total number of deaths in the country to 36,543 since the start of the pandemic.

Italian Prime Minister Giuseppe Conte announced a series of new restrictions Oct. 18, forbidding restaurants from seating more than six people at a table, imposing earlier closing hours for bars and eateries without table service and ordering high schools and universities to make plans for staggered student schedules and regular use of online instruction.

Conte said that the measures were meant to not only curb the rise in cases, but to also avoid another lockdown.

“We must act, deploying all measures necessary to avert a new generalized lockdown,” Conte said. “The country cannot afford a new setback that would severely jeopardize the whole economy.”

At his general audience Oct. 14, Pope Francis apologized to participants for being unable to greet them up close and explained that with the new safety regulations in place, “it is better if we keep distant.”

“I’m sorry that I greet you from afar, but I think that if we, as good citizens, fulfill the regulations from the authorities, this will be a help to end this pandemic,” the pope said.

NEXT: Demonstrators burn two churches in Chile on anniversary of protests