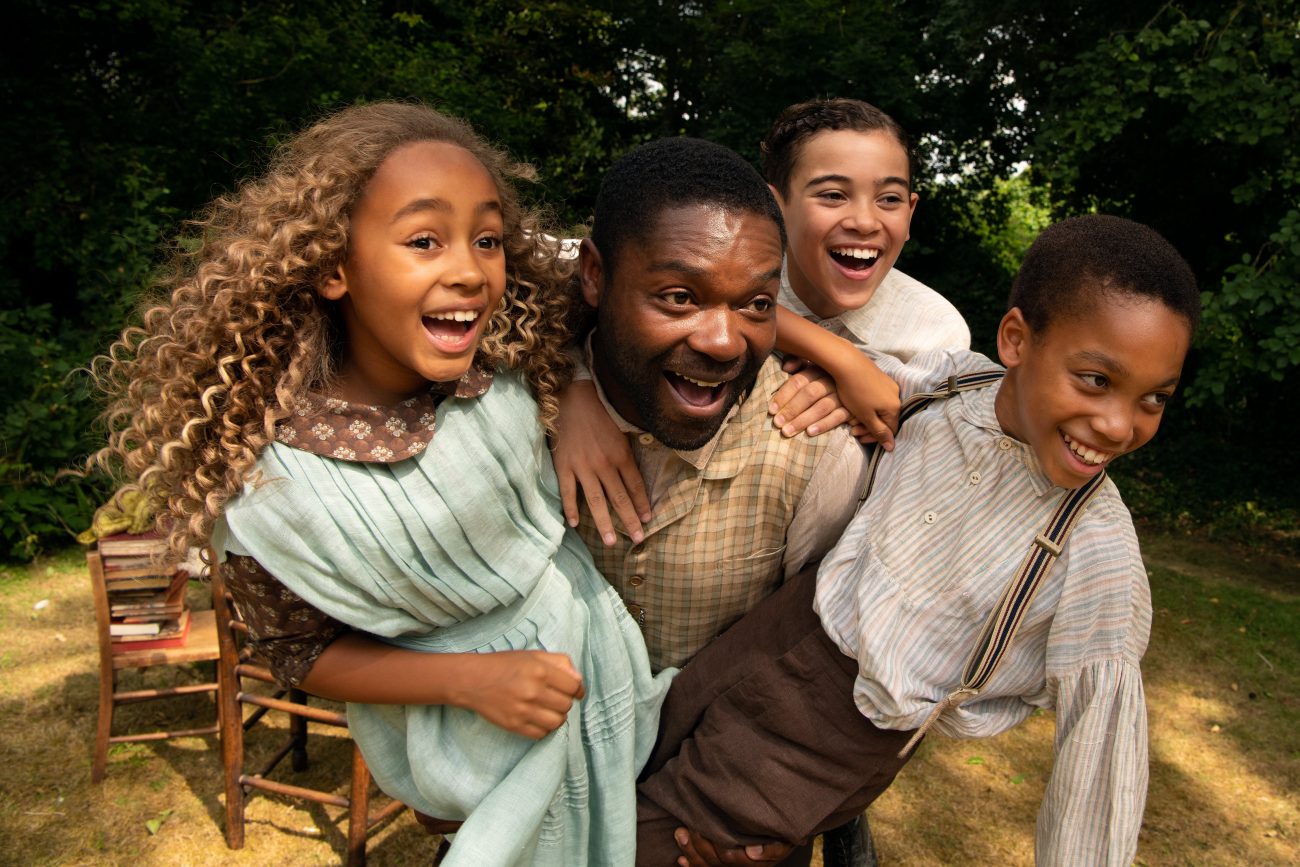 Keira Chansa, David Oyelowo, Reece Yates and Jordan A. Nash star in a scene from the movie "Come Away." The Motion Picture Association rating is PG -- parental guidance suggested. Some material may not be suitable for children. (CNS photo/Alex Bailey, Maginot Line via Relativity Media)

NEW YORK (CNS) — Take “Peter Pan,” add a dash of “Alice in Wonderland,” stir in the poetry of William Butler Yeats and you have the recipe for “Come Away” (Relativity), an intriguing if slightly schizophrenic fairy tale.

Director Brenda Chapman has plowed similar creative ground before with her 2012 medieval Scottish fantasy “Brave.” This time, working from a script by Marissa Kate Goodhill, she updates the setting to late-Victorian England and concocts a revisionist origin story for the iconic characters created by J.M. Barrie and Lewis Carroll.

It’s an ambitious goal, and “Come Away” falls short, veering from enchantment to melancholy and back again, with echoes of 2004’s “Finding Neverland.” Still, this messy mash-up is mostly wholesome, family-friendly fare likely to spark the imaginations of young viewers.

The starting point is Yeats’ 1889 poem “The Stolen Child,” with its inviting lines, “Come away, O human child!/To the waters and the wild/With a faery, hand in hand/For the world’s more full of weeping than you can understand.”

There’s little sadness on display, at least initially, at the Littleton home, deep in a sun-dappled forest within which the family’s three children revel in battling make-believe pirates and hosting tea parties with plush toys.

The sprightly 8-year-old is named — naturally — Alice (Keira Chansa), and her mischievous brother is Peter (Jordan Nash). They follow the lead of their dashing older sibling David (Reece Yates), soon to leave home for boarding school.

It’s all too good to last, and when tragedy strikes, their idyllic world is turned upside down. A secret problem is revealed, and it falls to Alice and Peter to make a perilous journey to London to find a solution. There they encounter a host of colorful characters who resemble other creations by Barrie and Carroll.

Good thing Alice carries the trinket she was given by Rose, a lovely bauble fashioned by a passing gypsy. This “tinker’s bell” (hint, hint) will come in handy, especially when Alice stumbles across that big rabbit hole and Peter falls in step with boys who are “lost.”

The film contains mature themes and moments of peril. The Catholic News Service classification is A-II — adults and adolescents. The Motion Picture Association rating is PG — parental guidance suggested. Some material may not be suitable for children.

NEXT: ‘The Last Vermeer’ frames art with intrigue in post-war Europe