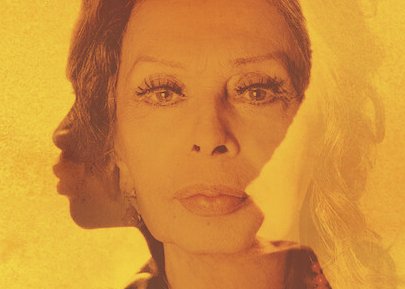 This is the movie poster for “The Life Ahead,” starring Sophia Loren, now streaming on Netflix. The Catholic News Service classification is O — morally offensive. The Motion Picture Association of America rating is PG-13 — parents strongly cautioned. Some material may be inappropriate for children under 13. (CNS photo/Netflix)

NEW YORK (CNS) — Six years after her most recent role in her son Edoardo Ponti’s film “Human Voice,” fabled actress Sophia Loren returns to the screen in “The Life Ahead” (Netflix).

Already playing in theaters, the Italian-language drama, subtitled in English, will be available on the streaming service beginning Nov. 13.

The pleasure with which viewers might otherwise greet a renewal of Loren’s majestic presence is blighted by the fact that her latest project is as morally flawed as it is skillfully made and adeptly played. Despite its strong aesthetic appeal and some positive themes, the movie’s blatant contradiction of Gospel values prevents its endorsement for any audience.

Ponti is once again at the helm. He also co-wrote (with Ugo Chiti) the screenplay for this adaptation of French author Romain Gary’s 1975 novel “The Life Before Us,” published under the pen name Emile Ajar.

With the setting shifted from Paris to a seaside village in Italy, we’re introduced to Loren’s character, octogenarian Madame Rosa, a former prostitute. Having fallen on hard times, Rosa is trying to sell a pair of candlesticks in order to pay her rent, only to have these treasured family heirlooms stolen by Momo (Ibrahima Gueye), an orphaned 12-year-old Senegalese immigrant.

However, Dr. Coen (Renato Carpentieri), who is both Momo’s guardian and Rosa’s physician, recognizes the purloined items and insists that his charge return them and apologize to Rosa. Even as the lad does so, Cohen, acknowledging that he can no longer control Momo’s behavior, arranges to pay Rosa to look after him.

Rosa already provides day care and temporary housing for the children of women currently walking the streets. But the Holocaust survivor, an observant Jew, will find handling Momo a serious challenge — if only because the young refugee derives both pride and a sense of accomplishment from selling narcotics for the local drug lord, Ruspa (Massimiliano Rossi).

Unaware of Momo’s connection to Ruspa — who has recently given his protege in crime his own territory after Momo succeeded in unloading more product in a week than his predecessor, Nala (Malich Sisse), had in a month — Rosa nonetheless recognizes that the boy needs a positive male role model. She finds one in Muslim rugmaker Hamil (Babak Karimi).

Working in Hamil’s shop, Momo learns about Islam. “In the Quran,” Hamil says, observing a patterned rug he hopes to restore, “the lion is a symbol of power, patience and faith.” This imagery has a special appeal to Momo because a lioness comes to him in his daydreams, protecting and comforting him.

As Momo works through his now divided loyalties, he appears ready to make wiser decisions and choose better paths. He also begins to display a deeper appreciation for the familial love Rosa offers him. As Rosa’s health declines, though, the duo’s caregiving roles will eventually be reversed.

“The Life Ahead” showcases interfaith and intergenerational reconciliation and friendship. It also directs audience attention to the plight of street children and refugees.

But these commendable aspects of Ponti’s movie are offset by its benign treatment of transgenderism — Rosa’s friend Lola (Abril Zamora) is an ex-boxer living as a woman — and, more gravely, its implicit approval of euthanasia.

NEXT: As modern morality tale, ‘Mank’ flashes back to golden-era Hollywood