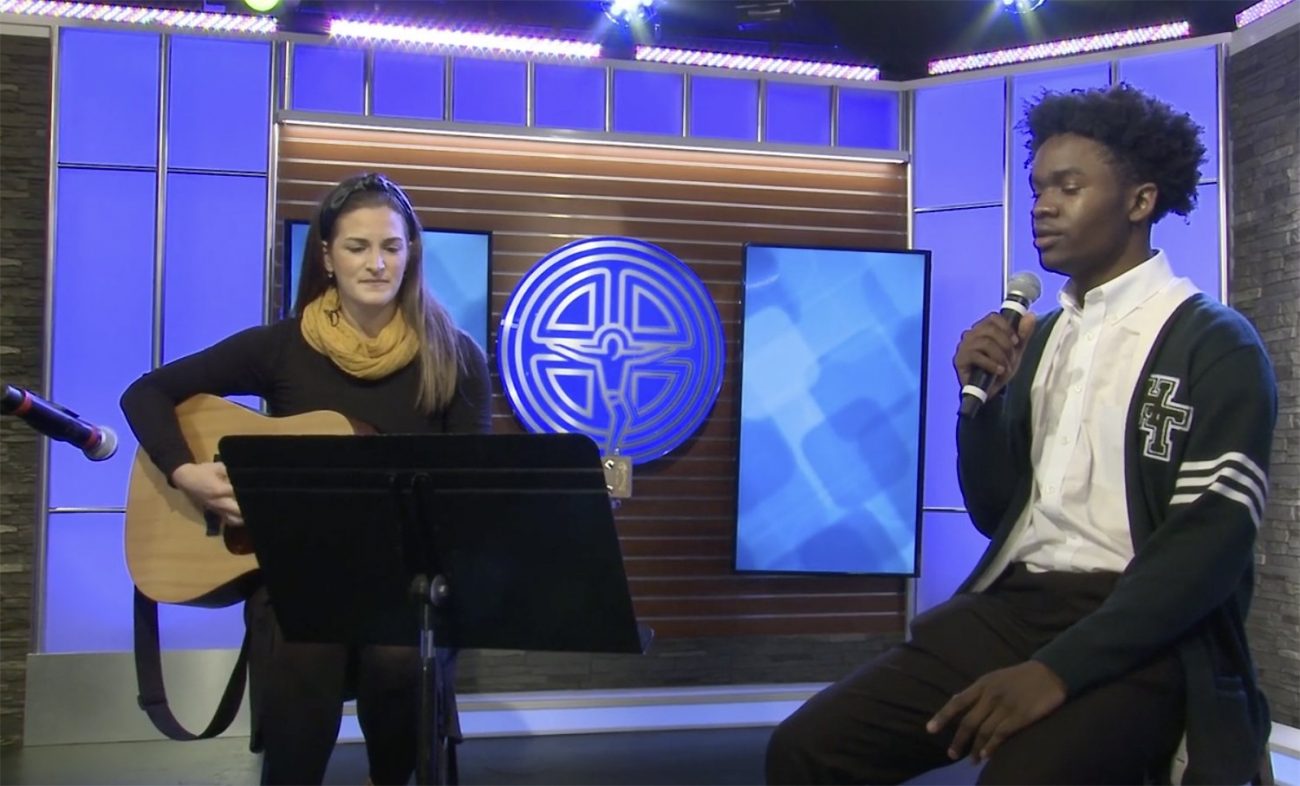 WASHINGTON (CNS) — Blessed Carlo Acutis, the Italian teen beatified in October, is not only responsible for a medical miracle, he also has inspired a song featuring his own quotations.

“Born an Original” had its television debut Nov. 18 on “CFN Live,” a program on the Catholic Faith Network, which serves New York, New Jersey and Connecticut.

Blessed Acutis, noted Theresa Marino, campus minister at Holy Trinity Diocesan High School in Hicksville, New York, “was 15 when he died” in 2006, making him a peer to students. The school is in the Diocese of Rockville Centre.

Marino said on the show that teens can identify with Blessed Acutis, someone “whose pictures are in color. There are pictures of him that look like home videos. It makes sainthood seem real, like something they can do themselves.”

Blessed Acutis spent four years developing a catalog of every known eucharistic miracle. “What makes a 15-year-old want to make a website about that instead of a celebrity?” Marino said. The blessed’s life, she added, gives teens “permission, in a Catholic way, to become yourself … to be your own saint. To be who God created you to be.”

“When my time comes I’m sure I won’t have to fear,” the lyrics say. “Lord, you are my highway to heaven. In you I trust. Something extraordinary awaits us, my hope comes from you.” The chorus says: “Born an original, that’s how I’m gonna stay till my dying day.” Blessed Acutis said it was better to be an original and “not a photocopy.”

After singing, Ridley said Blessed Acutis was “a kid just like me. I’m aiming for the kind of relationship he had with God. It makes teens want to have a relationship with God as well.” He added that Blessed Acutis “stayed after Mass and created the catalog he was known for at age 11. That inspired me.”

Blessed Acutis was beatified Oct. 10 in Assisi, Italy. The teen, who grew up in Milan, had asked to be buried in Assisi. A miracle was attributed to him after the mother of a Brazilian boy with a pancreatic disorder prayed for his intercession on behalf of her son.

Blessed Acutis, who died of leukemia, was known as a computer geek who stood up to bullies who were picking on schoolmates. 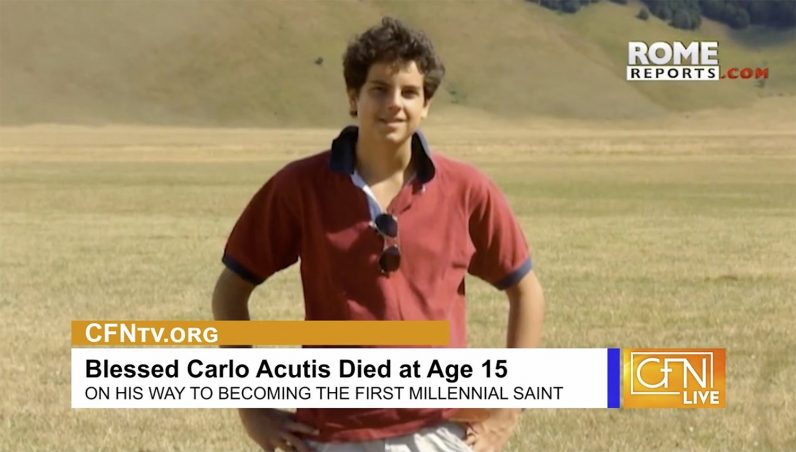 Blessed Carlo Acutis is seen in this screen grab from a Nov. 18, 2020, story on Catholic Faith Network TV Live on how the teen’s life inspired campus ministry at Holy Trinity Diocesan High School in Hicksville, N.Y. to compose a song. (CNS photo/screen grab)