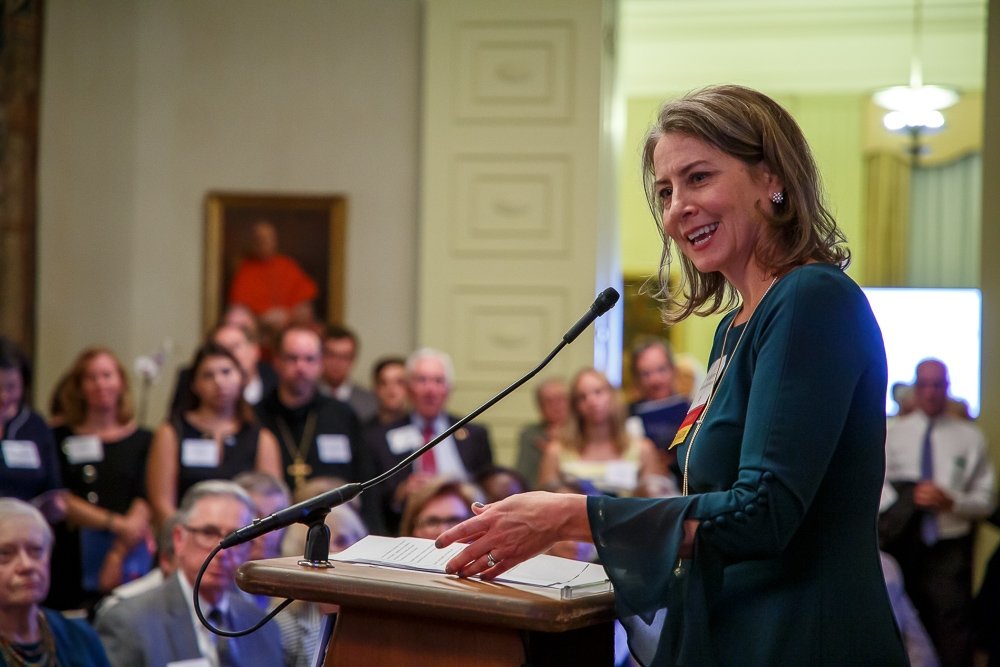 WASHINGTON (CNS) — A move by the Department of Justice to expand how it carries out federal death sentences — to include electrocution, gas or firing squads along with lethal injections –was sharply criticized by Catholic anti-death penalty activists.

“The administration’s eleventh-hour push to bring back firing squads and institute additional methods of execution flies in the face of a country that is turning away from the practice of capital punishment,” said Krisanne Vaillancourt Murphy, executive director of Catholic Mobilizing Network, who called the move “yet another blatant affront to the dignity of life.”

On Nov. 27, the Justice Department published a final rule change, effective Dec. 24, to add to the execution methods it uses for federal death sentences, permitting it to use “any other manner prescribed by the law of the state in which the sentence was imposed.”

The proposed amendment was announced in August and posted on the Federal Register for comments. It calls for alternative means for federal executions if the lethal injection drug is not available in the state where the defendant is given the death sentence.

It also suggests that if the state where the crime occurred does not permit death sentences, a judge can designate another state with those laws and utilize their facilities to carry out the execution. 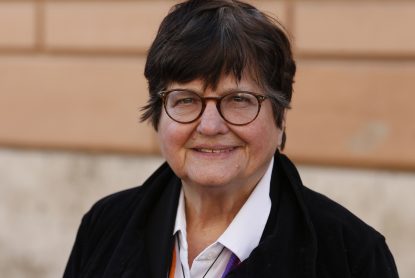 Sister Helen Prejean, a Sister of St. Joseph of Medaille, who has worked in prison ministry and against the death penalty for decades, is seen in this 2016 file photo. (CNS photo/Paul Haring)

Sister Helen Prejean, a Sister of St. Joseph of Medaille, who is a longtime activist against the death penalty, said the Justice Department’s plan to use other means of federal executions shows the “callous brute force of the mentality of the Trump administration.”

She added the president “believes that he can use force and kill people. He can use violence and force to make his point. There is no need for these executions to happen.”

In a Nov. 30 interview with Democracy Now! — a nonprofit independent news program — she speculated the reason for this policy change was to “make sure that they can expedite these executions without any court cases about lethal injection.”

In many states there have been questions about the use of lethal injections as well as botched executions, which Sister Prejean said is the fault of the Supreme Court having “allowed states to just experiment widely with drugs to kill people.”

A recent example of a state not being able to use lethal injection for a scheduled death penalty was announced Nov. 30 in South Carolina. The state’s Supreme Court stayed the Dec. 4 execution of Richard Bernard Moore after corrections officials said their lethal injection drugs had expired and they would not be able to obtain necessary drugs in time.

The 55-year-old inmate has been on death row for nearly two decades after his conviction in a 1999 killing of a convenience store clerk.

Because of a resistance by drug manufacturers to provide the drugs typically used in lethal injections, some states now allow the use of alternative methods if lethal injection drugs cannot be obtained.

The Death Penalty Information Center, which lists the primary means of execution used by each state, also notes states’ backup execution methods, such as firing squads in Mississippi, Oklahoma and Utah, the electric chair in nine states and nitrogen gas in seven states.

Most states use a drug combination for executions, but a handful of states, and the federal government, just use one drug, pentobarbital.

This year, the Justice Department reinstated federal executions for the first time since 2003 and executed eight prisoners from July to November. Five inmates are scheduled to be executed prior to the swearing-in of Joe Biden as president Jan. 20.

The Death Penalty Information Center said this is the first time since 1889 that the federal government has carried out an execution in the time between a presidential election and the inauguration of a new president.

President-elect Biden has said he will end federal executions and plans to incentivize states to stop executions.

The U.S. bishops have spoken out against the resumption of federal executions and have urged the president and the attorney general to end this practice.

The push to execute five more federal inmates before the end of this presidential term is an “unprecedented execution spree by the federal government,” Vaillancourt Murphy said in a Nov. 30 statement.

“Clearly, the Trump administration’s vengeance is insatiable,” she said. She also quoted “Fratelli Tutti,” the recent encyclical by Pope Francis, in which he warns against being “obsessed with taking revenge and destroying the other. … Nothing is gained this way and, in the end, everything is lost.”

Sister Prejean, tweeting Nov. 20 about the executions scheduled to take place prior to Inauguration Day, said: “This is a disgrace.”