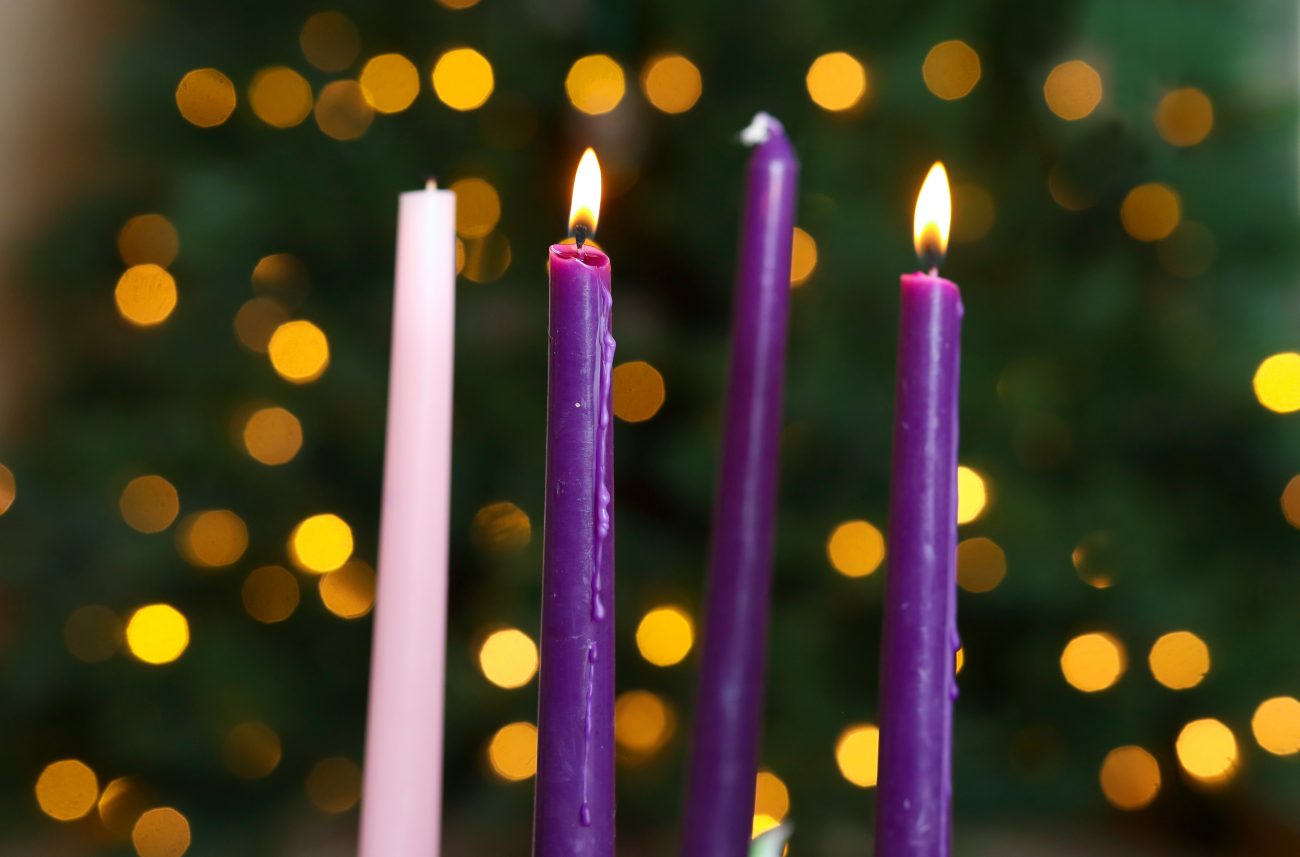 Two candles on the Advent Wreath are lit in Salina, Kan., during the 2020 season of Advent. (CNS photo/Karen Bonar, The Register)

WASHINGTON (CNS) — Federal executions are at odds with Advent as a season “of anticipated redemption” and must be stopped, said the chairmen of the U.S. Conference of Catholic Bishops’ domestic policy and pro-life committees.

“This Advent, the Lord comes to love us even though we don’t deserve it. Let us repent and embrace his gift,” the committee chairmen said in a Dec. 7 statement.

They called on President Donald Trump and Attorney General William Barr to “stop these executions” in “recognition of God’s unmerited gift of self-giving love.” “Executions solve nothing,” they said.

They noted three bishops’ committee chairmen issued a similar statement in Advent 2019 and that the bishops as committee chairs and as a body have urged the Trump administration to halt federal executions since they resumed them in July 2019.

“We’ve asked many times to stop the federal executions,” Archbishop Coakley and Naumann said. “In fact, last Advent, three bishops wrote that the resumption of federal executions was at odds with this season of anticipated redemption.

“But the executions resumed. Eight since July. Two more this week (of Dec. 7). Three (planned) in January. A new regulation will permit federal execution by means other than lethal injection, such as the electric chair.”

They called on Trump and Barr, who is Catholic, to recall God’s mercy during Advent.

“What does the birth of our Lord say to this? The Lord comes not to destroy, but to save,” Archbishops Coakley and Naumann said. “For the Second Sunday of Advent, we hear St. Peter counsel that the Lord ‘is patient with you, not wishing that any should perish but that all should come to repentance’ (2 Pt. 3:9). Can we follow the Lord’s example?”

They added: “We are all sinners. Some have done terrible things. Victims need help. Justice is needed for peace. But executions solve nothing.”

On Nov. 27, the Justice Department published a final rule change, effective Dec. 24, to add to the execution methods it uses for federal death sentences, permitting it to use “any other manner prescribed by the law of the state in which the sentence was imposed.”

The proposed change was announced in August and posted on the Federal Register for public comment. It calls for alternative means for federal executions if the lethal injection drug is not available in the state where the defendant is given the death sentence.

In July 2019, the Trump administration announced the resumption of federal executions and Barr ordered the Bureau of Prisons to schedule executions for five federal inmates, with all taking place in the U.S. Penitentiary in Terre Haute, Indiana.

That month, Bishop Frank J. Dewane of Venice, Florida, then-chairman of the Committee on Domestic Justice and Human Development, called on the administration to abandon its plans to resume federal executions.

Eight federal inmates have been executed this year. The most recent was Orlando Hall, who was put to death by lethal injection just before midnight Nov. 19, about an hour after the Supreme Court denied him a stay.

In a response issued that same day, Archbishops Coakley and Naumann called on Trump and Barr to stop federal executions “as an act of witness to the dignity of all human life.”

Two more are scheduled to take place in December: Brandon Bernard, Dec. 10; he was convicted of murdering married youth ministers Todd and Stacie Bagley in 1999; and Alfred Bourgeois, Dec. 11; he was convicted of abusing, beating and torturing his 2-year-old daughter to death in 2002.

Lisa Montgomery was scheduled to be put to death Dec. 8 for being convicted of strangling a pregnant woman then cutting her open and kidnapping her baby. On Nov. 23, a judge ruled to postpone her execution until Jan. 12. She would be the first female to be executed in almost six decades.

PREVIOUS: Kansas man thanks every doctor, nurse, therapist who helped him beat COVID-19

NEXT: Virus halts Guadalupe processions, but not other ways to safely celebrate feast