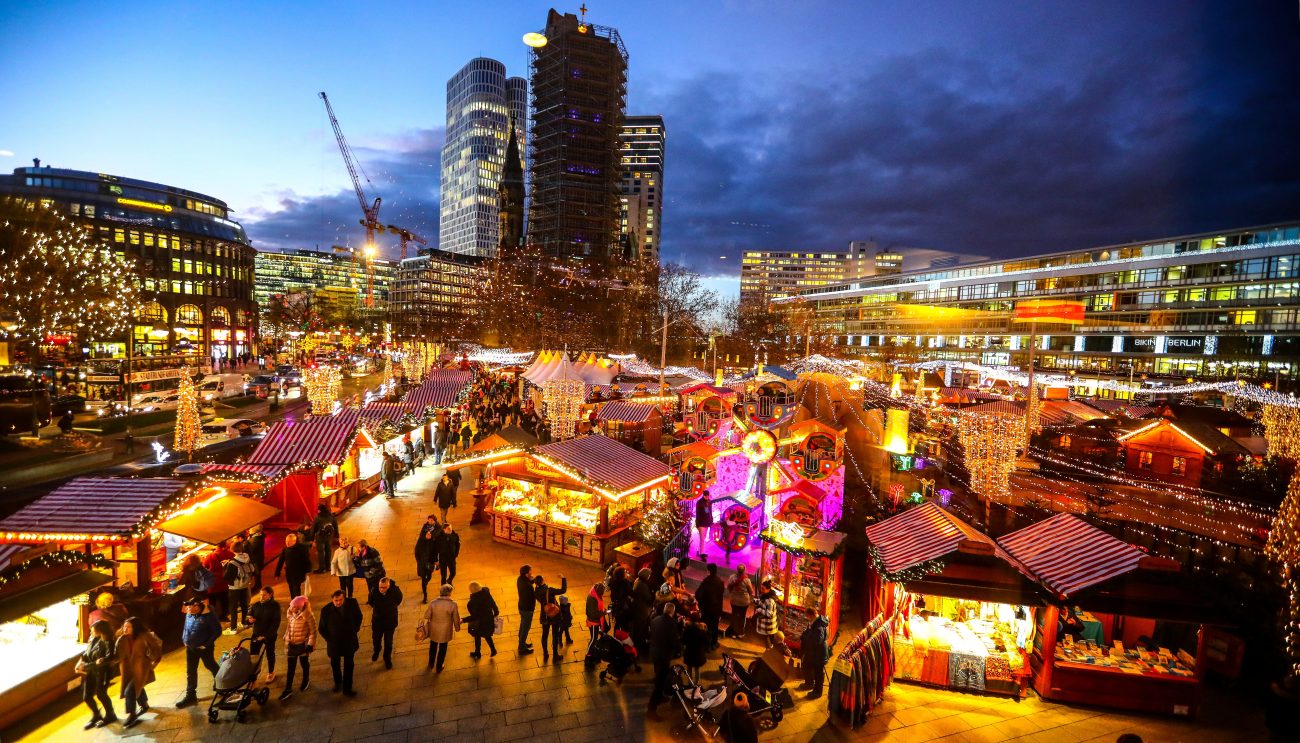 BERLIN (CNS) — In other years, the glitter of Nuremberg’s Christmas market during Advent attracts around 2 million visitors from all over the world. This year, because of COVID-19, everything is different, and the city estimates the economic damage caused by the cancellation of the markets at around 180 million euros (US$218.6 million).

“Economically, it is, of course, a great disaster for us,” Nuremberg Mayor Marcus König told the state broadcaster ZDF last weekend. December is peak season for many market traders, exhibitors, the retail trade, and the catering, taxi and hotel industry.

Nuremberg boasts one of the oldest Christmas fairs, dating back to the mid-16th century.

On Nov. 27, instead of the traditional opening of Germany’s most famous Christmas market with a prologue from the gallery of the Frauenkirche (Church of Our Lady), this year’s Christkindl (“Christ Child”), 18-year old Benigna Munsi opened the Advent season with a video message from a local TV studio.

The Christkindl is not only a symbol of the Nuremberg Christmas market but the person who, at Christmas, gives gifts to the children. It is a tradition that goes back to the 16th-century reformer, Martin Luther, and spread in many Protestant parts of German-speaking Europe. It was later adopted by Catholics and today is known in many parts of the world, although the American Santa Claus is gaining ground.

“My market always stays young” was Munsi’s prologue message, and she said she hoped that, especially this year, without a Christmas Market, people will remember the beauty of past markets with pleasure. She will meet people and read to children, online, but admits she will miss the physical interaction.

“I believe that this year is different, that we have to get used to doing things differently. And that Christmas simply moves people back into their homes. And in a way, that’s not bad,” she said on ZDF TV.

Some find it difficult to picture Germany and Austria without Christmas markets during Advent.

Traditionally, Christmas markets open in the days before the first Sunday of Advent. For centuries, they have been an integral part of the pre-Christmas season in Austria, Germany and Switzerland. Normally they have churches, castles, palaces and old town halls as backdrops.

It is part of the pre-Christmas experience where people meet for mulled wine or a snack. It is also a source of great revenue from tourists.

On Dec. 2, the Christmas Market on the Vienna Rathausplatz was canceled; most others around the country also have been canceled.

A few are still listed with a questions mark as to whether they will open as of Dec. 7, when some of Austria’s stricter COVID-19 restrictions are lifted. However, the 8 p.m. to 6 a.m. curfew for Austria will stay in place until Jan. 6.

In Graz, the Christmas market has opened with handicrafts and Christmas decorations, no food or drink.

Because of Germany’s COVID-19 operation Lockdown Light, which continues until Jan. 10, most Christmas markets there have been canceled.

Some cities have allowed single stalls far apart from each other; they offer mulled wine, Christmas delicacies and decorative and gift items to take away.

Berlin closed its markets. On Nov. 29, at the Gendarmenmarkt between the German and French cathedrals, a lone musician tried to make some money and offer some cheer.

But it is not only the economic loss this year. Michael Fraas, Nuremberg’s economic consultant, estimated the loss at 180 million euros just for his city, but he told a local station that the emotional loss was affecting him most severely as well.

An Irish woman who has lived in Germany for over three decades said, “It is not really the same without company and the market atmosphere.”

Church services are still allowed in Germany with restrictions. Many parishes are therefore looking for outdoor alternatives. The German Catholic news agency KNA reported that, in Nuremberg, one of the biggest planned open-air Christmas services in Europe has been canceled due to rising COVID-19 infections.

The ecumenical Christmas Eve service was to have been held in Nuremberg’s Max-Morlock Stadium, which seats 50,000 people.

Representatives of the Catholic and Protestant churches voiced their regret.

“Much heart and soul went into the preparations,” said the Protestant dean of Nuremberg, Jürgen Körnlein. But in light of high infection rates, even the open-air option for celebrating Christmas was no longer deemed justifiable. 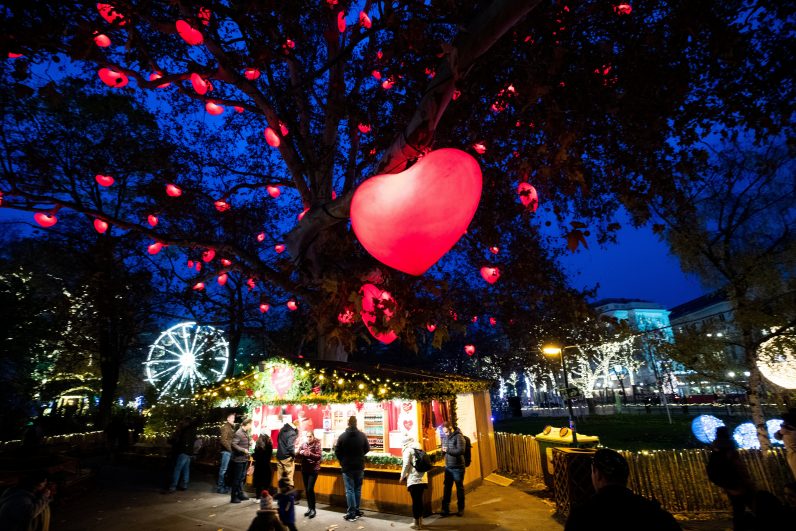 People gather around a hot punch booth beneath a tree decorated with red glowing hearts at the Vienna Christkindlmarkt market Nov. 27, 2019. This year, COVID-19 has caused most of the Christmas markets in Germany to close. (CNS photo/Lisi Niesner, Reuters)

NEXT: Pope: Make your heart accessible to people with disabilities