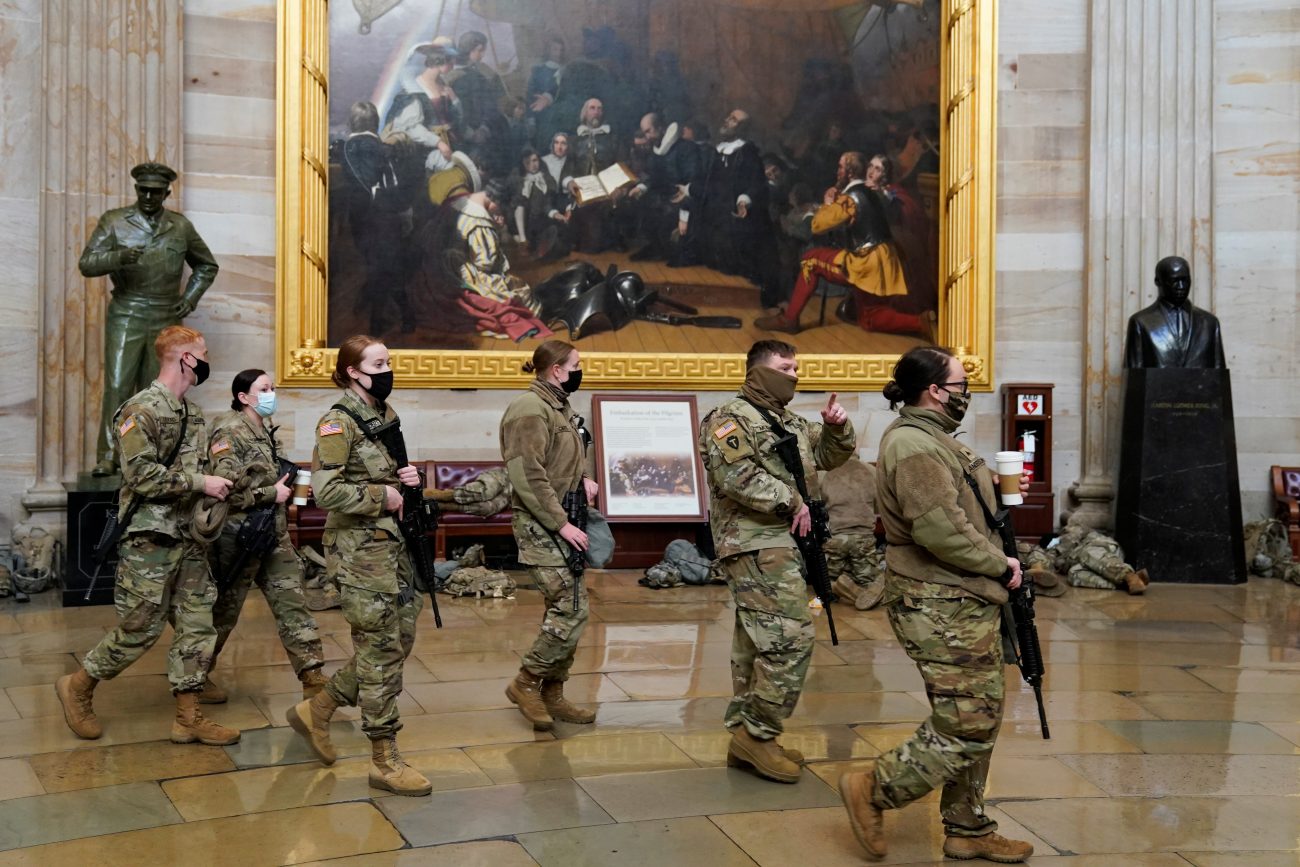 CLEVELAND (CNS) — The House of Representatives impeached President Donald Trump, charging him with “incitement of insurrection” for a speech lawmakers said spurred the riot at the U.S. Capitol and making him the first commander in chief to be impeached twice.

Ten Republicans joined all 222 House Democrats to approve the measure, one week after the violence.

House leaders planned to submit the article of impeachment to the Senate immediately after passage. Senate Majority Leader Mitch McConnell, R-Kentucky, has said the body would not take up the case before the inauguration of Joe Biden Jan. 20.

House Speaker Nancy Pelosi, D-California, opened two hours of debate by saying Trump was “a clear and present danger” to the nation and should be removed from office.

Momentum for impeachment built quickly in the days following the invasion of the Capitol by Trump supporters. Democrats expressed a desire to hold Trump accountable for actions during a Jan. 6 rally near the White House that they believe incited a violent mob.

On Capitol Hill that day, members of both chambers of Congress — gathered to affirm the election of Biden as president and Kamala Harris as vice president — were rushed into lockdown as rioters roamed the Capitol and vandalized offices.

The violence angered Democrats and Republicans, who felt their lives were endangered. However, the parties largely held differing views on how best to respond.

Democrats pushed for Trump’s immediate removal from office, saying he continues to pose a danger to the country during the final days of his presidency. They began drafting an article of impeachment while calling on Vice President Mike Pence and the Cabinet to take steps under the 25th Amendment to remove Trump from office.

Late Jan. 12, the House of Representatives adopted a resolution formally asking Pence to invoke the amendment. The measure passed 223-205, but is largely seen as symbolic because Pence later rejected taking such action.

While agreeing that the invasion was criminal in nature, Republicans argued for a different course of action, urging steps be taken to unify the nation. They claimed that impeachment would contribute to deeper partisan divides throughout the country.

House Minority Leader Kevin McCarthy, R-California, was among several Republicans throughout the day who called for forming a bipartisan commission that would investigate the security failings at the Capitol and develop recommendations to prevent future attacks. 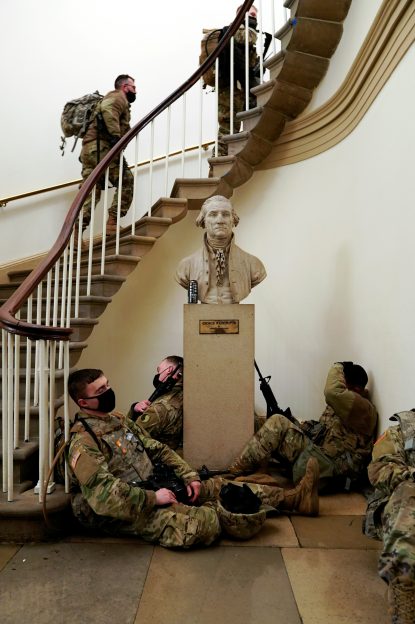 A day before the House vote, members of the Joint Chiefs of Staff, the body of senior uniformed leaders at the Pentagon, condemned the riot as “a direct assault on the U.S. Congress, the Capitol building and our constitutional process.”

The eight military leaders also affirmed Biden will be sworn into office Jan. 20, becoming the country’s 46th commander in chief.

The memo was a rare step for the joint chiefs as they have sought to keep the U.S. military out of the bitter political debates that have engulfed the nation in recent years.

In addition, the military leaders said they mourned the deaths of the two Capitol Police officers and others connected to the events.

“We witnessed actions inside the Capitol building that were inconsistent with the rule of law,” the memo said. “The rights of freedom of speech and assembly do not give anyone the right to resort to violence, sedition and insurrection.”

The tone of deliberations on the impeachment article was civil in contrast with the rancorous debate in December 2019 that resulted in Trump being impeached the first time. The Senate acquitted Trump of charges of abuse of power and obstruction of Congress Feb. 5 following a three-week trial.

The new impeachment resolution cited Trump’s repeated false and unsubstantiated claims that he won the November election. It also referenced his speech to supporters during a Jan. 6 rally near the White House after which participants marched to the Capitol. A large contingent violently breached security, disrupting the constitutionally directed action to affirm Biden as president and causing members of Congress to go into lockdown.

In the speech, Trump urged his supporters to continue the fight against the 2020 election results and “demand Congress do the right thing.”

“I know that everyone here will soon be marching over to the Capitol building to peacefully and patriotically make your voices heard,” he said.

The House’s article of impeachment also said Trump’s conduct earlier worked to “subvert and obstruct” certification of the election results. It particularly described Trump’s Jan. 2 call with the Georgia Republican secretary of state urging the official to “find” enough votes for the president to win the state.

“In all this, President Trump gravely endangered the security of the United States and its institutions of government,” the resolution says. “He threatened the integrity of the democratic system, interfered with the peaceful transition of power, and imperiled a coequal branch of Government. He thereby betrayed his trust as president, to the manifest injury of the people of the United States.”

NEXT: Healing a top priority in Buffalo, says incoming bishop