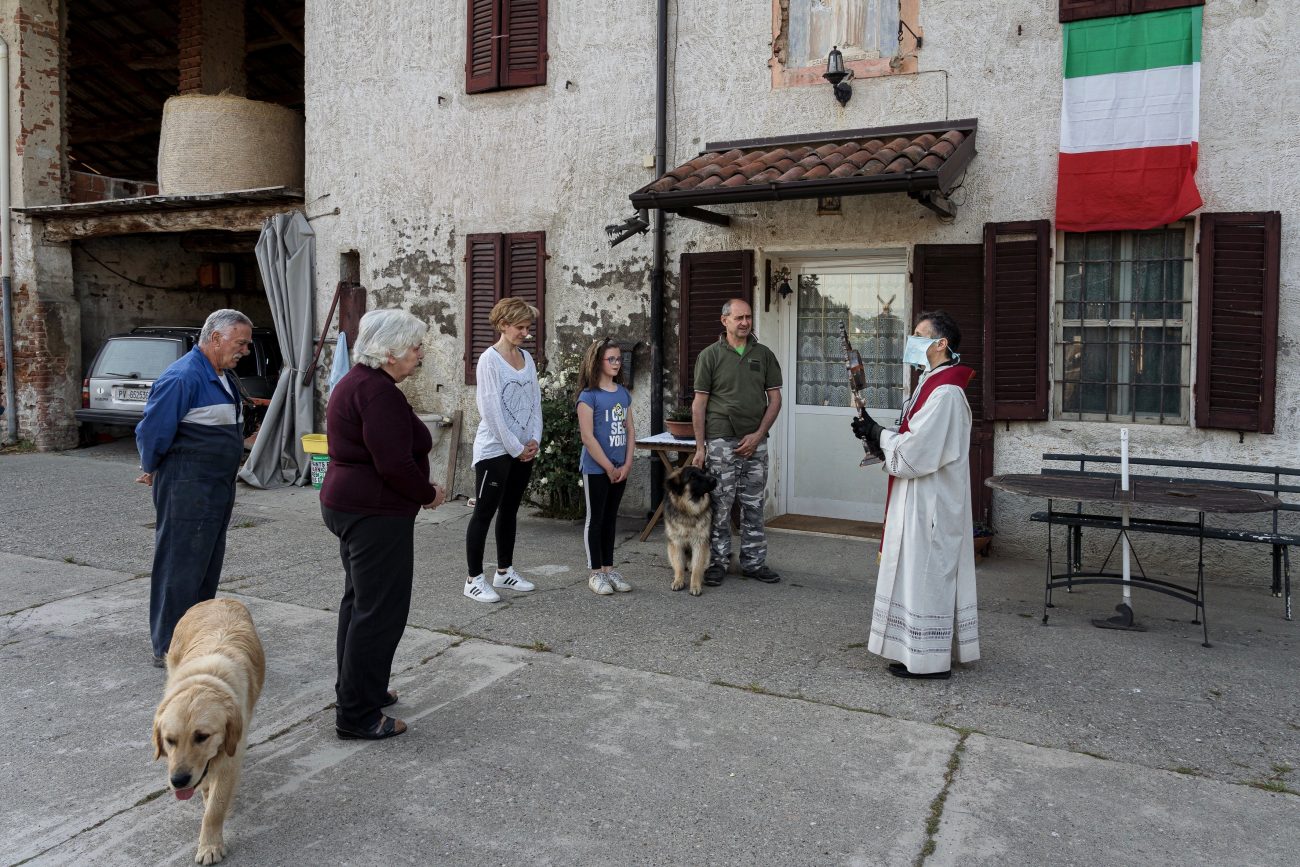 Residents receive a blessing from Father Giuseppe Castelvecchio as he travels around the small northern town of San Fiorano, Italy, to meet with members of his flock in this May 6, 2020, file photo. More than 200 priests in Italy have died of COVID-19 during a pandemic that has claimed the lives of 76,000 in the country. (CNS photo/Marzio Toniolo via Reuters)

ROME (CNS) — Of the more than 76,000 people known to have died of COVID-19 in Italy the past 11 months, more than 200 were priests, according to the Catholic newspaper, Avvenire.

Already four priests have died since the start of 2021, the newspaper said Jan. 6, adding that the cumulative toll amounts to about one death every one and a half days since the pandemic began.

Some 204 priests, many of whom were still actively serving their communities, have died in Italy as of early January, the newspaper reported.

While the majority of men were in their late 70s and 80s, one of the youngest to have lost his life was 58-year-old Father Alfredo Nicolardi of the Diocese of Como who died Dec. 31. Hospitalized Dec. 8, his condition worsened and, right before he had to be intubated, he asked a visiting priest for absolution “through the glass” separating them.

Vocationist Father Matteo Mpampanye, who was born in Congo and was serving in parishes south of Salerno, died Dec. 1 at age 51.

Meanwhile, residences for religious women continued to be hot spots for infection, in some cases, infecting almost all the residents.

For example, 104 out of 114 nuns living in a convent in the central Italian town of Bagnoregio tested positive for COVID-19 in mid-December. The breakout happened after the sisters attended a prayer gathering with another group of nuns, according to local reports.

Just a few days later, and in the same province of Viterbo, some 70 sisters living in a convent in Tuscania tested positive.

More recently, of the 45 religious sisters who tested positive for COVID-19 in an assisted living facility in Cervia, near Ravenna, 10 died from the infectious disease, according to news reports Jan. 3.