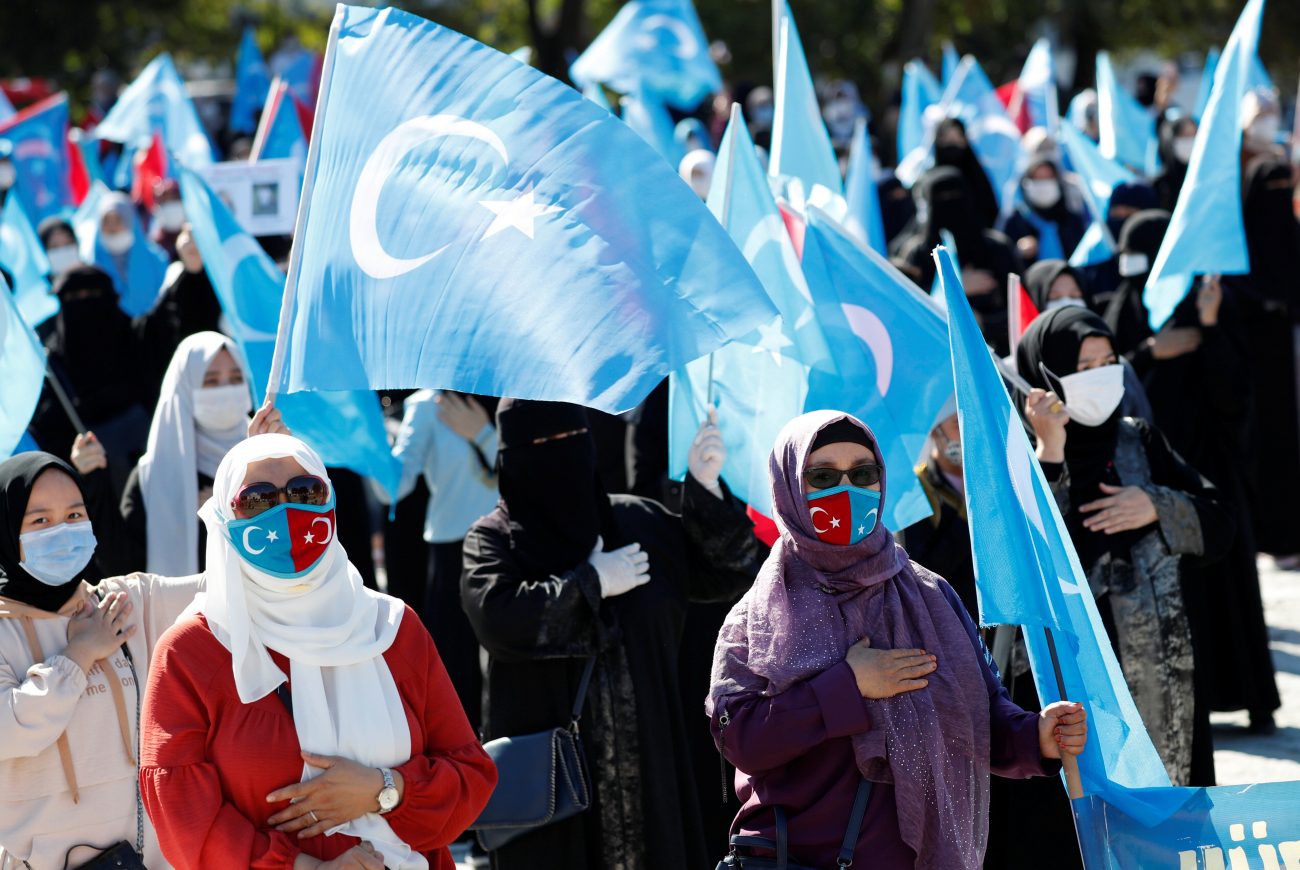 Ethnic Uighur women wave flags of the East Turkestan independence movement during a protest in Istanbul Oct. 1, 2020. Bishop Declan Lang of Clifton, England, has condemned persecution of Uighurs and backs the call to amend trade bill to allow reviews of U.K. deals with countries suspected of genocide.(CNS photo/Murad Sezer, Reuters)

MANCHESTER, England (CNS) — An English Catholic bishop joined faith leaders in condemning the persecution of Muslim minorities in China and supporting an amendment to allow the courts to review U.K. trade deals with countries suspected of genocide.

Bishop Declan Lang of Clifton, chairman of the international affairs department of the Bishops’ Conference of England and Wales, added his name to a letter ahead of a vote on Trade Bill 2019-21 in the House of Commons.

The faith leaders’ intervention put pressure on the government to take a position on the alleged genocide of Uighur and Turkic Muslims in China’s Xinjiang province at a time when Mike Pompeo, former U.S. secretary of state, and the team of President Joe Biden have each indicated that they believe China is committing “crimes against humanity.”

In their Jan. 19 letter to The Times, a London-based daily newspaper, the two Christian, one Jewish and two Muslim leaders said they stood united in their denunciation of the treatment of the minorities in Xinjiang, where 11 million Uighurs live.

They said the government had a “rare chance to act” in the face of “mounting evidence of a targeted birth prevention strategy which, along with the destruction of cemeteries, reports of mass incarceration, indoctrination, extrajudicial detention, invasive surveillance, enslavement and forced labour, can no longer be ignored.” 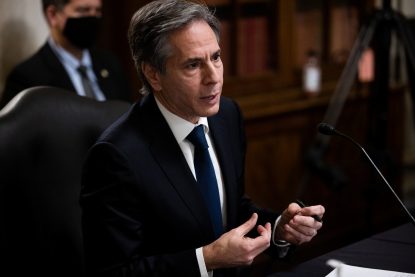 Anthony Blinken, President Joe Biden’s nominee for secretary of state, speaks during his confirmation hearing at the U.S. Capitol in Washington Jan. 19, 2021. Blinken told a Senate committee he agreed with outgoing Secretary of State Mike Pompeo that China was committing genocide against Uighur Muslims and other minorities. (CNS photo/Graeme Jennings, pool via Reuters)

“In line with long-standing government policy that genocide recognition is a matter for judges, not politicians, the amendment would give U.K. courts the chance to review evidence of genocide and, where that high threshold is met, for trade agreements with the offending country to be reviewed,” the letter said.

“Critically, the amendment would provide a sound legal basis for government action, something that is at present unobtainable through the United Nations,” it said.

Just days before leaving office, Pompeo accused China, under the direction of its Communist Party, of committing “genocide against the predominantly Muslim Uighurs and other ethnic and religious minority groups.”

His successor, Anthony Blinken, told a Senate confirmation hearing Jan. 19 that he agreed with the designation.

China rejected Pompeo’s statement as “outrageous lies,” and media quoted a Chinese foreign ministry spokesman as calling for the Biden administration to exercise “reasonable and cool-minded judgment” on the issue.

NEXT: At Mass, Minsk archbishop hands over archdiocese to administrator