Pope will not baptize infants on feast day this year 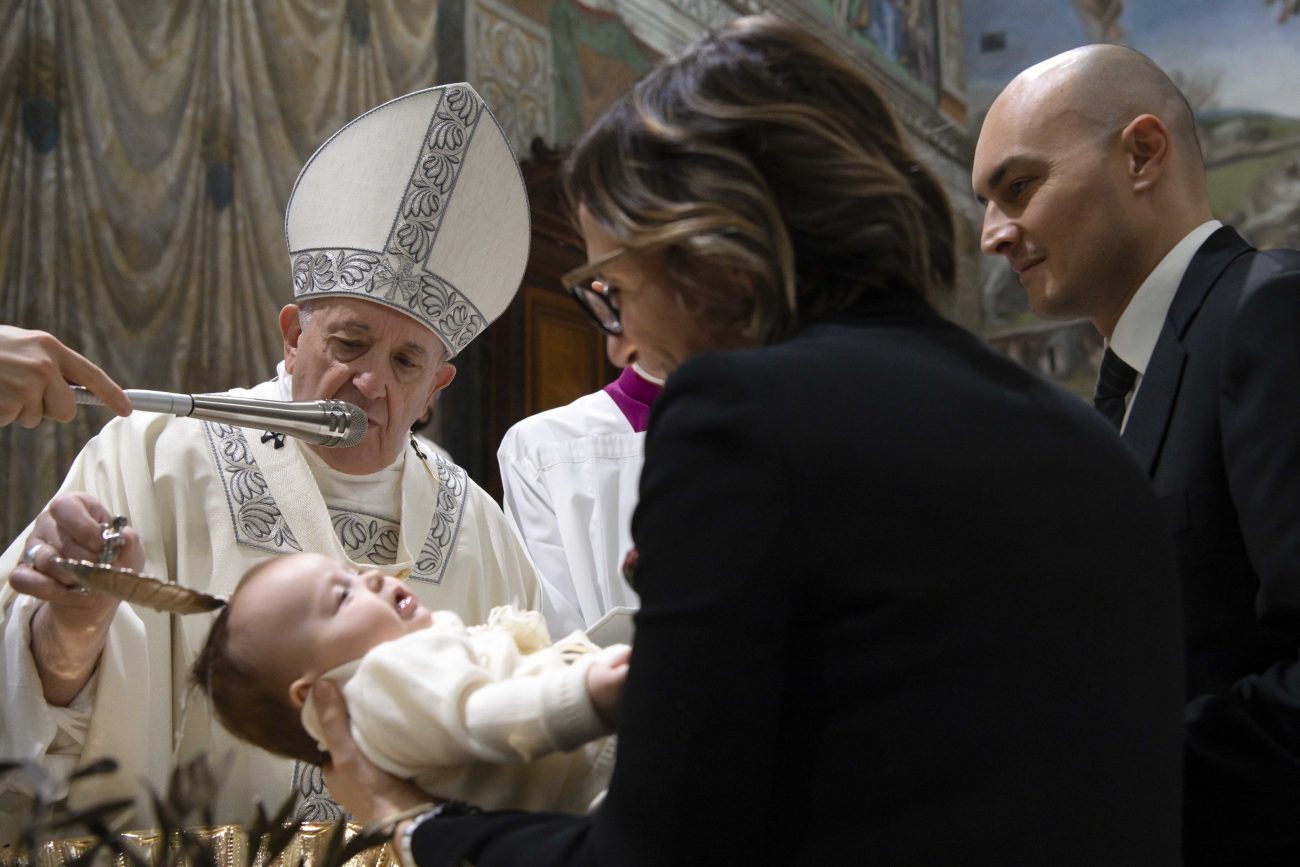 VATICAN CITY (CNS) — The choral cries of newborn babies will not fill the Sistine Chapel in 2021 because the COVID-19 pandemic has forced Pope Francis to cancel his annual celebration of infant baptisms on the feast of the Baptism of the Lord.

The Vatican press office announced Jan. 5 that the pope would not do the baptisms Jan. 10, but that the babies — most of whom are the children of Vatican employees — would be baptized in their home parishes instead.

Presiding over the annual event with as many as three dozen infants and their little siblings present, Pope Francis usually kept his homily very short. He almost always reassured the parents that it was normal for the little ones to fuss and said they should not hesitate to feed or change the babies to make them more comfortable.

St. John Paul II made the feast-day baptisms an annual event beginning in 1981 when he baptized nine babies in the Pauline Chapel, a smaller, more private chapel in the Apostolic Palace. In 1983, with 20 infants waiting for the sacrament, the liturgy was transferred to the Sistine Chapel.

When major restoration work was underway on Michelangelo’s frescoes in the Sistine Chapel in the late 1980s and early 1990s, the feast-day Mass and baptisms were celebrated mainly in the Hall of Blessings above the atrium of St. Peter’s Basilica. The celebration returned to the Sistine Chapel in January 1995.

NEXT: French archbishop, others protest proposal to rein in religious extremism