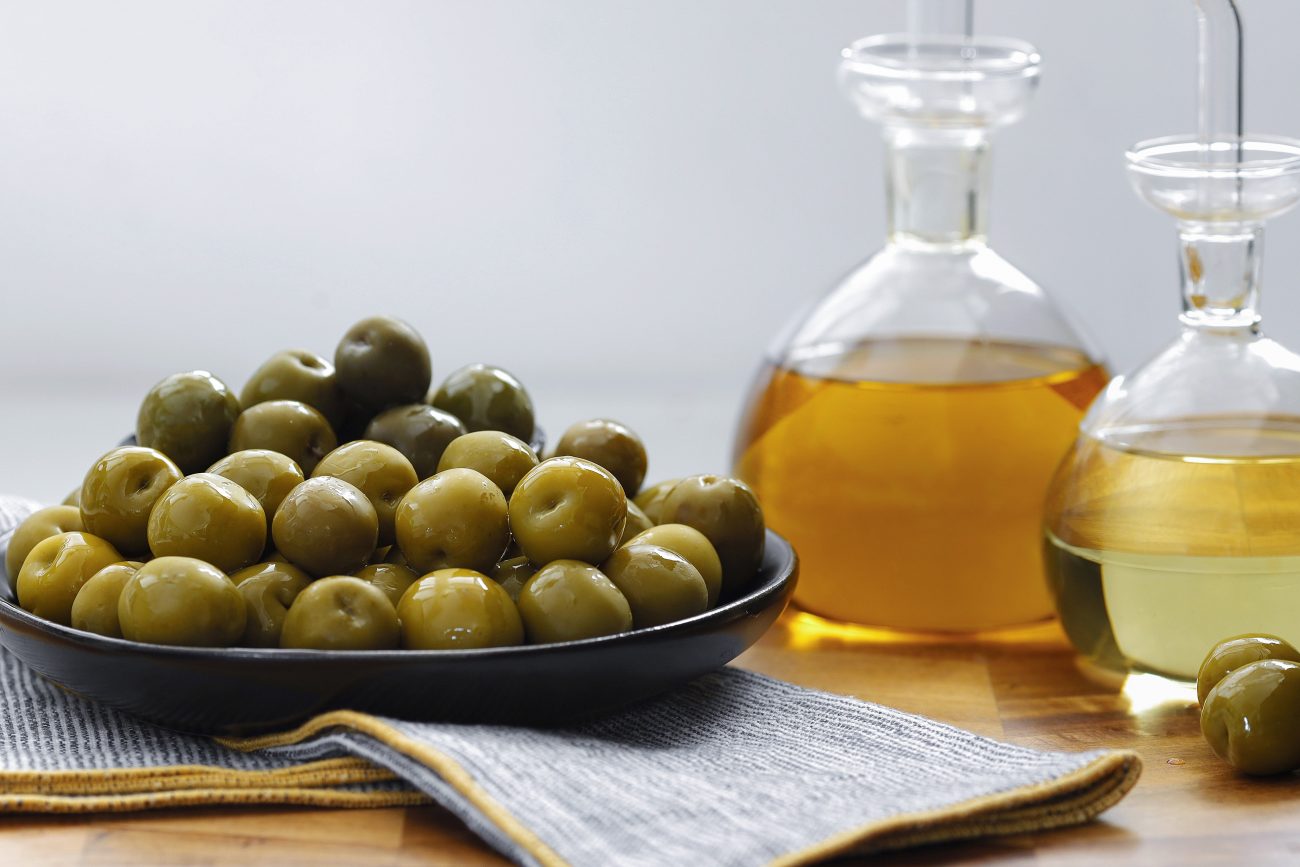 Olives have been cultivated and crushed for oil since at least 2,000 years before the Christian era. And the Bible gives no doubt to the abundance of olives at that time. (CNS photo/Nancy Wiechec)

Olives have been cultivated and crushed for oil for at least 2,000 years before the Christian era. Scripture gives no doubt to the abundance of the small bitter fruits in biblical lands.

The Old Testament celebrates olive trees as among God’s valued gifts to the faithful of Israel.

“For the Lord, your God is bringing you into a good country … a land of wheat and barley, of vines and fig trees and pomegranates, of olive trees and honey” (Dt 8:7-8). In Exodus, the Lord instructs Moses to make a sacred balm using olive oil scented with aromatics to anoint the tent of meeting and the Ark of the Covenant.

That anointing tradition continues in the Catholic Church today. Perfumed olive oil is consecrated and used during sacraments and at the dedication of churches and altars.

The Bible tells us the oil also was utilized as fuel. Yet, no passages mention the use of olives in cooking or at the table. However, according to scholar and writer Miriam Feinberg Vamosh, there is plenty of evidence that people of the time consumed olives.

“Other sources dating from the time of Jesus and shortly thereafter tell us that olives and olive oil were likely to have been part of every meal,” Feinberg Vamosh writes in her book, “Food at the Time of the Bible: From Adam’s Apple to the Last Supper.” 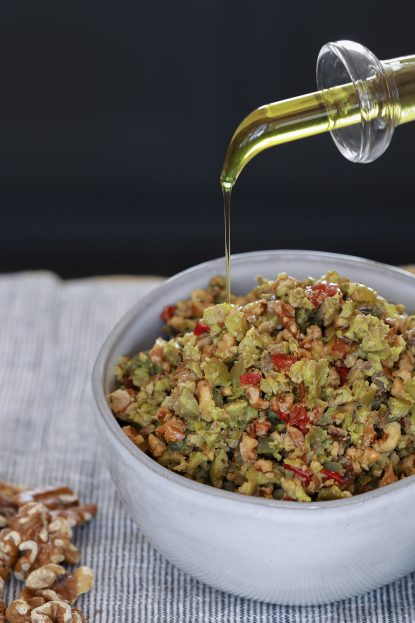 For as long as olive oil has been around, it is relatively new to American kitchens.

Olive oil began showing up on U.S. tables in the 1980s, promoting heart-healthy eating. Now, more than half of us keep some in the pantry at all times. We drizzle its fruity golden goodness into hot pans, over salads and on pasta.

Olive oil is rich in the monounsaturated fat oleic acid, often referred to as the “good fat.” It is said to reduce the risk of coronary heart disease and provide antioxidant and anti-inflammatory benefits.

The greatest producers and consumers of olive oil include Spain, Greece, Italy and Portugal, which are also among the world’s most Christian countries.

This recipe celebrates the olive fruit and its oil atop a canvas of creamy goat cheese and toasted baguette. Walnuts, which were also present in biblical times (see Song 6:11), give this relish a rich crunch.

If you don’t want to assemble crostini, the olive-walnut relish alone would be a great complement to roasted or grilled fish or meat. 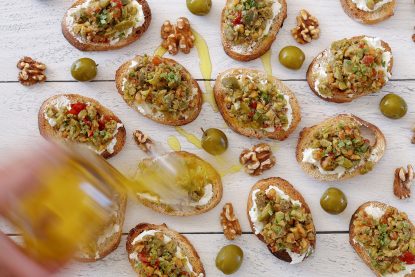 Preheat oven to 350 F. Spread the walnuts on a cookie sheet and toast until light brown, about 10 minutes. Let cool, then roughly chop the nuts.

Spread a generous pat of goat cheese on each slice of toasted baguette. Then top each with one tablespoon of olive relish. Arrange the crostini on a platter, drizzle a bit of olive oil over the tops, sprinkle with chives and serve immediately.

PREVIOUS: ‘Nomadland is ‘The Grapes of Wrath’ for our times

NEXT: The arduous birth pangs of ‘Roe v. Wade’