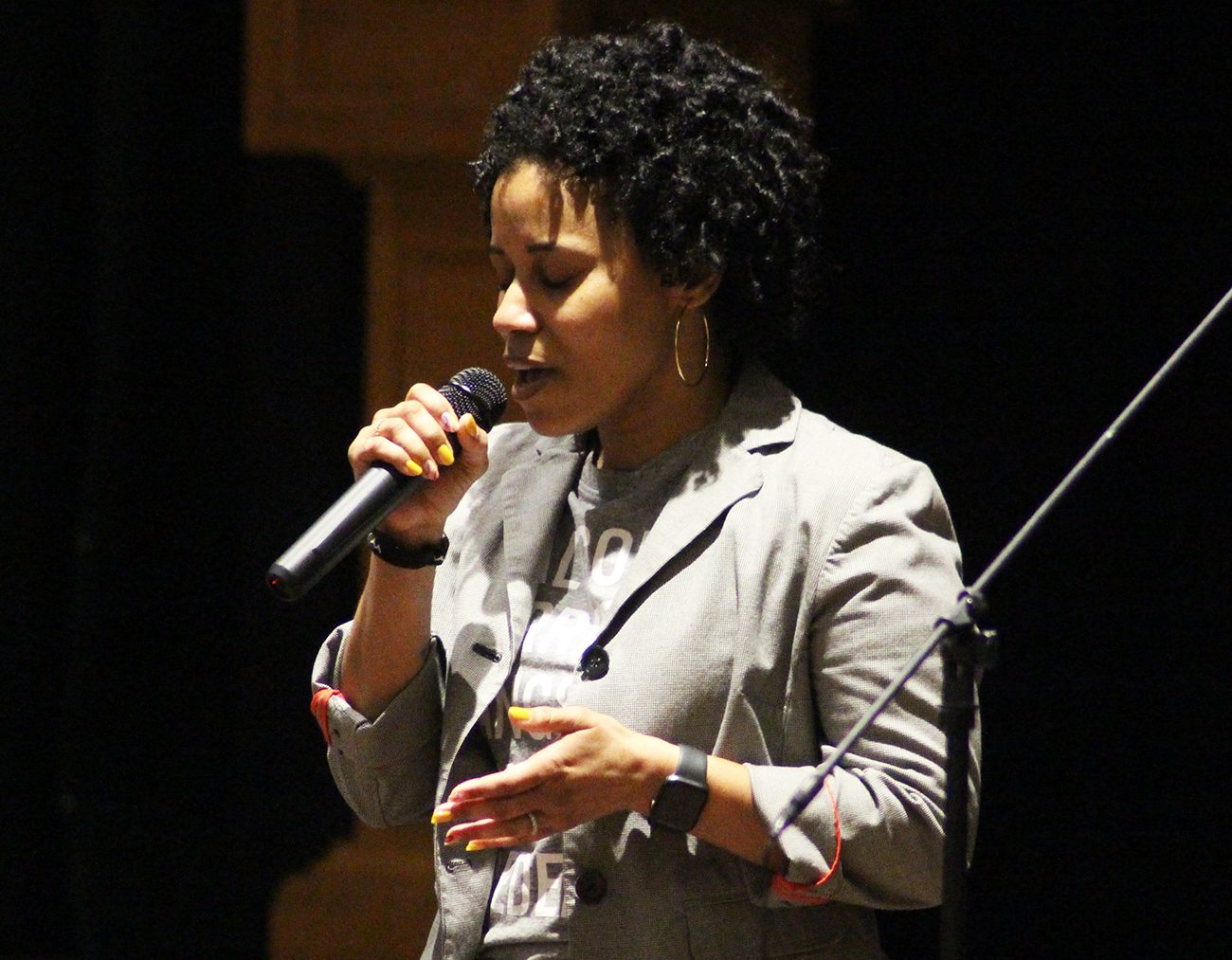 Students at an archdiocesan high school are finding their musical voices, thanks to a new songwriting course led by an acclaimed composer.

For two hours each Tuesday, participants will have the opportunity to simply “be creative and write some music,” said Dorsey, who plans to supply a basic melodic framework and then “let the students lead the way,” using “whatever styles they’re used to” in order to develop finished pieces.

“If there is a young person interested in jazz, we can write something geared towards that,” she said. “I love classical music, jazz, R&B, gospel – I have an appreciation for all styles.”

The goal, she said, is to demonstrate “there’s a process to writing a song,” one that relies on musical structures while allowing students “to be free and to open up that creative energy.”

“I wanted something joyous to celebrate all of the kids,” she said, including those of color, who have sometimes felt “like they’re still visitors.”

At the Feb. 9 launch of the new project, students seemed quite at home while listening to performances by Dorsey, soloist Jennifer Allen and God’s Men (the all-male schola of the Philadelphia Catholic Gospel Mass Choir). 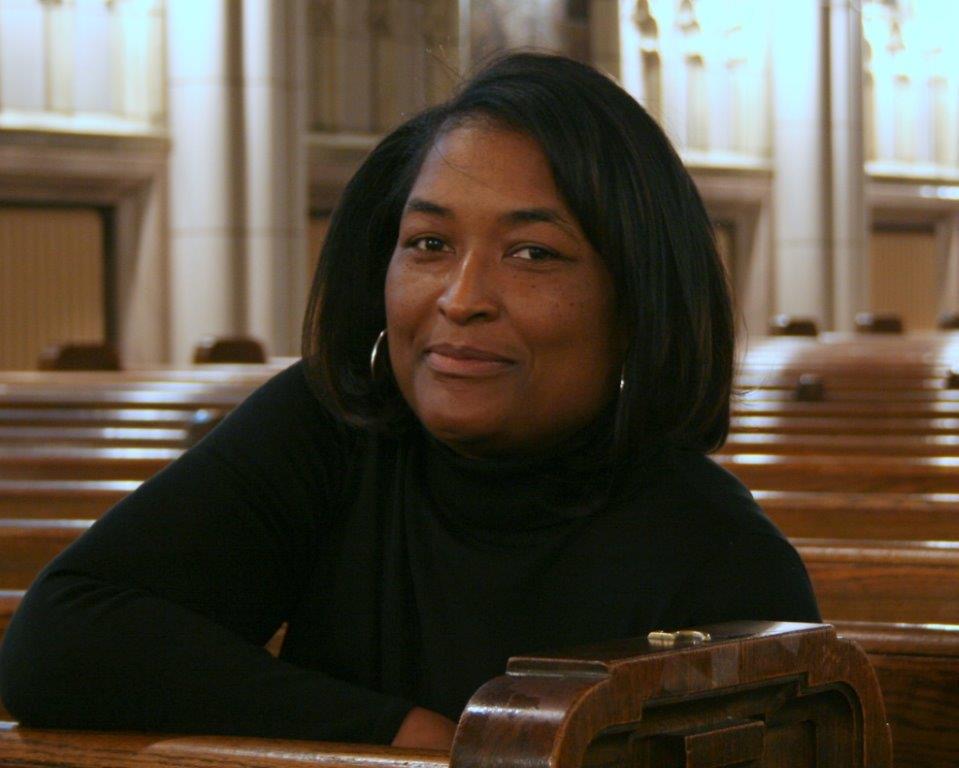 Gospel music is especially welcoming since it “contains a lot of genres,” Dorsey explained, noting that her own work draws from a range of musical sources.

Classically trained at Michigan State University and the University of Texas at San Antonio, Dorsey has spent more than three decades in liturgical music, and currently serves as choir director at St. Martin de Porres in North Philadelphia.

Four years ago, she became the first woman to direct the liturgical music at a National Black Catholic Congress conference, conducting a 100-voice choir at its daily Masses while writing musical scores for the accompanying string orchestra.

Nationally, Dorsey is best known for her original piece “Everybody Needs Someone,” which was presented in concert at the Juilliard School by alumnus and pianist Peter Dugan. Her composition “God’s Angel” was featured in the Philadelphia Inquirer after she dedicated a 2012 performance of the song (originally written after her mother’s death) to the victims of the Sandy Hook Elementary School shooting. A number of Taylor-Dorsey’s vocal works have been sung throughout the United States.

“They know a wide range of music, thanks to digital access through platforms like Spotify,” she said. “I’ve heard a lot of kids singing songs from Broadway musicals and movie soundtracks. They’re immersed a world that’s not as narrow as we tend to think.”

The arts themselves are “central to humane education,” since they provide a space in which “kids learn about themselves and take risks,” Wade said.

The creative curriculum is also “therapeutic” given the social isolation and anxiety caused by the COVID pandemic, said Dorsey.

“We’re in a period of spending so much time being alone, and this is an opportunity for these young women to express themselves and to share what’s on the inside,” she said, adding she has great expectations for the coming semester.

NEXT: For All Catholic musical ensembles, the show goes on(line)