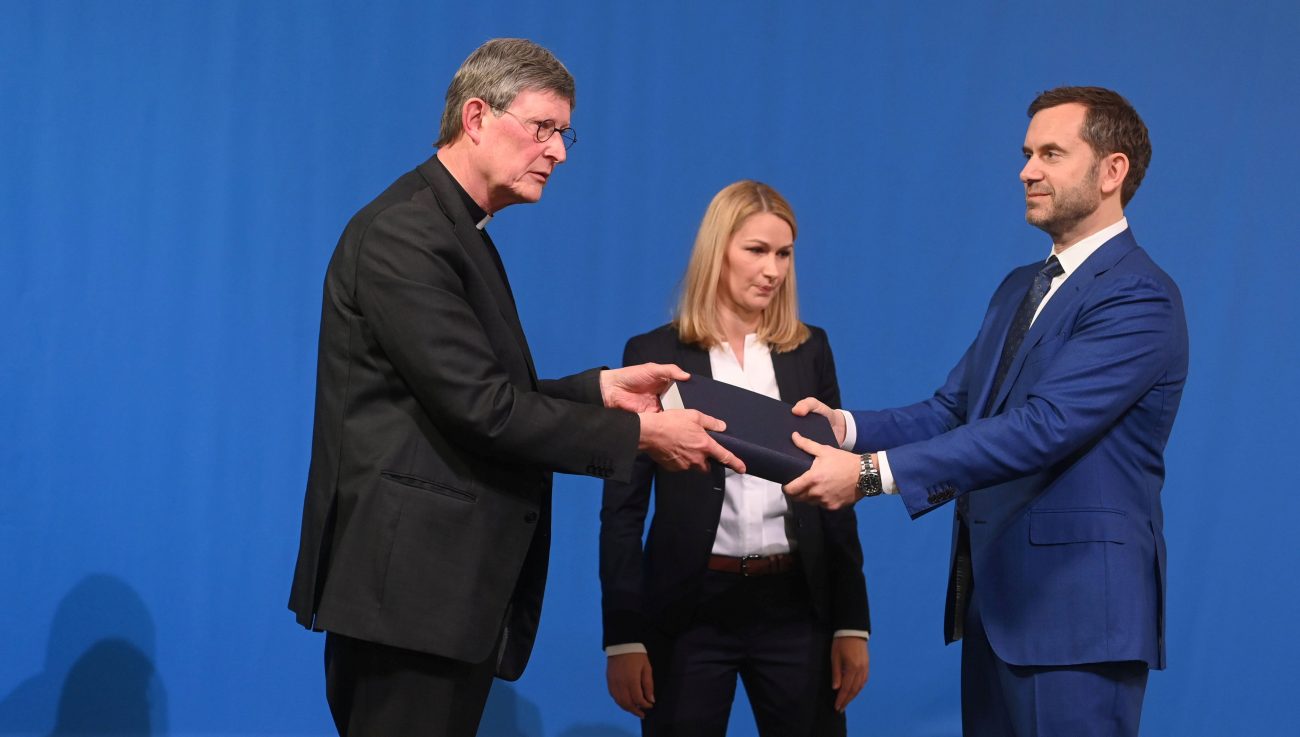 Lawyer Kerstin Stirner, center, looks on as Björn Gercke, an attorney for the law firm Gercke Wollschläge, hands German Cardinal Rainer Maria Woelki of Cologne a report on the handling of abuse in the Archdiocese of Cologne during a news conference March 18, 2021. Gercke and Stirner are co-authors of the study. (CNS photo/Ina Fassbender, pool via Reuters)

The report by the law firm Gercke Wollschläger accuses Cardinal Woelki’s predecessors, the deceased Cardinals Joseph Höffner (1906-1987) and Joachim Meisner (1933-2017), of many breaches of duty in the handling of abuse cases — in terms of state and church law as well as in terms of the church’s self-understanding, the German Catholic news agency KNA reported.

The report also incriminates the former vicar general, Father Norbert Feldhoff, and the head of the Cologne church court, Father Günter Assenmacher, who is accused of having given inaccurate legal information in two cases.

He added that he was not authorized to act in all cases, for example regarding diocesan bishops.

“I will therefore forward the report to Rome today,” the cardinal said.

The debate surrounding the investigation into past abuse in the biggest diocese in the German-speaking world has been making headlines for months. Several German bishops have repeatedly complained that the events in Cologne were damaging the entire church in Germany. Church membership resignations there have reached unprecedented levels.

Cardinal Woelki had originally commissioned another law firm to conduct the report but then refused to allow its publication because he considered it to be deficient. That prompted critics to accuse him of lacking the will to push for a rigorous investigation. However, victims, journalists and interested parties will be able to study that first report by a Munich law firm soon, KNA reported.

Björn Gercke and the co-author of the new study, Kerstin Stirner, accused church officials of being deeply ignorant of the law and said the files had been in a disastrous state. When the rules were secret, ignorance of the law was the logical consequence, they said. Officials had focused on shielding the church as an institution, the report said.

At the news conference that Cardinal Woelki attended, Gercke identified 75 breaches of duty by eight living and deceased officials between 1975 and 2018 based on the case files.

Cardinal Höffner had committed eight breaches of duty and Cardinal Meisner 24, or around a third of the total. Archbishop Hesse, who was director of personnel in the Cologne Archdiocese, is accused of 11 breaches of duty from his time in Cologne.

The former vicar general, Father Feldhoff, was accused of 13 violations and Auxiliary Bishop Schwaderlapp of eight.

The law firm said its investigation covered the period from 1975 to 2018. It found cases of abuse and transgressive behavior by 202 accused people, of whom almost two-thirds were clerics. There were 314 victims, including 178 males and 119 females. For 17 victims, the gender was not stated. 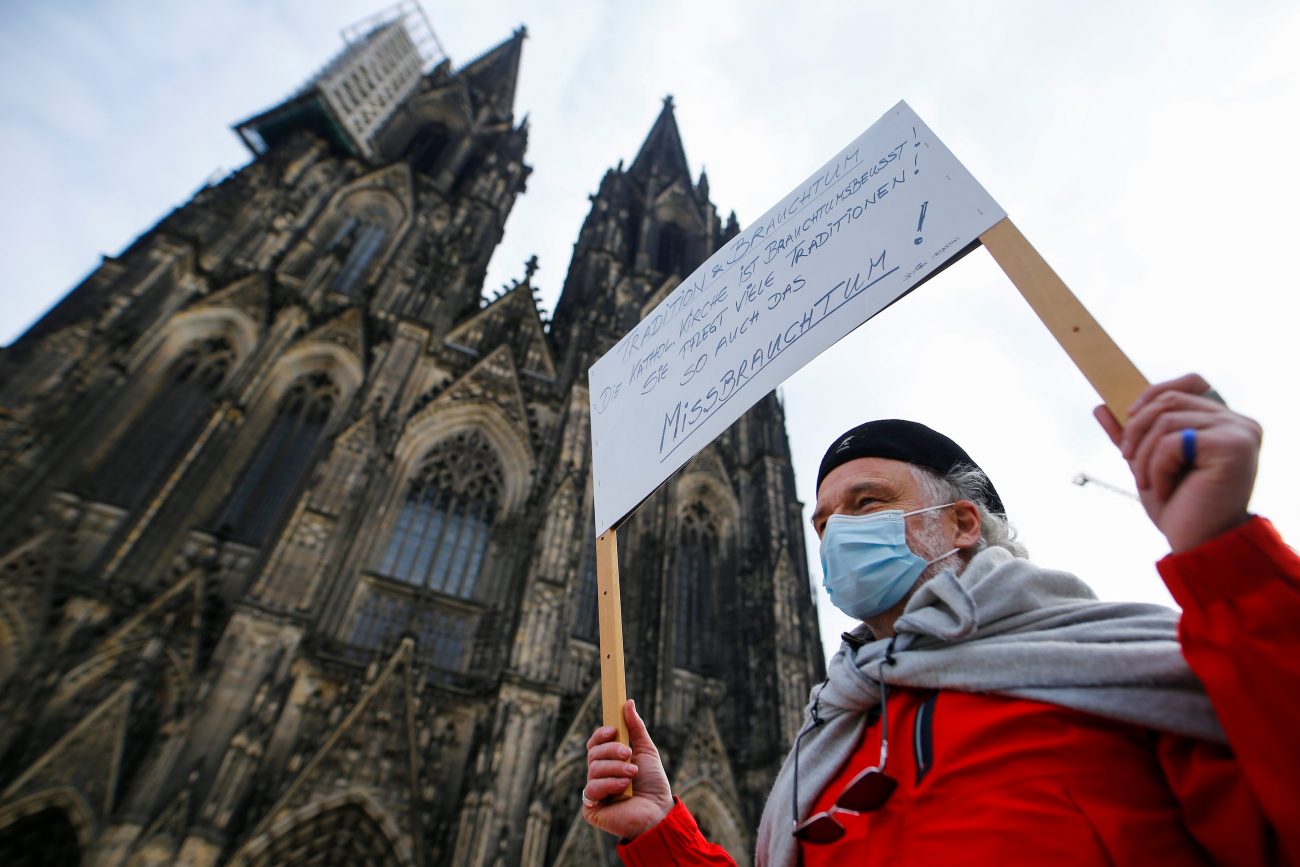 A demonstrator holds a placard reading “Tradition & Customs Catholic church cares for tradition! Maintain many traditions! Such as abuse!” during a protest in front of the Cologne Cathedral in Germany March 18, 2021, against sexual abuse by clergy. (CNS photo/Thilo Schmuelgen, Reuters)

NEXT: Ministry to families must meet their real needs, pope says