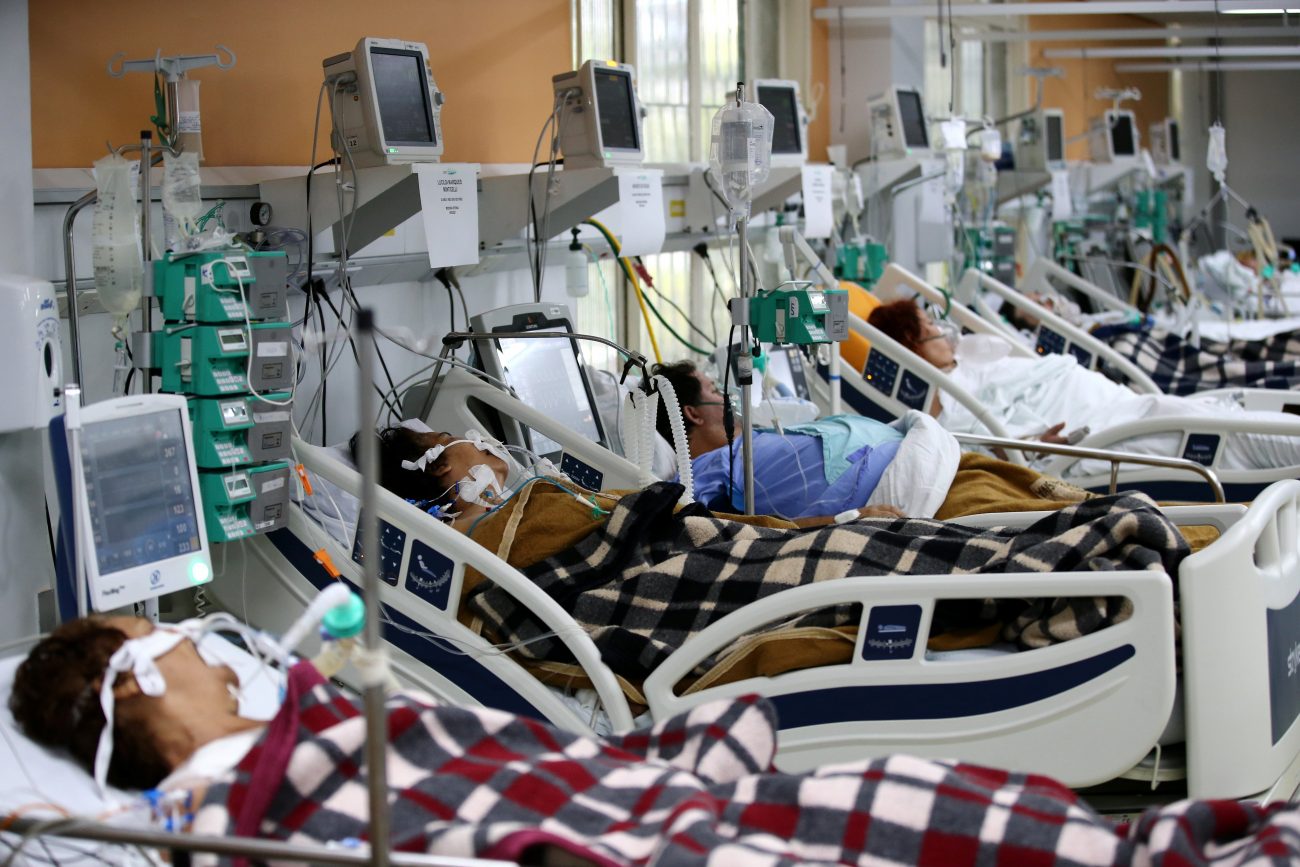 Patients are pictured in the emergency room of the Nossa Senhora da Conceição hospital in Porto Alegre, Brazil, March 11, 2021. The emergency room is overcrowded because of the spike in COVID-19 cases. (CNS photo/Diego Vara, Reuters)

In a document titled, “The People Cannot Pay With Their Lives,” the groups said it was time to end the escalation of death. The groups, which formed the Pact for Life and for Brazil consortium, presented the document on a video call to the National Forum of Governors.

“There is no time to waste; denialism kills,” said the document, referring to stances taken by Brazilian President Jair Bolsonaro, who has denied the critical situation the country is facing and downplayed the importance of using masks and maintaining social distancing.

Brazil faces its worst peak of the COVID-19 pandemic, and the six signatories call for the mass vaccination of the population.

“The Brazilian people need vaccines now. The virus will not go away through obscurantism, angry speeches or offensive phrases. Enough nonsense and irresponsibility,” the document said.

“Sick people are dying in agony due to a lack of hospital resources. The country’s public health care system continues to save lives. However, health professionals, after a year on the front lines, are on the verge of exhaustion. We recognize their efforts,” it said.

According to the latest data by local health departments across Brazil, more than 1,400 people across the country remain on waitlists for intensive care units. In the first half of March, there were reports of at least 50 people dying in hospital hallways, waiting for an ICU bed.

The consortium members urged the governors not to be “accomplices in this show of contempt for human life.”

“We ask that governors and mayors think not only about their own states and municipalities, but about the country as a whole, through a great pact. We are all one Brazil,” the document said.

“The virus is infecting and killing the youngest and healthiest among us and using them as vectors of transmission. May Brazilian youth assume their historical role in the defense of life and of the country, facing the denialism that is the agent of death,” said the document.

In a message as part of the video call, Archbishop Walmor Oliveira de Azevedo of Belo Horizonte, bishops’ conference president, said that, in light of the Gospel values, the bishops are “challenged to join hands with the sensible segments of Brazilian society in view of the priority of priorities, which, at the moment, is saving lives.”

NEXT: No one can be excluded from the care, love of the church, cardinal says