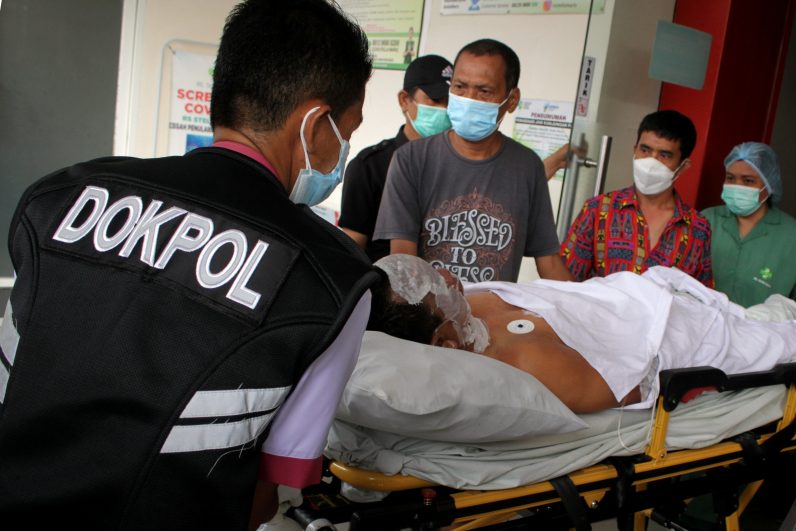 A destroyed motorbike and the body parts of a man and a woman were found after the bombers attacked the main gate of Sacred Heart of Jesus Cathedral around 10:30 a.m. March 28, reported ucanews.com.

“We were suspicious because two perpetrators riding a motorbike tried to get into the churchyard, but our security guard stopped them, and several seconds later the bomb exploded,” Father Wilhelmus Tulak, who witnessed the incident, told ucanews.com.

Father Tulak, parish priest of the cathedral, said five cathedral security guards and several congregation members suffered burns and injuries from the blast, but no one was killed.

South Sulawesi provincial police chief Merdisyam said, “We have coordinated with church leaders in the province to tighten security during Holy Week Masses until Easter, so such an incident doesn’t happen again.”

“We handed over the case to the security forces,” he said, adding that Holy Week services would be held.

“The bomb blast doesn’t only hurt Catholics but also all Indonesian people and humanity,” the prelate told ucanews.com. “May the incident encourage all of us tirelessly to build true fraternity among fellow citizens of the nation. We leave it to security officers to handle the case well to protect all people.”

Anwar Abbas, deputy chairman of the Indonesian Ulama Council, called the blast an attack on humanity and said it cannot be tolerated because it contradicted religious values.

Stanislaus Riyanta, an intelligence analyst from the University of Indonesia, tied the attackers to Jamaah Ansharut Daulah, which is affiliated with the Islamic State group. The terror group bombed three churches in Surabaya, Indonesia, in 2018 and a cathedral in Jolo, Philippines, in 2019.

He said the incident was connected to the arrest of dozens of terrorists in several regions in the country by the police anti-terror squad since January.

President Joko Widodo condemned the incident and said terrorism is a crime against humanity.

“I ask society to stay calm and to continue holding worship services because the state ensures religious people’s life,” he said.

Pope Francis invited prayers for the victims at the end of Palm Sunday Mass in St. Peter’s Basilica in the Vatican. 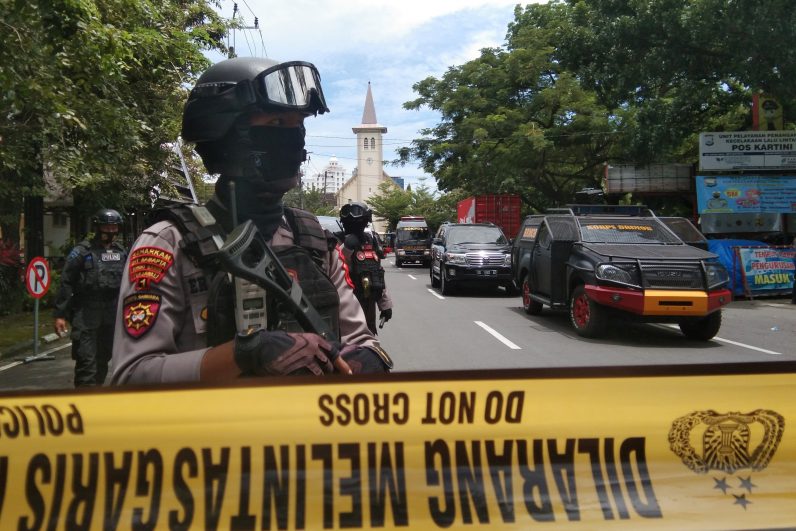 NEXT: Jesus takes on human suffering to draw close to us, pope says