Vancouver archbishop works with provincial officials to get churches open 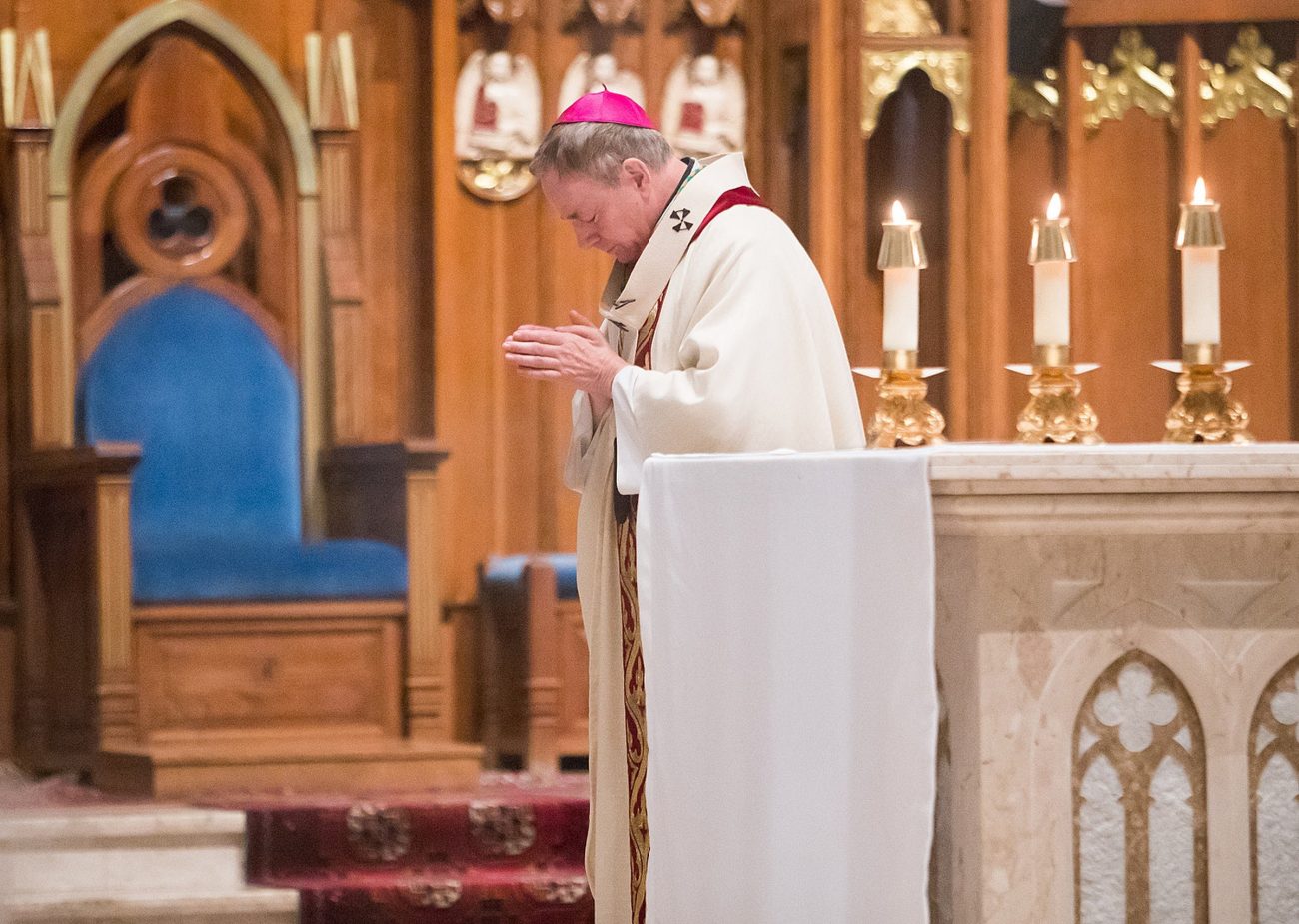 At the recommendation of Dr. Bonnie Henry, provincial health officer, the archbishop is working with Robert Daum of Simon Fraser University’s Morris J. Wosk Centre for Dialogue in a “process” to consider how to provide “small, safe indoor services” for parishes for important Easter services.

“Let’s hope that this process will come to a fruitful conclusion in time for the celebration of Easter,” the archbishop said.

Under current health orders, churches are allowed to open their doors for weddings, funerals, and private prayer at a maximum of 10 total participants.

Archbishop Miller told Makani Marquis, archdiocesan communications director, he plans to return to conversations with health authorities with a modified request: for indoor services at 10% of church capacity with a maximum of 50 participants starting Holy Thursday, April 1.

He said this basically amounts to a return to where churches stood in November, before health orders completely banned indoor religious gatherings.

Archbishop Miller filed a petition in B.C. Supreme Court asking for an exemption from the government’s ban on public worship. He said that, if necessary, he will take the legal route, but he is hoping to find a solution outside of court.

The archbishop told The B.C. Catholic, Vancouver archdiocesan newspaper, that although he was disappointed by Henry’s decision not to allow reopening at 10% capacity, he was “gratified” that she “acknowledged that ‘the Roman Catholic Church was exemplary in supporting their congregations during this critical time, including through Easter of 2020 and indeed since.'”

In her response, Henry said the request to open churches at 10% would, in some cases, amount to gatherings of 100 people or more who do not usually interact in person, coming together indoors and creating “risky settings.”

She added that clusters of positive cases “stemming from religious gatherings and religious activities have been noted since the onset of the pandemic globally, nationally and in British Columbia.”

Archbishop Miller has maintained that there have been no known outbreaks in churches in the Archdiocese of Vancouver, but in her letter, Henry said there may have been cases linked to churches, and those cases could be unknown to church officials for confidentiality reasons.

She added she expects a return to larger gatherings and easing up on restrictions by this summer.

Ruck is assistant editor of The B.C. Catholic.