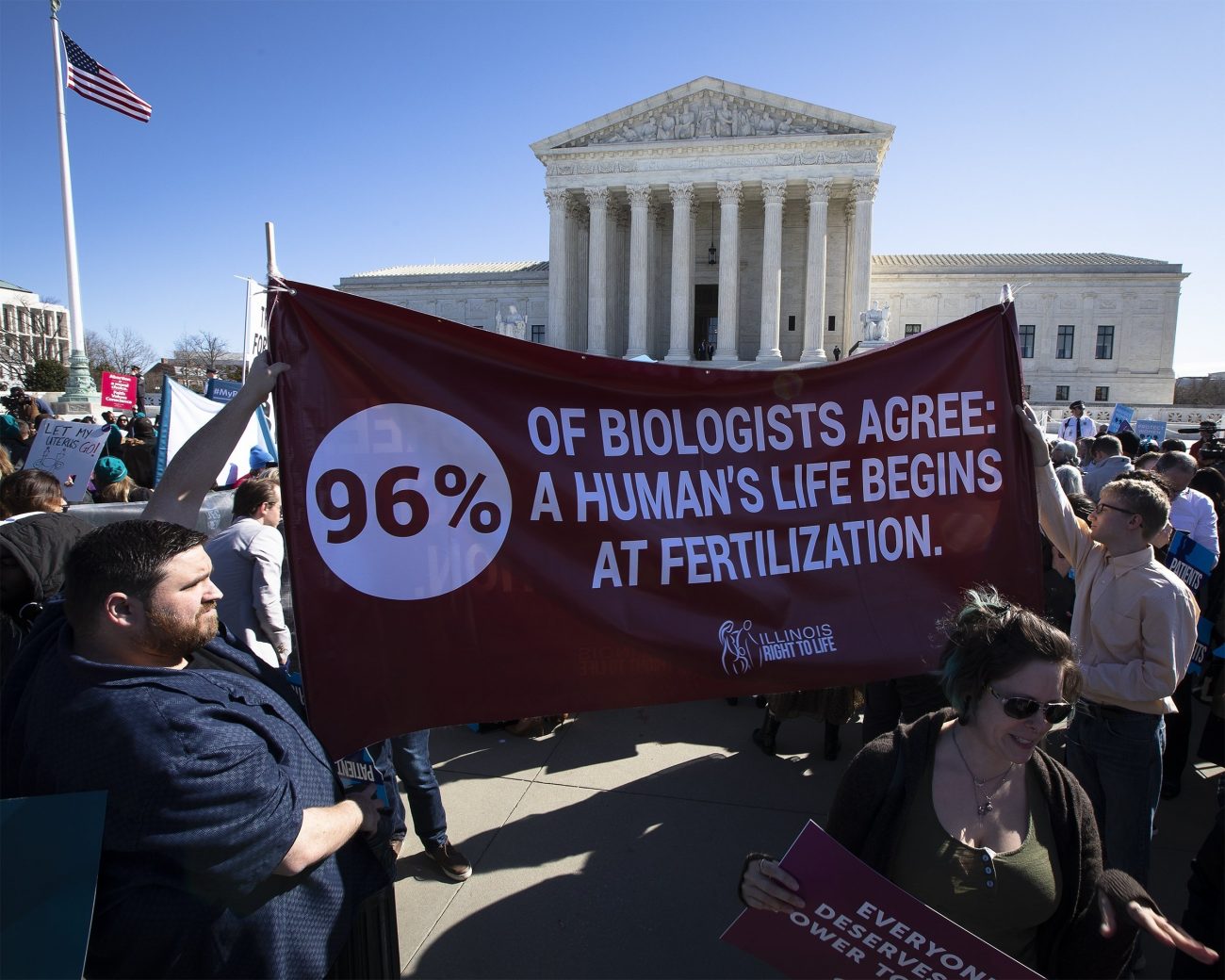 WASHINGTON (CNS) — The chairman of the U.S. bishops’ pro-life committee April 20 called on the Biden administration to fund research “that does not rely upon body parts taken from innocent children killed through abortion.”

“The bodies of children killed by abortion deserve the same respect as that of any other person,” said Archbishop Joseph F. Naumann of Kansas City, Kansas, chairman of the U.S. Conference of Catholic Bishops’ Committee on Pro-Life Activities.

“Our government has no right to treat innocent abortion victims as a commodity that can be scavenged for body parts to be used in research,” he said.

His remarks were a reaction to a notice the National Institutes of Health in Bethesda, Maryland, posted April 16 in the grants area of its website announcing the end of a Trump administration ban on research involving human fetal tissue acquired from elective abortions.

In addition, NIH and the U.S. Department of Health and Human Services will no longer convene the Human Fetal Tissue Research Ethics Advisory Board.

Under President Donald Trump, the two agencies had established the board to review research applications for NIH grants, cooperative agreements, and research and development contracts that proposed using fetal tissue from elective abortions.

The previous administration also terminated contracts with outside institutions that used fetal stem cells for research.

According to Roll Call, a news outlet on Capitol Hill, the decision to lift the ban came after 26 House Democrats wrote to HHS Secretary Xavier Becerra, urging this policy change.

“It is unethical to promote and subsidize research that can lead to legitimizing the violence of abortion,” Archbishop Naumann said in his statement. “Researchers have demonstrated that we can do effective scientific research and develop efficacious clinical treatments without harvesting tissue from aborted babies.”

“It is also deeply offensive,” he added, “to millions of Americans for our tax dollars to be used for research that collaborates with an industry built on the taking of innocent lives.”

Other pro-life reaction to NIH’s announcement included a statement from Tom McClusky, president of March for Life Action, the sister organization of the March for Life Education and Defense Fund.

“This type of experimental research is a gross violation of human dignity and is not where the majority of Americans want their tax dollars being spent,” McClusky said. “The government has no business creating a marketplace for aborted baby body parts.”

It is a move in the wrong direction, agreed Tara Sander Lee, senior fellow and director of life sciences at Charlotte Lozier Institute, which is the research and education arm of the Susan B. Anthony List.

“There are superior and ethical alternatives available such as adult stem-cell models being used by countless scientists worldwide to develop and produce advanced medicines treating patients now, without exploitation of any innocent life,” she said. “All scientists should reject the administration’s attempts to prey on fears related to the pandemic to advance the practice of harvesting fetal tissue.”

“Pro-abortion Democrats push this deeply unpopular agenda at their own political peril,” said Marjorie Dannenfelser, president of the Susan B. Anthony List.

The HHS ban on NIH using human fetal stem cells in research announced June 5, 2020, came after an audit and review of its own research involving human fetal tissue and elective abortions. Regarding contracts with outside institutions, HHS refused to renew a $13 million research contract with the University of California, San Francisco, because it failed to live up to it moral and ethical standards.

In 2019 alone, NIH spent $120 million on fetal tissue of unborn babies, according to a news release issued by HHS at the time.

“Pursuant to the law, it also provided stem cells for research” he said, adding that new cord blood program was combined with an expanded bone marrow initiative, whose main sponsor was the late Rep. C.W. Bill Young, R-Fla.

“This continues funding at the same levels authorized in the 2015 authorization bill,” Smith said.

“Each year, nearly 4 million babies are born in America. In the past, virtually every placenta and umbilical cord was tossed as medical waste,” Smith said in his comments on the floor. “Today, doctors have turned this medical waste into medical miracles.”

“Not only has God in his wisdom and goodness created a placenta and umbilical cord to nurture and protect the precious life of an unborn child,” he continued, “but now we know that another gift awaits us immediately after birth. Something very special is left behind — cord blood that is teeming with lifesaving stem cells.”

According to Smith, one of “the best kept secrets in America” is “umbilical cord blood stem cells and adult stem cells in general are curing people of a myriad of terrible conditions and diseases — over 70 diseases in adults as well as in children.”

NEXT: Former cop found guilty on all counts in death of George Floyd